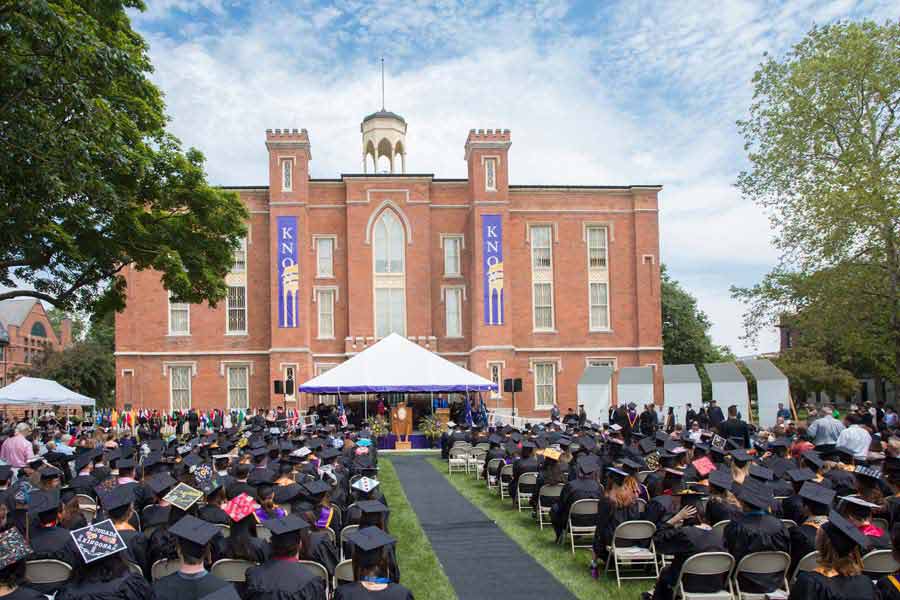 About 300 graduating seniors received their bachelor's degrees on Sunday, June 4, during Knox College's 172nd Commencement exercises on the South Lawn of Old Main.

Honorary degrees were awarded to Longoria; Wes Jackson, co-founder and president emeritus of The Land Institute and a leader in the international sustainable agricultural movement; and Fay Hartog Levin, distinguished fellow at the Chicago Council on Global Affairs and former U.S ambassador to the Kingdom of the Netherlands.

In addition, President Teresa Amott paid a special tribute to one of the audience members at Commencement: Rosemary Swise '42, who was observing the 75th anniversary of her graduation from Knox.

After Longoria delivered her remarks, the graduating seniors and the rest of the audience heard from senior class speaker Steffi Antony, an anthropology and sociology major from Mount Prospect, Illinois.

In her Commencement Address, Longoria noted that Knox "has such an incredible legacy of moral leadership—a place that was far ahead of its time in opening doors of opportunity to women and people of color."

"I know you will draw on that legacy throughout your lives," she told the graduating seniors.

Longoria spoke to the audience about some of the details of her life, such as growing up in Texas and being proud of both her Mexican and American roots. She said she learned about compassion as a child from her sister, Liza, who has special needs. One day, someone at school stole Liza's jacket, and when Eva asked who would do such a thing, Liza replied: "Somebody who must have been cold."

"I hope you will always choose to see the best in others, too," she told the Class of 2017.

"I hope that along the way of your chosen paths, you will continue to find ways to show kindness, and serve others. Places like Knox have done so much to expand access to students from all backgrounds and walks of life—but we know that as a country, we have much more work to do," she added. "It's going to be your job to help the next generation learn from your path and experiences. And it will be your job to help create a society of more equal opportunity for others."

In speaking to her classmates, Antony focused on the concept of change and said that she and the rest of the class found growth, acceptance, and "our personal adventures" while at Knox.

"Change begins with acceptance, and that is what Knox taught us," Antony said. "Change doesn't arrive on its own. Change is what we bring."

She concluded by congratulating her classmates and adding: "Change does not stop here." 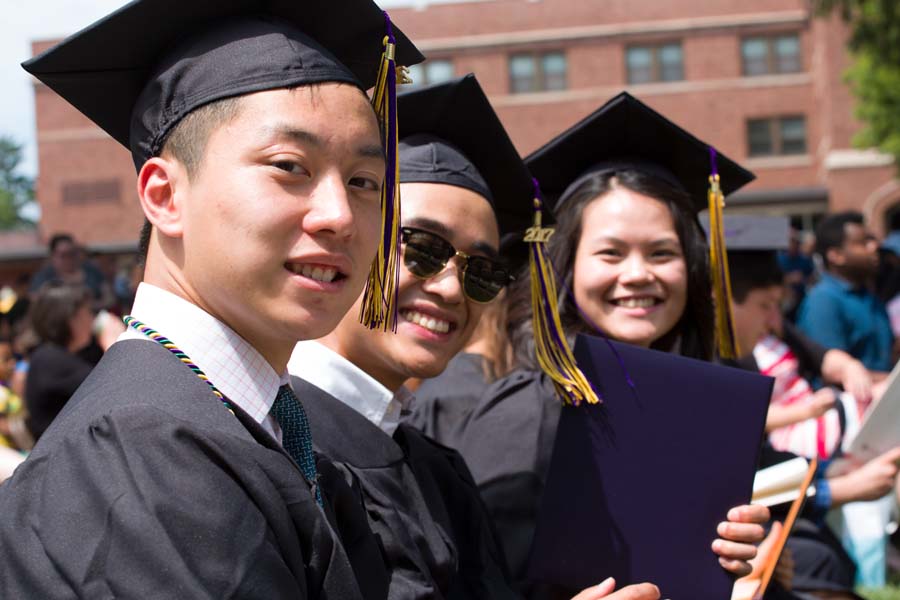 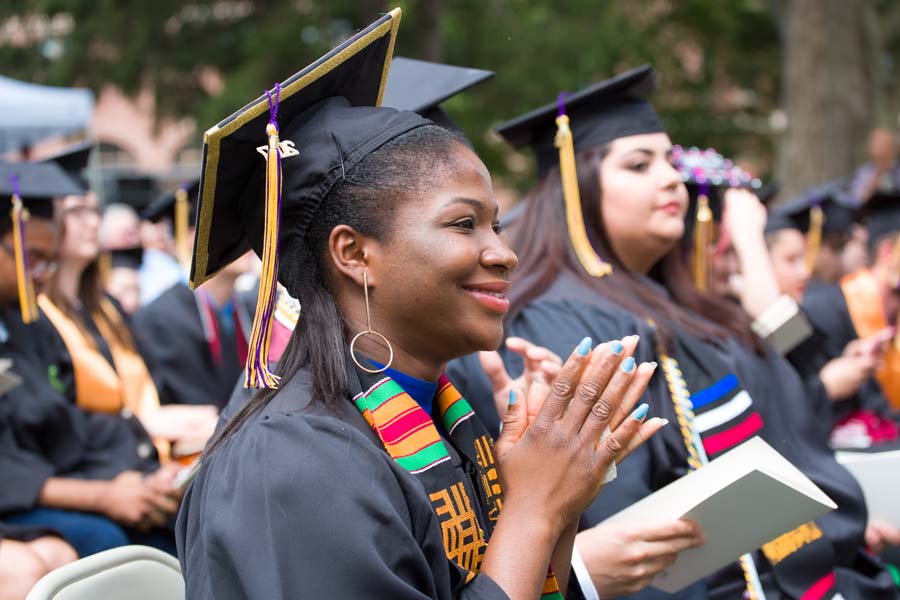 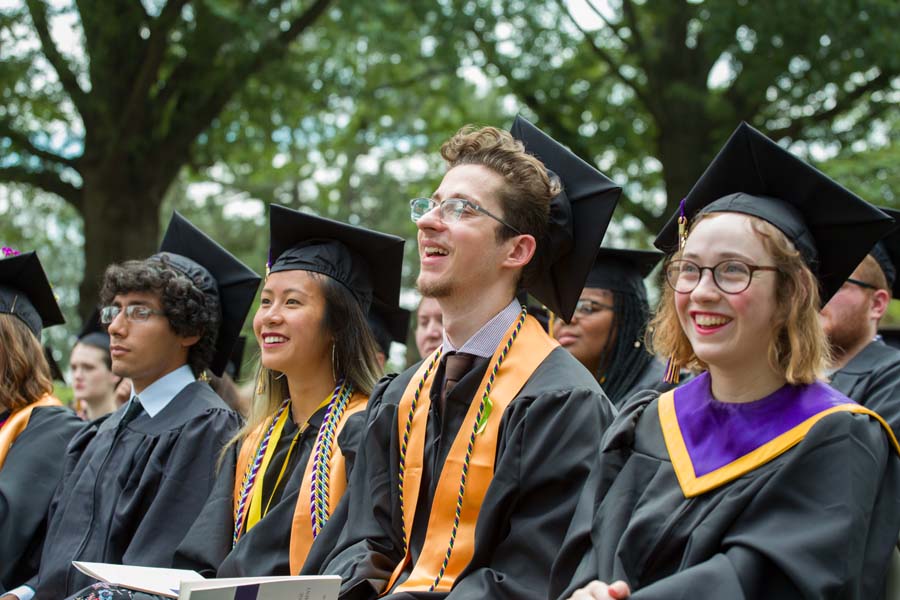 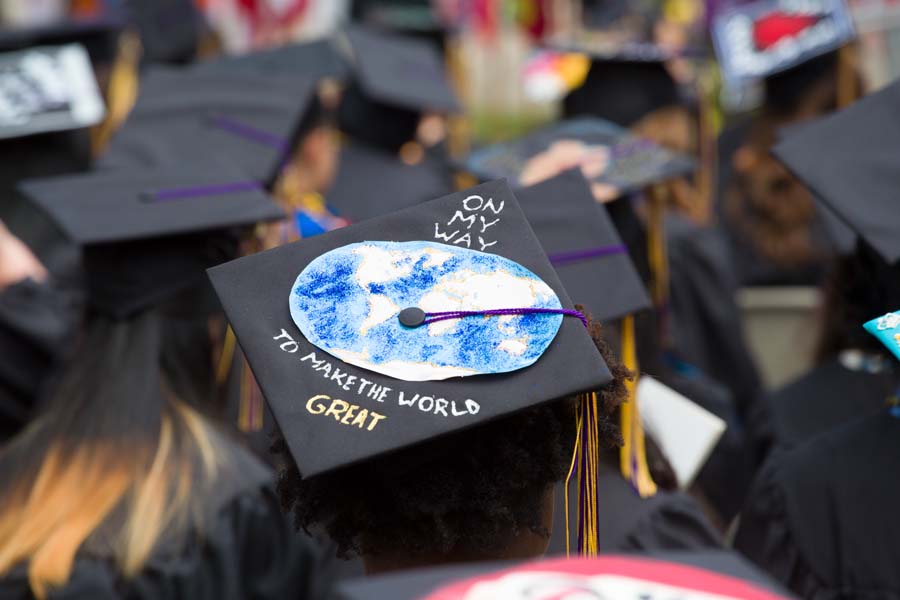 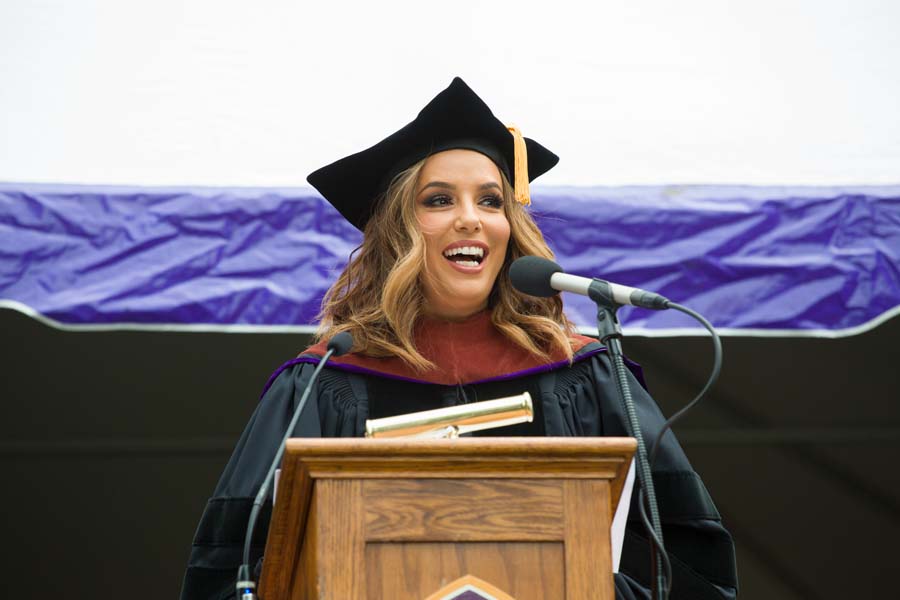 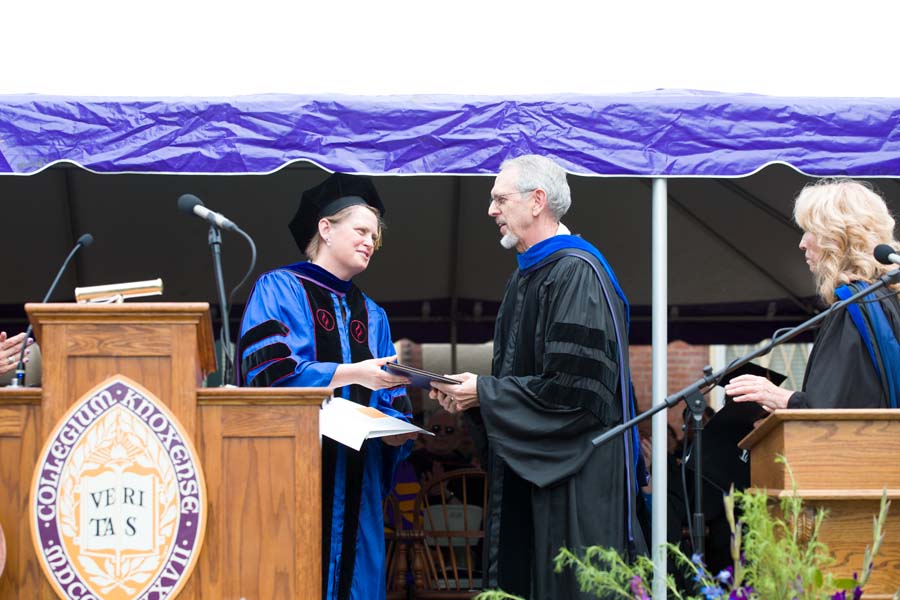 Emily Malec and Sarah Pawlicki were announced as co-winners of the John C. Weigel Prize. It is awarded to the member of the graduating class with the highest scholastic achievement. Malec is an Asian Studies major with a minor in English literature and a self-designed minor in linguistics. Pawlicki is a history major with a minor in psychology.

Dakota Stipp, a computer science major with minors in music and theatre design & technology, received the E. Inman Fox Prize. That prize is awarded to a senior whose scholarly achievement and pursuit of a truly liberal education are exceptional among peers.

"It will be your job to help create a society of more equal opportunity for others." - Commencement Speaker Eva Longoria