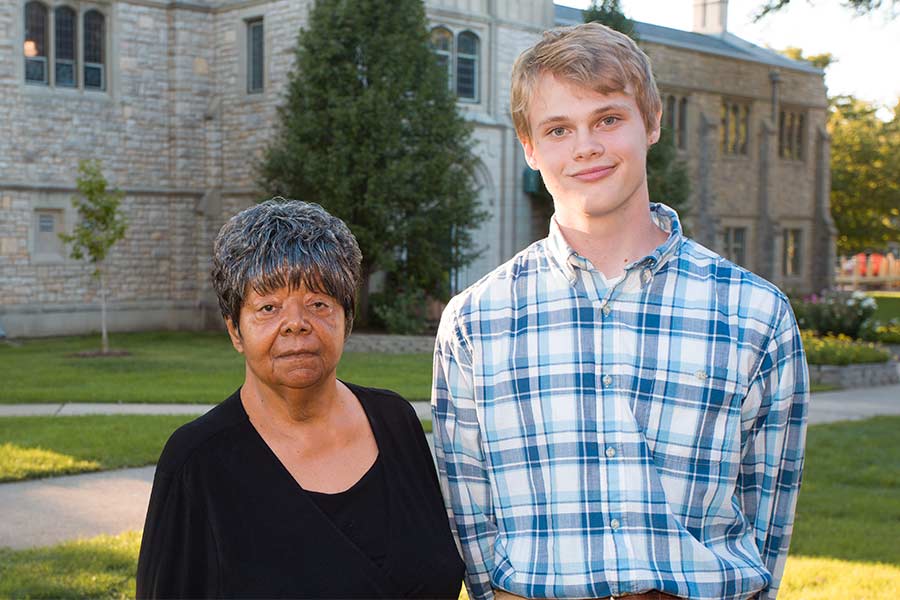 The new garden on the north side of the HOPE Center is a student initiative, a project started by Alex when Dr. Eckford returned to Knox in 2018 to receive an honorary degree. Dr Eckford and the Little Rock Nine are widely recognized for their courage and leadership at a pivotal moment in the struggle for civil rights.

What is your connection to the Little Rock Nine?

I attended and graduated from the same school that the Little Rock Nine integrated in 1957. While I was there, I was involved with a club called the Memory Project, an oral history project that revolved around interviewing people who remembered '57 and the integration crisis that followed.

Why did you decide to plan a dedication?

It just so happened that in the week leading up to my departure for Knox, I visited my civics teacher who told me that Elizabeth Eckford had gone to Knox after the crisis. He suggested going through Knox's archives in search of mentions of her and also ask for a flower garden to be put in her honor, as she loves gardening. I returned home to discover an email saying that Dr. Eckford would be our convocation speaker when I arrived! I thought it was meant to be.

I felt it was important for me to do because of a couple of reasons: first, that there wasn't anything already here publicly acknowledging that one of the leaders of the civil rights movement had attended this College. And second, because both Dr. Eckford and I are from the same city and high school, I felt a sense of camaraderie that called me to act.

My mother and father, Paul ‘84 and Charlotte Crawford ‘85, actually met here. Though I'm from Arkansas, Knox runs deep in my family. My great-grandfather lived in Galesburg in the 1930s and I've had a cousin, an aunt, a second cousin, and his wife all go to Knox!

Tell us about a memorable experience you've had at Knox so far.

Singing the alma mater with the Knox College Choir last year when the 50th Reunion class came through really resonated with me. It was quite moving to see alumni respond to that by standing up and singing along. They didn't have to do that, but they felt compelled to because they had been touched by their experience here and no amount of time separated them from that.

At Knox, Alex is involved with WVKC, the Equestrian Team, The Knox Student, and Cellar Door. He is also a member of Sigma Nu, where he overlooks recruitment and chapter history. 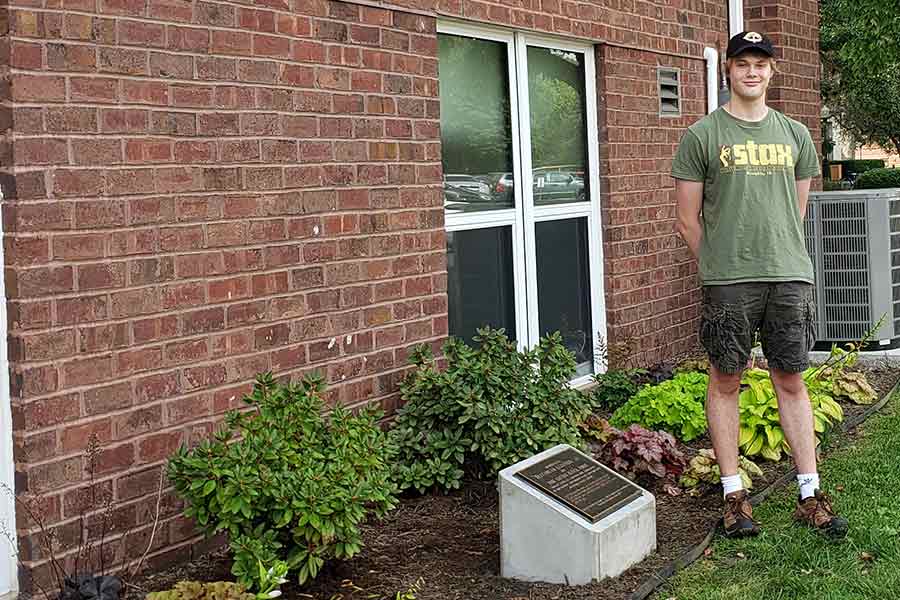 Sidath studied at the Basel School of Design in Switzerland.

Major in Environmental Studies, minors in Biology and Business Management