The Knox Student is the college's official, award-winning student newspaper. Produced weekly, TKS has been student-written, student-run, and student-read since 1878. It has a long tradition of being an independent voice for students, reporting on all developments at Knox that affect students, as well as covering the cultural, social, and athletic life of the college.

TKS has been named a finalist for the 2014 Associated Collegiate Press Newspaper Pacemaker Award, considered the highest honor in the United States collegiate press, in the Four-year Non-Daily Newspaper category.

In addition, TKS writers, designers, and editors earned 18 various awards in first, second, and third place for outstanding journalism from the Illinois College Press Association, including second place for general excellence in their division of non-daily newspapers under 4,000 circulation.

Other recent awards include being recognized by the Society of Professional Journalists as Best All-Around Non-Daily Student Newspaper for Region 5, seventh place in a national Associated Collegiate Press best-in-show contest, fourth place for ACP News Story of the Year, and honorable mention for ACP Editorial of the Year.

Journalism students at Knox become effective writers and communicators with a deep understanding of the context behind the stories they report. 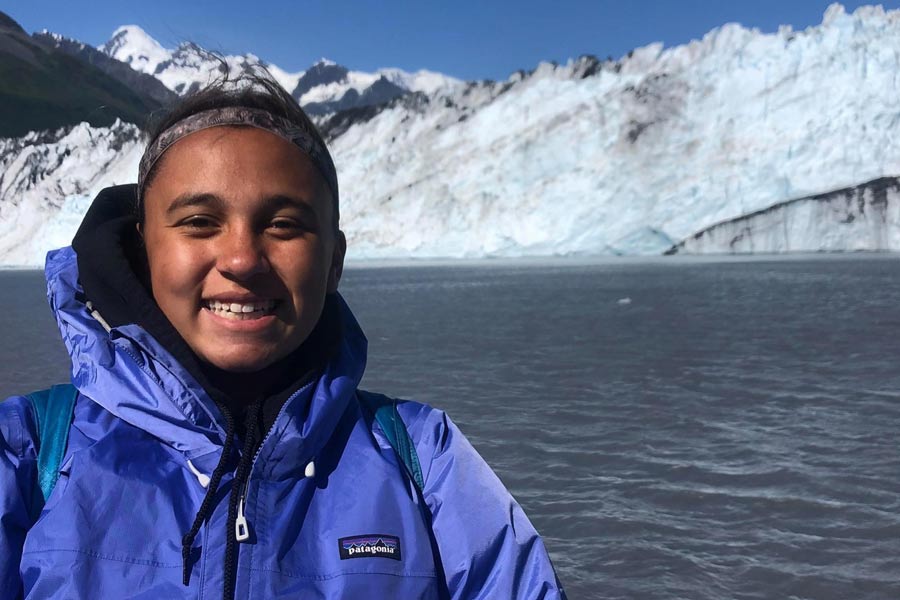 Katy balances responsibilities as both teacher and student at Chief Paul Memorial School in Kipnuk, Alaska.