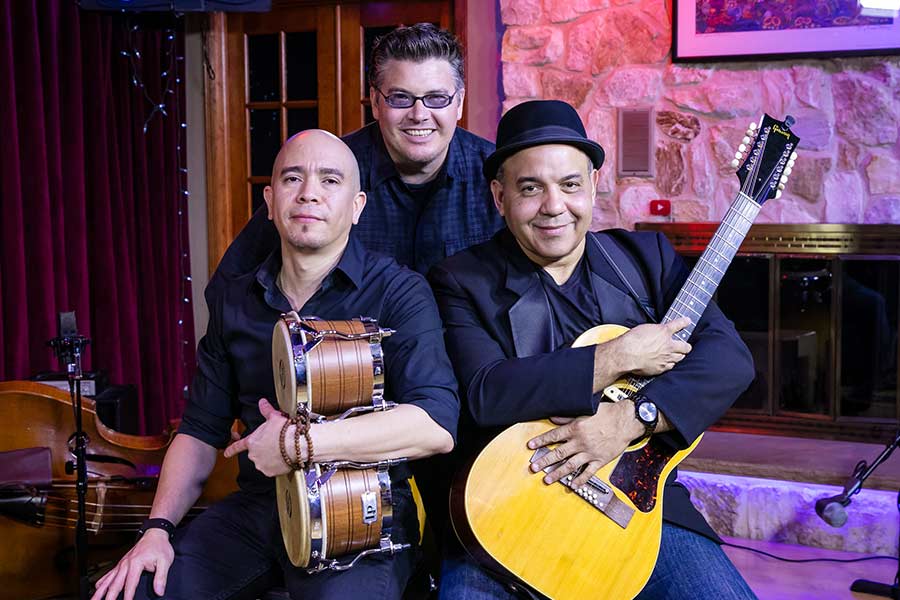 The trio will lead a workshop at 4 p.m. in Jay Rehearsal Hall and a concert at 7:30 p.m. in Kresge Recital Hall in the Ford Center for the Fine Arts. Both events are free and open to the public.

Formell is a member of one of Cuba's most prominent musical families. His grandfather, Francisco Formell, was the arranger for Ernesto Lucuona's Cuban Boys, and his father, Juan Formell, was the leader of Los Van Van, a group instrumental in the formation of the post-revolution Cuban sound.

Formell continues his family's legacy in his own way, mixing traditional Cuban music with Caribbean and Latin American influences along with the unique flavors of New York City, Formell's home for the past two decades.

Formell began playing guitar and composing in his teens and studied bass with Andres Escalona from the Havana Philharmonic. In 1993, while on tour in Mexico, he fled to New York City and began working with such artists as Paul Simon, Cesaria Evora, Eliades Ochoa, Susana Baca, and Milton Nascimento. When his father died, he took over bass in Los Van Van, and continues to tour internationally with the group.

His debut album, Songs From a Little Blue House, earned him a Grammy nomination, and his discography continues to be highly regarded. Formell has toured and performed as a solo artist at various venues and jazz festivals across the country. Currently, Juan Carlos y su Nuevo Son Radical perform weekly at Guantanamera NYC, a well-known venue for Cuban music.

The Knox Winter Jazz Series brings global artists to Knox who represent diverse cultural perspectives. The program is a part of the Knox Jazz Year, which includes the Jerome Mirza Residency in the Fall, and the Rootabaga Jazz Festival in the spring. This year's Winter Jazz Series is sponsored by the Galesburg Community Foundation, Stellyes Center for Global Studies, Knox College Cultural Events, and the Music, Modern Languages, Latin American Studies, and Anthropology and Sociology departments.