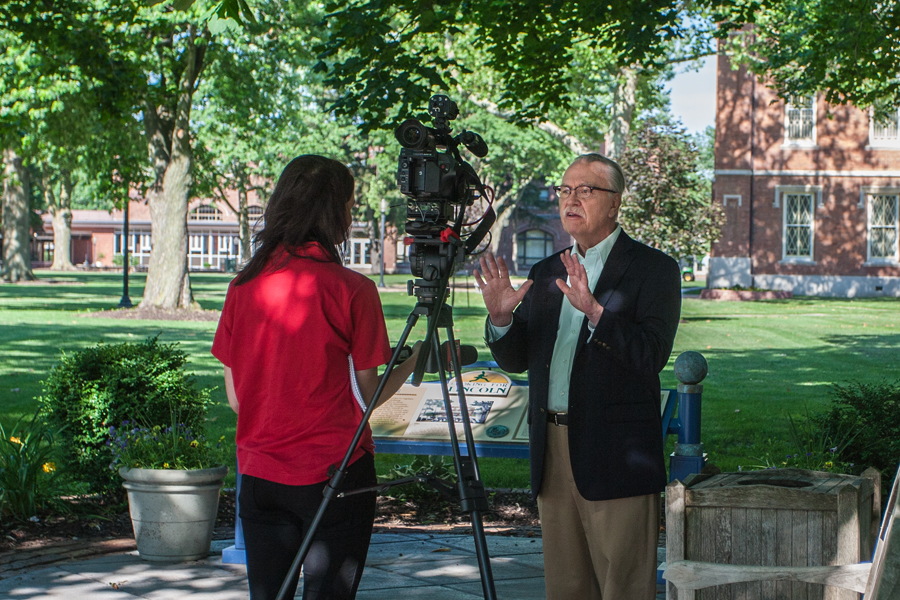 The Preservation Prize is one of three awards presented annually by the Underground Railroad Free Press. In addition to Muelder, this year's awardees are the National Underground Railroad Freedom Center in Cincinnati, Ohio, recipient of the 2014 Leadership Prize; and WGBH, the Public Broadcasting System affiliate in Boston, Massachusetts, recipient of the 2014 Hortense Simmons Prize for the Advancement of Knowledge.

The Underground Railroad Free Press covers research, publications and historic sites relating to the Underground Railroad, which was the network of anti-slavery activists, including the founders of Galesburg and Knox College, who helped African-Americans escape from slave states to free states prior to the Civil War.

Historian Tom Calarco describes Muelder as the "Ambassador of the History of the Underground Railroad," in an article announcing the awards in the September 2014 issue of the Free Press newsletter.

The Free Press noted Knox College's early history of "opposing slavery in all forms" and the school's founders making it clear "that Knox would be accessible to students, regardless of race, gender or financial means." The award announcement stated that Knox's "progressive tradition proudly lives on through the continuing egalitarian outlook of the college today, and Owen Muelder's Underground Railroad program, writing and tireless promotion of equality."

At the same time that it announced the Underground Railroad Free Press Prizes, the organization's newsletter also covered Muelder's role in the awarding, 55 years late, of a high school diploma to former Galesburg resident and Knox College alumnus Alva Earley. In 1959, Galesburg High School denied Early his diploma to punish him for taking part in a civil rights protest shortly before high school graduation. The discriminatory action was known to few until Earley mentioned it to his Knox classmates, one of whom was Muelder, at a college reunion in 2013. Muelder and several other Knox alumni initiated a request to the Galesburg School District, which belatedly awarded Earley his high school diploma in a special ceremony earlier this year. 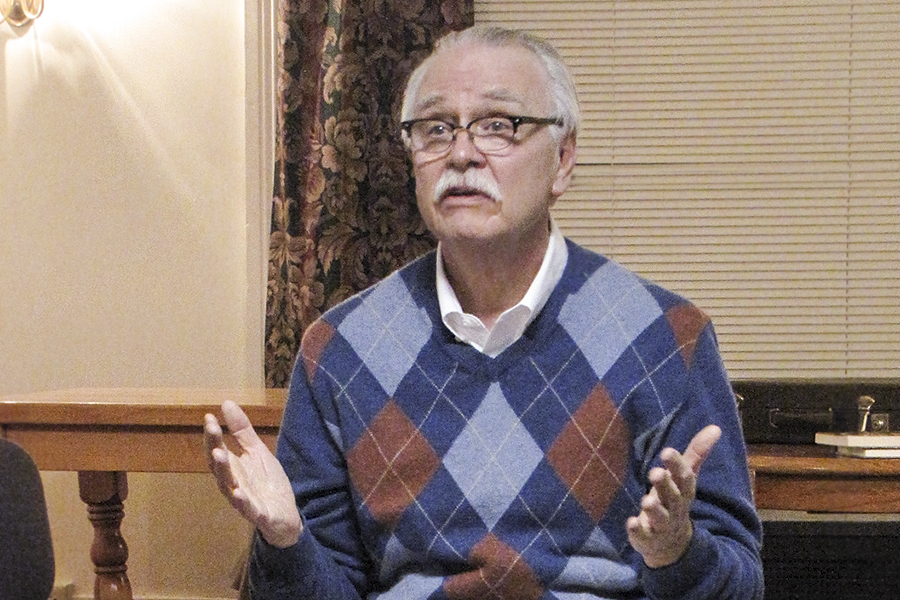 Above, Owen Muelder talks to visitors at the ABLE Center for Black Culture during Black History Month; top, an interview with a television news reporter.