"The designation means that our Freedom Station was evaluated by the National Park Service, and it was determined that we are making 'a significant contribution to the understanding of the Underground Railroad in American history'," said Owen Muelder, director of the center, which is located on the Knox College campus. Knox College and the City of Galesburg were founded in 1837 by abolitionists who harbored escaped slaves and were active, both nationally and internationally, in the anti-slavery movement.

"The Galesburg Freedom Station, along with the city and the college, will gain wide exposure in National Park Service publications, including the Park Service's website 'Network to Freedom'," Muelder said.

The Freedom Station at Knox College is housed in a historic site on campus -- the 132-year-old former Knox County Jail. It features displays about the involvement of the founders of Knox and Galesburg in the Underground Railroad.

"The Freedom Station joins a core of attractions in Galesburg, including the Lincoln-Douglas Debate Site at Old Main here at Knox, the Discovery Depot, the Railroad Museum, and the Carl Sandburg State Historic Site," Muelder said. "The planned National Railroad Hall of Fame will further reinforce Galesburg as a destination for visitors."

The National Park Service designation is the Galesburg Freedom Station's second national affiliation. In 2004 the Galesburg station was recognized as the first Illinois affiliate of the National Underground Railroad Freedom Center in Cincinnati, Ohio.

An on-site evaluation of the Freedom Center was conducted in 2005 by James Hill, Midwest Regional Coordinator for the National Park Service. 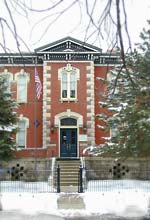 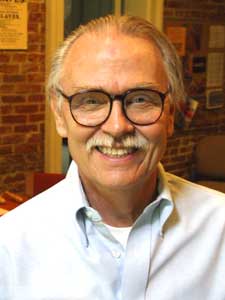