Early Knox President Jonathan Blanchard was part of the 'Seventy' 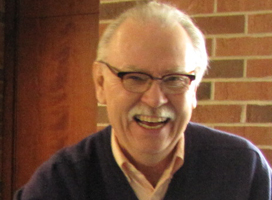 A new book by Owen Muelder, director of the Galesburg Colony Underground Railroad Freedom Station at Knox College, explores the founding of the American Anti-Slavery Society and the work of one of its most significant leaders.

Muelder hopes that his book, Theodore Dwight Weld and the American Anti-Slavery Society, will lead to more research and investigation into the little-known anti-slavery group known as the "Seventy."

The Seventy were a group of agents who worked for the American Anti-Slavery Society, established in 1833. Weld recruited them, choosing students who participated in anti-slavery debates and other supporters of abolition, and he trained them to lecture. The group's name was a biblical reference, alluding to the seventy disciples of Jesus mentioned in the Gospel of Luke.

The identities of the people in the Seventy had largely been a mystery, but Muelder's book provides the most complete list to date. He came across the Seventy while researching his first book, The Underground Railroad in Western Illinois, and grew interested in finding out who they were. 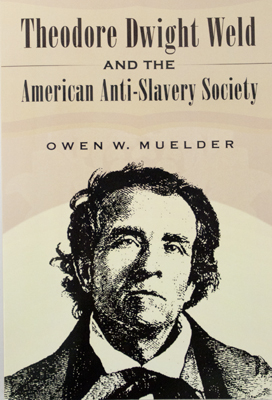 "I was struck by the number of times certain names were mentioned," Muelder said. "There was a reference to several of these people in Illinois, who turned out to be former members of the Seventy. I became more fascinated by the broader notion of who these people were to begin with."

After much investigation, Muelder compiled a list of 67 members. They included Jonathan Blanchard, who served as Knox College president from 1845 to 1857, and South Carolina sisters Sarah Grimké and Angelina Grimké Weld.

"It is important to note that we'll never know, with certainty, who the Seventy were," said Muelder. "But I think this account provides the most logical explanation."

The book is published by McFarland & Co.

Muelder, a 1963 graduate of Knox College, has been director of the Freedom Station at Knox since its founding in 2004. He retired that year as the College's alumni director after working at Knox for 36 years. In addition to his bachelor's degree in history, Muelder earned a master's degree at Miami University of Ohio.

His father, Hermann R. Muelder, was a well-respected Knox College faculty member, historian, author.  and dean of the faculty. His books included Fighters for Freedom, a 1959 work that examined the religious, political, and educational beliefs of the anti-slavery activists who founded Galesburg and Knox College.