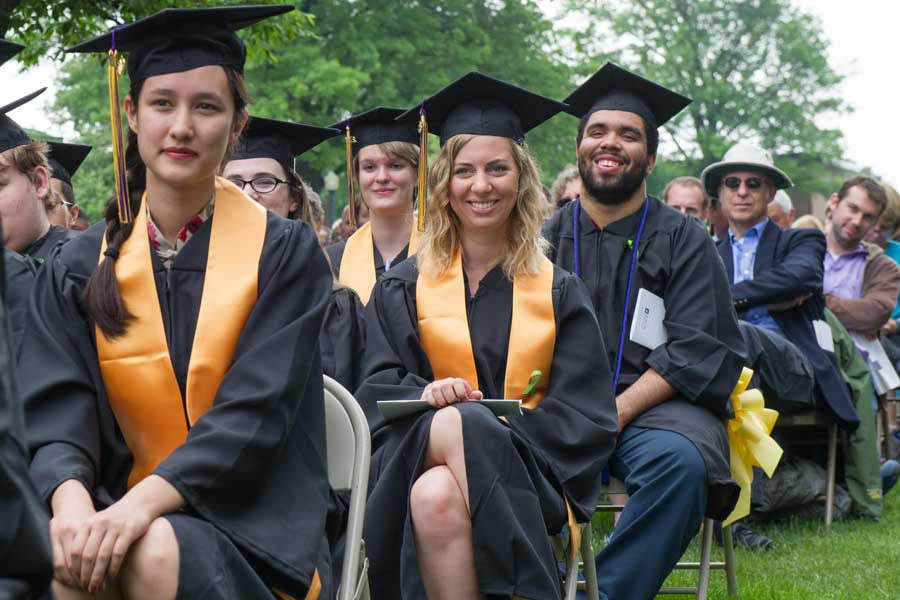 Before picking up their diplomas, members of the Class of 2015 heard from Commencement speaker Bill Whitaker, a correspondent on the CBS News program 60 Minutes, and from graduating senior Kathryn Todd, who was selected as class speaker.

"None of us makes it on our own in this life," Whitaker said, noting that when he was growing up, there weren't many people on television who looked like him. One of his college professors "opened the door to graduate school -- and pushed me in," he added.

"The truth is: Life, like TV news, is a collaborative endeavor," Whitaker added. "What's next? You're about to find out."

Senior Class Speaker Kathryn Todd, a Spanish major from Chicago, Illinois, urged her classmates to stand up for what they believe in, stand up for people who cannot stand on their own, and to provide the "shoulders" for others to stand on in the future.

"We are Knox, and therefore we are unstoppable," she said.

President Teresa Amott congratulated the newest Knox graduates, saying: "Class of 2015, you and I entered Knox together four years ago,"  when she began her presidency. "You have fallen in love with people, with places, with ideas, and with causes."

She added, "I have hope and faith that you will shape history," work to heal a troubled planet, and speak out for justice. 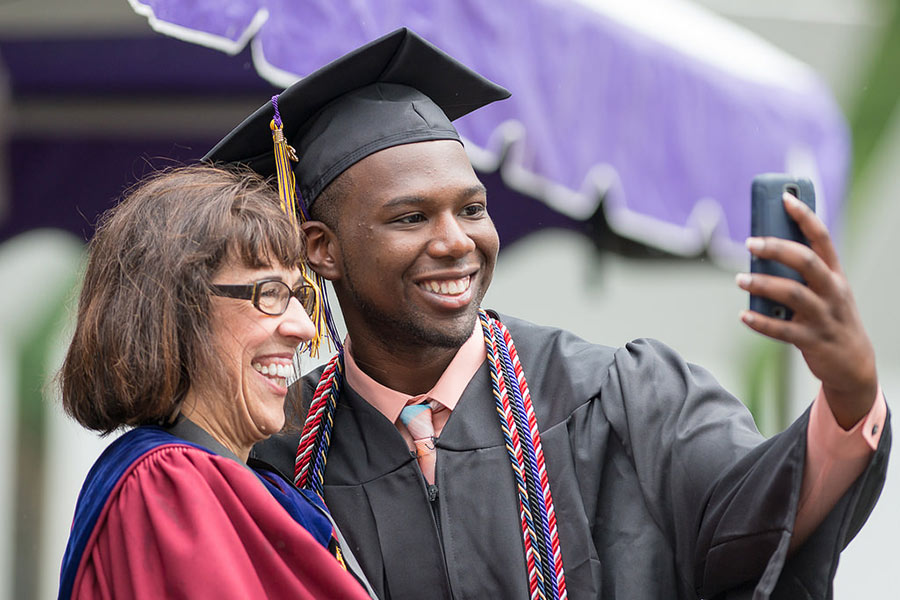 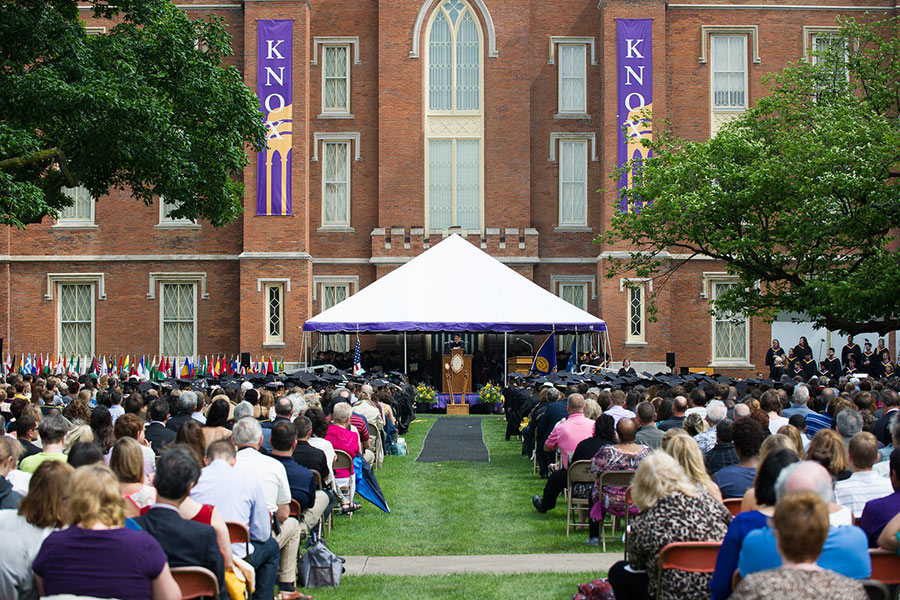 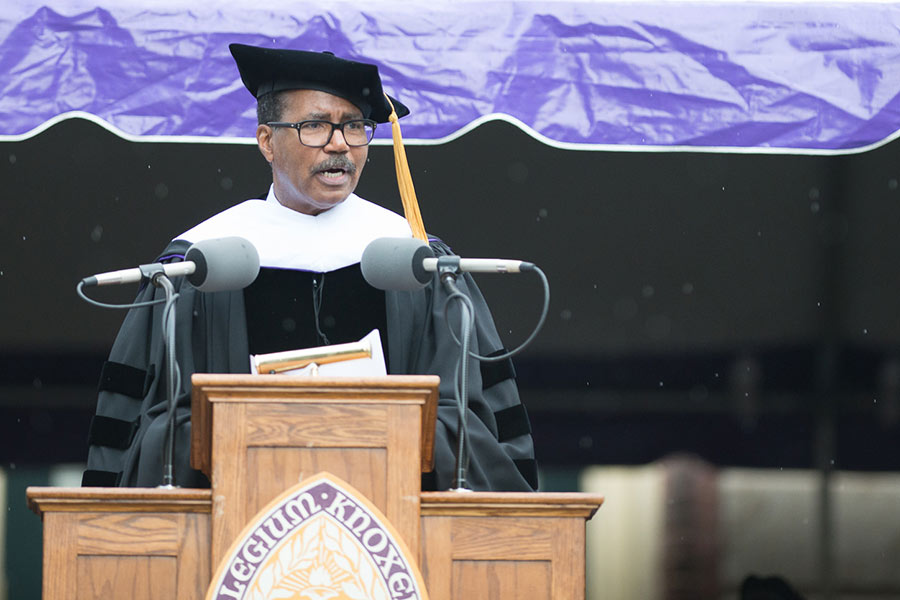 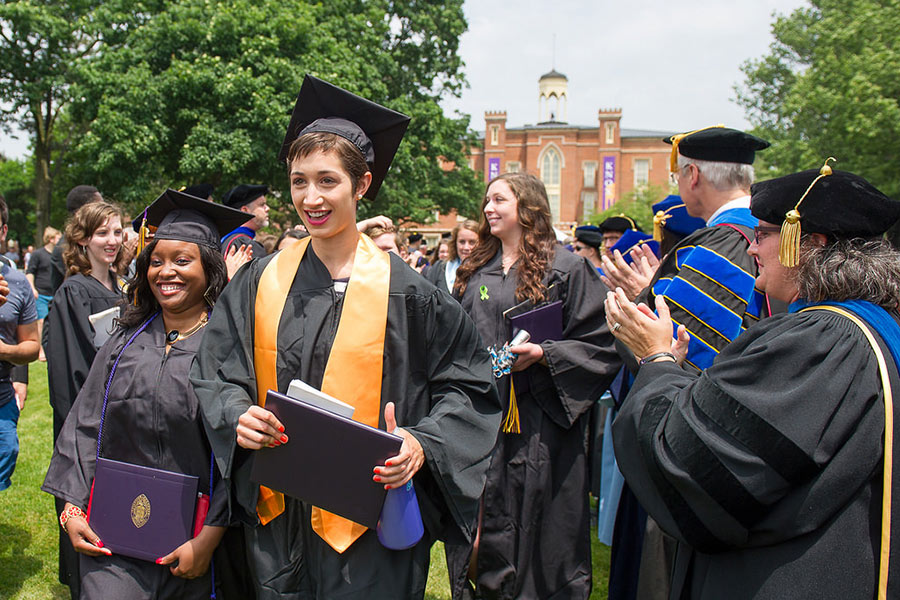 Additional student awards were announced during Commencement. Erik Joseph Gustafson and Noah Enoch Gleason-Hart are co-winners of the E. Inman Fox Prize, which is awarded to a senior whose scholarly achievement and pursuit of a truly liberal education are exceptional among peers.

Along with their traditional Commencement caps and gowns, more than 200 members of the graduating class wore green ribbons, which indicate they have signed the Graduation Pledge of Social and Environmental Responsibility.