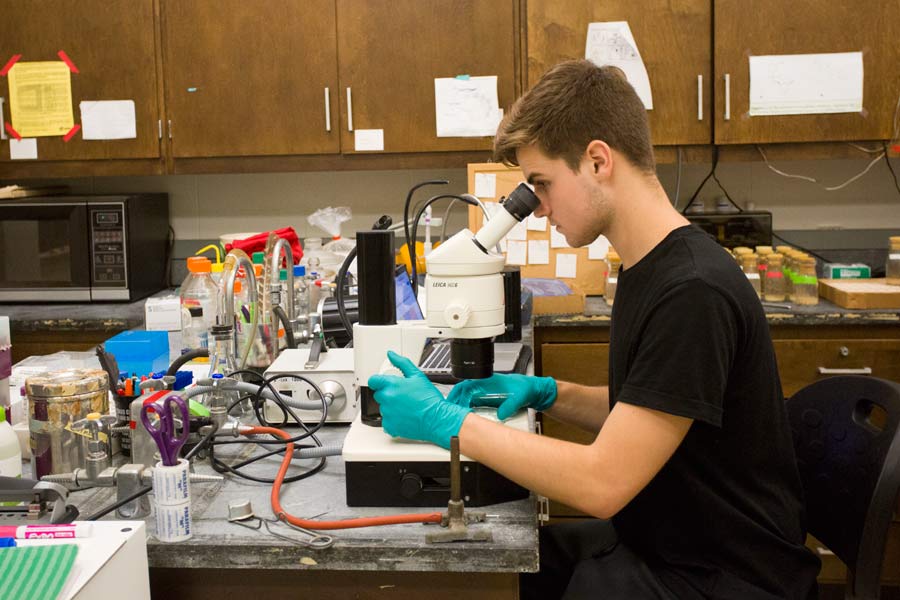 Inspired by her Knox College studies in modern languages, Jenn Erl decided that her Honors research project should take an in-depth look at interpreting and translation in Galesburg public schools.

“I took several interpreting and translation courses at Knox, and I began to wonder how I could apply that knowledge in Galesburg,” said Erl, who majored in Modern Languages-Spanish and minored in music.

“I was also interested in the relationship between language and power —who has the power to speak in public spaces, and why? In order to learn about this, I decided to investigate how multilingual people interact in public institutions,” she added. “I chose to focus on the public school system because schools are an important place of multicultural and multilingual contact in communities.”

Her project, an ethnography, investigated the school district’s use of interpreting and translation services as a way to strengthen collaborative partnerships with multilingual families. Her findings supported “a sociocultural approach to education, which is achieved through interpreters/translators,” Erl said.

Erl was among the 11 members of the Knox Class of 2019 who completed Honors projects. To be eligible for College Honors, students must obtain an endorsement from their academic department and complete advanced study under the guidance of an interdisciplinary faculty committee. Students work on the project over the course of an academic year, and toward the end of the year, they defend their thesis or creative project before a qualified outside examiner. The Honors defense is modeled after the dissertation defense at many graduate school programs.

For example, Ojashwi Sapkota, whose Honors research explored the politics of the LGBTI movement in Nepal, received funding for her fieldwork from the Department of Economics’ Timme Fund. She majored in economics and international relations and will attend graduate school at the University of Chicago. Erl received a Richter Scholarship that helped pay for the translators who facilitated her efforts to communicate with multilingual people as part of her research.

In addition to financial support, students also said that Knox faculty members were a particularly helpful resource in their Honors research work.

Joe Hilger, who did biochemistry research, said Biochemistry Professor Andrew Mehl and other science faculty “all were willing to answer questions and help me with procedural technique” whenever he encountered a roadblock. Hilger used the College’s new scanning electron microscope (SEM) to examine the structural features of a hydrogel that was genetically engineered in Mehl’s lab.

“The project lays out procedural methods to utilize SEM to visualize the gel, and my findings have given possible insight into the orientation and polymerization of the proteins within the hydrogel,” said Hilger, who majored in biochemistry and minored in religious studies.

Erl said she received valuable assistance from Knox faculty members in the modern languages, anthropology and sociology, and education departments. They “have contributed so much time and knowledge that made this project possible,” she said.

Photo at top of page: Markus Barbosa works in a biology research lab on campus.