Erika's experience as an editor for The Knox Student newspaper led to internships which, in turn, led to her career as a journalist. 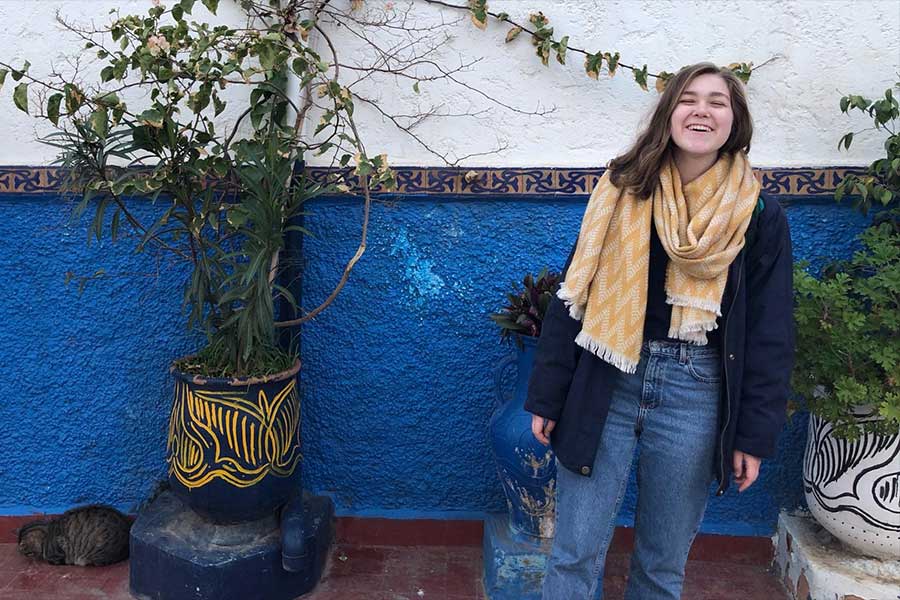 Erica Riley started working for The Knox Student (TKS) as a first-year. She was a news editor as a sophomore, and as a junior and senior, Riley was editor-in-chief, splitting the role her junior year with alumni Lillie Chamberlin '19 and Jonathan Schrag '19 and soloing as a senior.

Riley filled her summers and terms with journalism experience, interning locally at Galesburg’s newspaper The Register-Mail, at the magazine New York Spaces, and as a content creator for StreetEasy, as well as working as a features intern with the LNP Media Group in Lancaster, Pennsylvania.

Currently, Riley works as a business reporter for the Frederick News-Post, the daily newspaper of Frederick County, Maryland.

What things did you learn at Knox outside of the classroom?

A lot of it was from TKS: learning how to manage my time, learning how to do an interview, learning how to tell a story from all angles. Those are big ones. And I feel like a lot of people who were in TKS will say that they learned a lot from it. Definitely management was a big one, because I was managing a staff of 25, the money and all that.

I feel like I really understood the realities of local journalism pretty early on when you’re at a community as small as Knox. You see the impact the reporting has very clearly and closely. You know when people are upset with your reporting or when they’re glad you did something, and it’s something that local newspapers deal with every day.

How did you find this opportunity?

Anybody who wants to do journalism or wants to try it should join TKS or look at Knox for journalism.

It’s a really great paper, and I had a really great time at Knox, and I think there are so many great resources there. I would not have gotten the internships that I had during the summers without the Mellon Grants at Knox and professors helping me with all of that stuff and the Career Center. I felt very supported and felt like I had all of the things there that I needed to jump into a career, or try to. I’d say, try anything. And if you want to do that, you can probably do it at Knox.

In addition to TKS, Erika was a member of Knox's Quiz Bowl team. She studied journalism in Morocco during the spring of her junior year. Her fiction has appeared in both Quiver and Cellar Door.

The trimester schedule at Knox is helping Amanda acclimate more easily to the rigors of optometry school.

Major in Biology, Minor in Chemistry