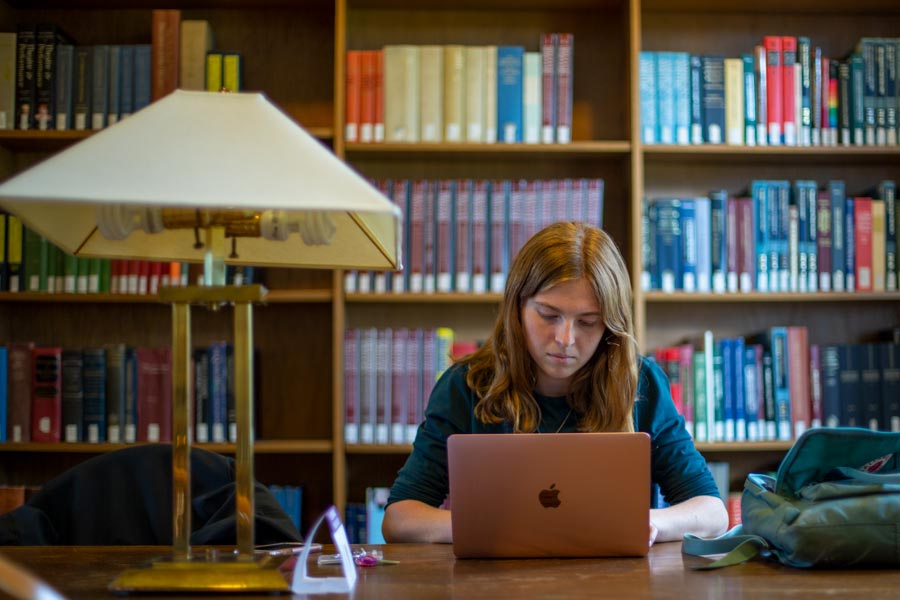 Last fall, Knox offered more than 250 different courses, from Introduction to Africana Studies to Costume Design. Even with that many choices, however, not every student’s academic interests are fully satisfied. Enter the independent study. A collaboration between an individual student and a sponsoring faculty member, an independent study may enable students to dig deeper into a subject they covered in a previous class or branch out into an area that isn’t typically part of the curriculum.

Psychology major Rae Sullivan '21, who is doing an independent study on the psychology of conflict resolution in diplomacy, explained that she wanted to strengthen her applications for graduate schools. “I’m considering going for international relations, so I wanted to move some of my studies toward that,” she said.

Sullivan explained she would have been unable to explore her interests as deeply without independent work. Though PS 234 Political Psychology covers such topics as the formation and structure of political attitudes, voting behavior, and the psychology of group interactions, it wasn’t quite what she was looking for. “Although I’ve heard it’s a very good class, it’s just not really focused on my interests,” she said. “I’m glad I could tailor more to what I want to learn about.”

Designing your own course isn’t the only way to pursue independent work. Nelson Zhong '22 joined a project with Assistant Professor of Anthropology-Sociology and Co-chair of Peace and Justice Studies Jonah Rubin, who was looking for research assistants for his project on media literacy. “My advisor was aware that I was interested in how media politicizes consumers, and she put me in contact with Jonah,” he said. “The work I do involves studying organizations and their initiatives to provide media literacy education.”

Zhong said that, as an anthropology and sociology major, he values how doing this research has shown him what he can expect as a working anthropologist. “One thing that’s stuck out to me is how self-driven the work feels, meaning it’s work that is pursued by personal interest,” he said. “It’s definitely enhanced my education because it’s given me a chance to study something because my personal interest tells me it’s important, which informs how I can go about maintaining that passion-centric work after college.”

Passion is often a driving force behind independent studies, as demonstrated by the ones created by Lily Lauver '21, who has completed independent studies in both eco-poetry and letterpress printing. The latter has helped her develop both as a poet and a professional. “Letterpress is really personal. You spend hours with a single poem when you’re printing it. Starting in the studio and developing confidence with letterpress, it helped me build a body of work.” Her success with that project ultimately led to an internship designing broadsides for the Kalamazoo Book Arts Center. “Without the foundation [from my independent study], I definitely wouldn’t have gotten that opportunity,” she said.

Many faculty at Knox direct two or three independent projects each academic year. “Within your first year, you probably know the perfect fit,” said Lauver. “Knox professors make a habit of investing their lives and personal interests into their work, and the fact that a professor would agree to my ridiculous [proposals] is a great indication of who they are and what independent studies are for.”

Associate Professor of English and Director of Creative Writing Nicholas Regiacorte explained that working with students on independent projects confirms how vital it is to take students on their own terms. “It’s not always so easy, especially when the work is very different from my own. In that respect, I learn to adapt my expectations,” he said. “But most good projects are surprising, even when I expect good things. I continue to be astonished, moved, even disturbed (in good ways), by a fresh image or some dialogue.”

“I’ve turned some down because what they wanted to do was already in a class, and in that case, the student didn’t realize, but I’ve turned them down for personal reasons, too,” Visiting Assistant Professor of English Beth Marzoni '04 explained. “I think we generally agree it belongs to the student, it’s their responsibility, and you have to go in with that sense of ownership.”

A Knox graduate herself, Marzoni described the impact her experience had on her as a teacher and writer. “I still think about an independent study that I did,” she said. “I remember how formative and clarifying and, dare I say, inspiring, it was. Some of the best work that I created was during independent study.”

For students looking to pursue independent work, Professor Regiacorte offered advice. “Prepare to do everything you say you’re going to do, but also prepare for the project to ‘swerve’ in an unexpected way. Sometimes the best-case scenario is that the project ends up in a place you hadn’t anticipated. In other words, you might make an actual discovery.”

Learn more about opportunities for independent study at Knox. 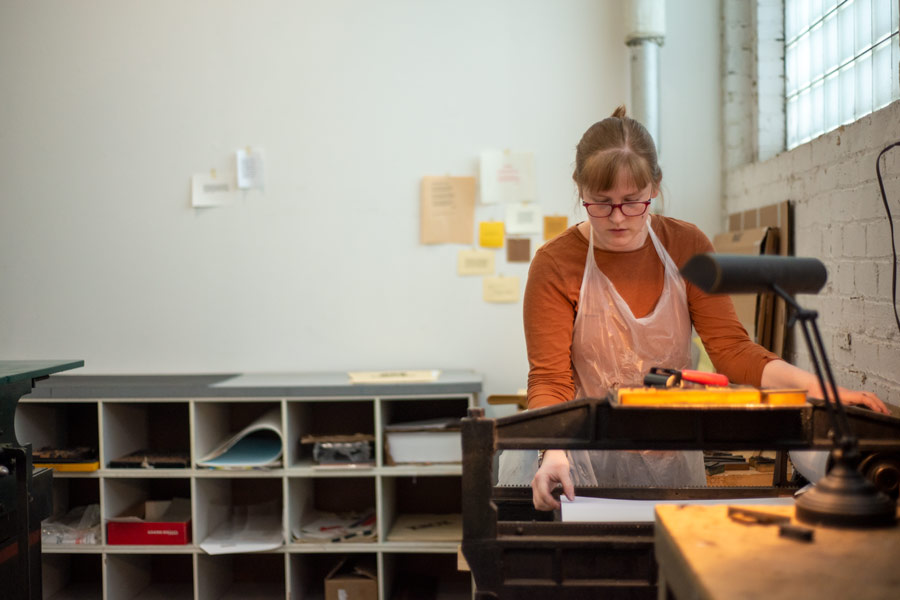