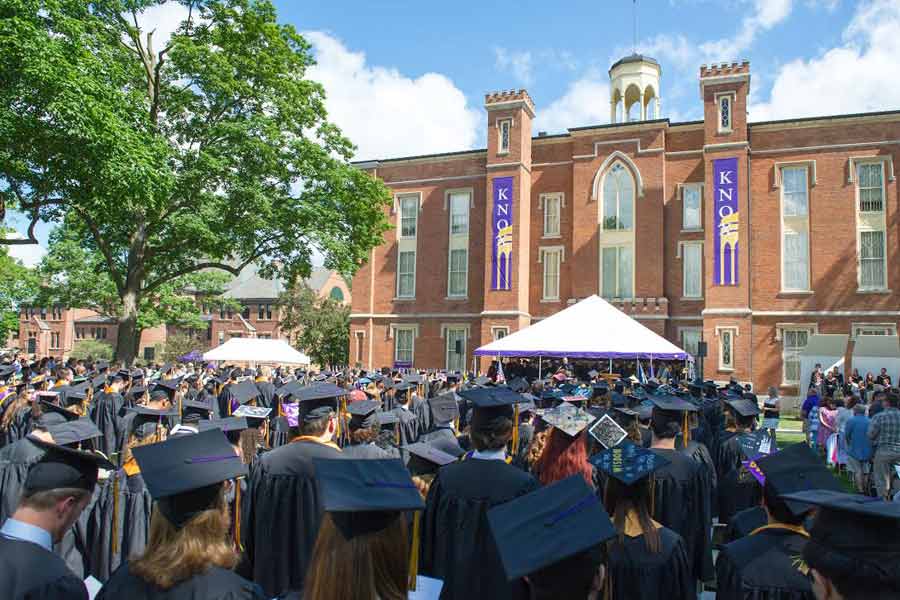 Beneath a mostly sunny sky, about 300 graduating seniors received their bachelor's degrees on Sunday, June 5, during Knox College's 171st Commencement exercises on the South Lawn of Old Main.

Richard J. Durbin, the senior United States senator from Illinois who also serves as the Senate's assistant Democratic leader, delivered the Commencement address. In addition, graduating seniors heard from a classmate, Tanika Pradhan, who was selected as class speaker.

Honorary degrees were awarded to Durbin; Brenda J. Child, a leading scholar on American Indian history; and Chad Pregracke, founder of Living Lands & Waters, a non-profit organization dedicated to cleaning up and preserving our nation's rivers.

Also as part of Commencement, Knox Educational Studies Professor Diana Beck was presented with the Faculty Achievement Award. A member of the Knox faculty since 1992, Beck is George Appleton Lawrence Distinguished Service Professor.

In his remarks, Durbin said his new honorary degree from Knox means a great deal because it comes from the college that gave Abraham Lincoln his only degree.

Durbin told graduates, "We're expecting great things of the Class of 2016," and he advised them to hold on to their passion and determination.

"At the risk of putting a damper on the festivities, the world is a little crazy right now," Durbin said. "There's a whole lot of chaos out there, and you're going to need all the courage and tenacity you can muster."

As he concluded, he added, "You are fitted to these times with the education you've received, the values you bring to your life, and your own moral compass. You can make this world better."

In her speech, Pradhan, an international student from Kathmandu, Nepal, said there is a common greeting in her country, namaste, which literally translates to "I bow to you." There are several meanings attached to that phrase, she said, adding that the one that resonates most with her is: "The spirit within me bows and honors the spirit within you."

"Today, I would like to say namaste to all my fellow graduating seniors because I salute and honor your spirit," she said.

She saluted them for battling challenges, for striving to excel, and for "refusing to be defined by your comfort zone, but rather breaking apart from it so you could thrive." She also praised them for helping others to excel and for comforting friends when needed.

Pradhan concluded with a quote from Hunger Games: "May the odds be ever in your favor." 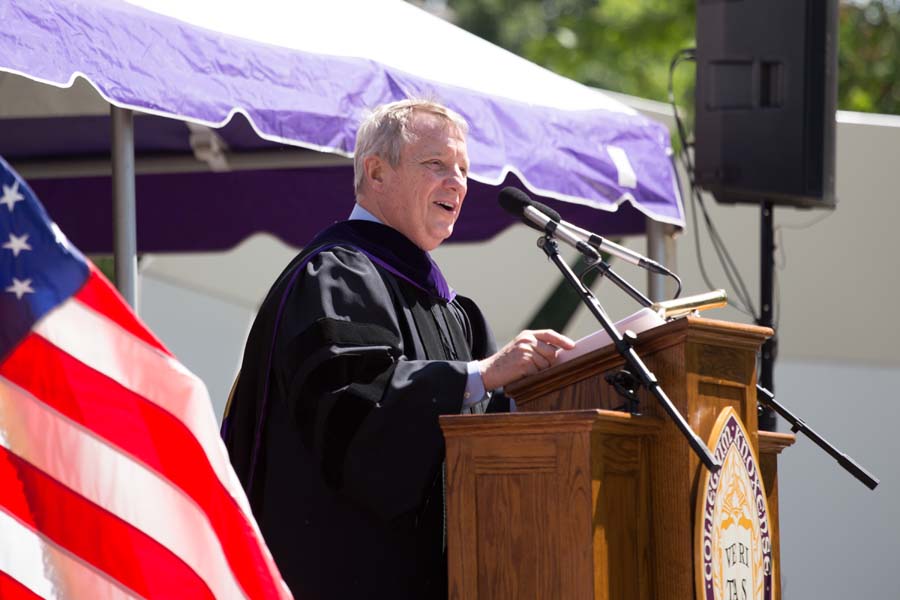 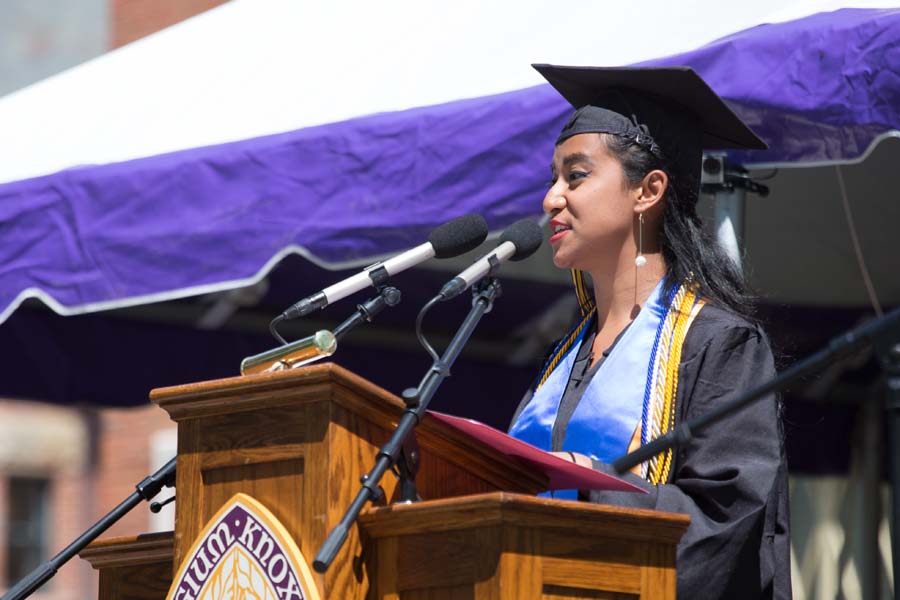 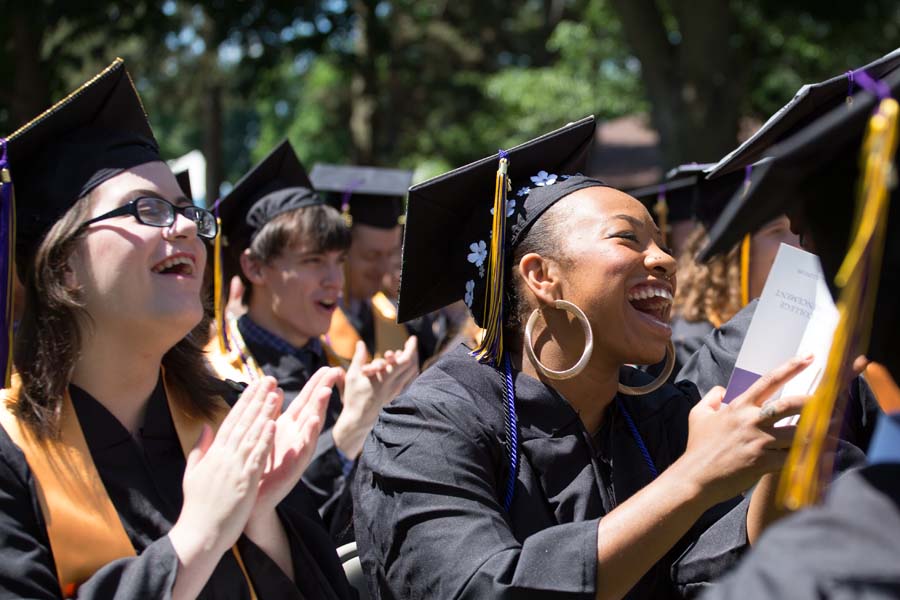 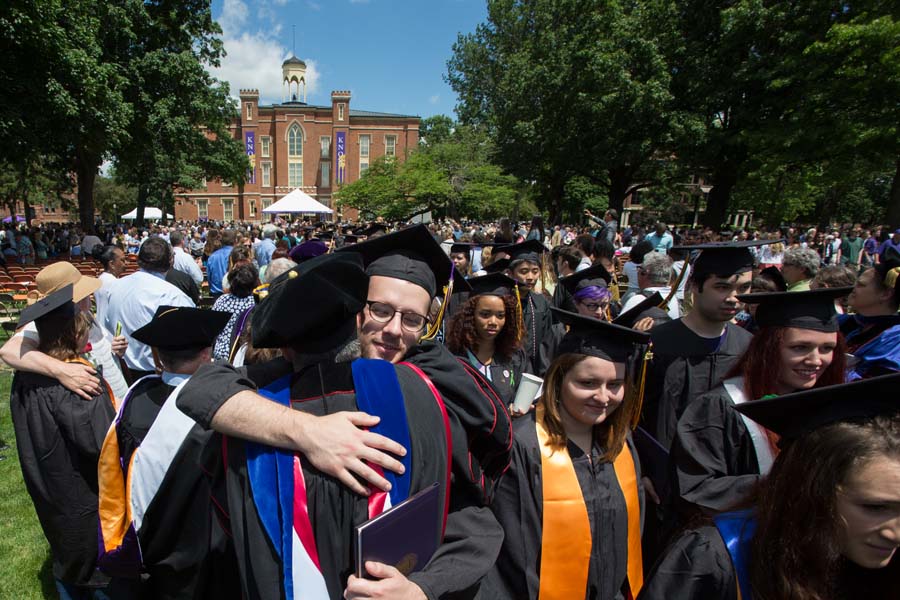 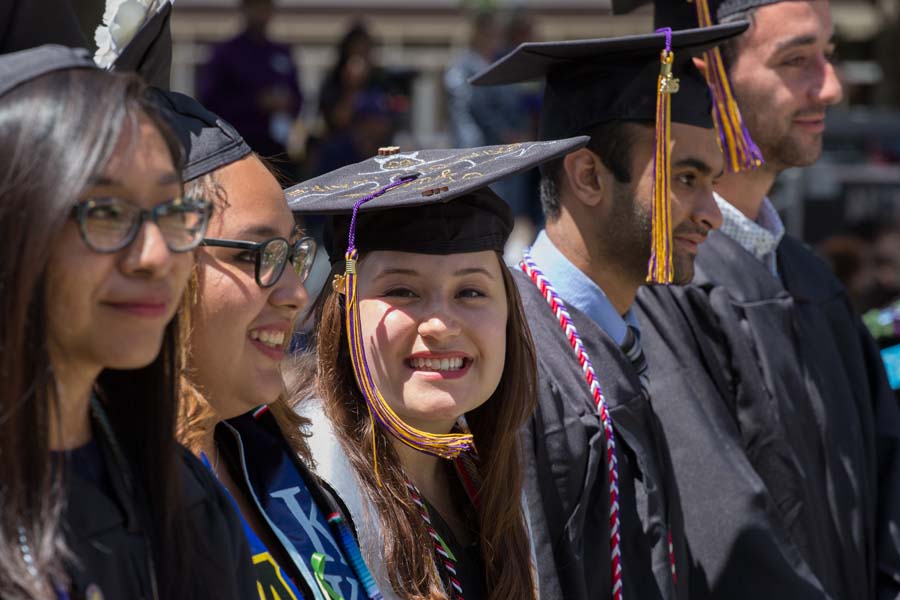 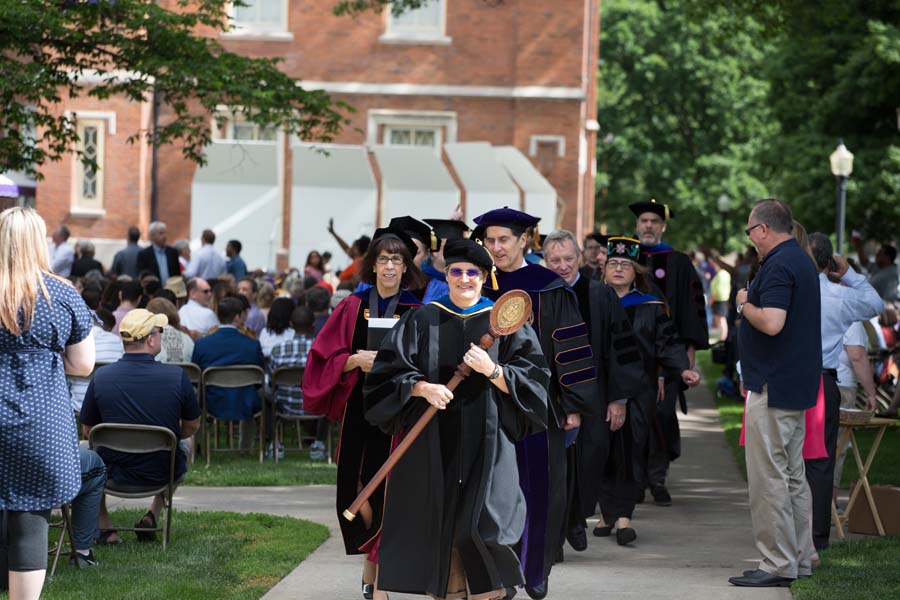 Additional student awards were announced during Commencement. Emily Hastings, a computer science major with a self-designed minor in Renaissance and Medieval Studies, received the E. Inman Fox Prize, which is awarded to a senior whose scholarly achievement and pursuit of a truly liberal education are exceptional among peers.