Major in Environmental Science, Minors in Spanish and Biology

Faeryn explored the interconnectedness of social and environmental issues, and experienced the rich biodiversity of Costa Rica during their study abroad term. 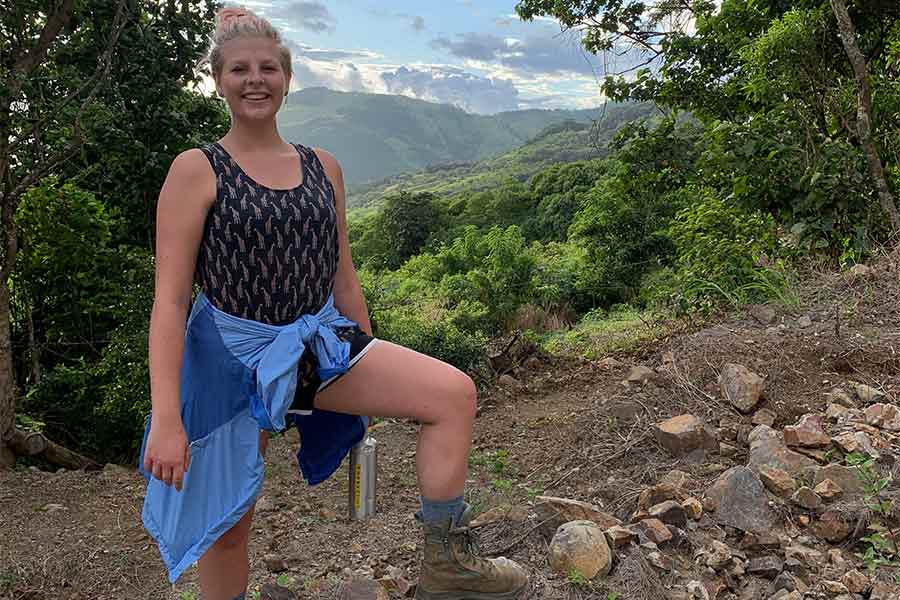 My study abroad program was the Sustainability and the Environment CIEE program. We spent the first part of the program in Monteverde, Costa Rica, living in the forest. Our classes were held outside. We went on a 10-day field trip where we visited several places that provide different sources of energy in Costa Rica, as well as to do some hiking and snorkeling. In the middle of the program, we had a four-week homestay, where we participated in an internship in the mornings and had three hours of Spanish class every weekday. This part of the program ended with a symposium. After we moved back onto campus, we did another 14-day long field trip in which we visited some reserves and traveled south into Panama, visiting several different places and communities along the way. We got to go snorkeling again, this time in mangroves.

What was a highlight from your study abroad?

One of the first places we visited was Isla Chira, which houses a small community of women whose group is named La Amistad. After their mangrove forests nearly disappeared, the women came together and applied to the UN small grants fund. The community who struggled with having enough fish to feed themselves, let alone enough to sell, established the first marine protected area in Costa Rica. It is now the trendsetter for many areas both in and out of the country. They run seminars to assist similar communities in conserving their own natural resources. While in the area, we went snorkeling in a reserve made unique by the sheer number of life zones it covers and swam with sea turtles and a stingray, as well as perused coral alongside small colorful fish. That day climaxed with the breaching of a beautiful whale on our way back to shore.

What surprised you about studying abroad?

The biggest thing that surprised me was just how much people care. I think living in America, it is really easy to feel let down by the government and the genuine population because it kind of feels like the climate battle is hopeless. But in Costa Rica, there are so many people who are actively fighting for their right to a clean environment. It was really inspiring.

Before the program, I didn't have an absolute solid idea of just how connected social issues are with environmental issues. Problems of inequality cannot be separated from climate issues. They compound each other. I think the other most important thing would be the drive to keep fighting for something better: better laws, better practices, better ways of thinking.

How do you see your experience abroad having an impact on your career plans?

I think my study abroad clarified for me a bit what I actually want to do. I know now that an office job is not something I can do. The problems we are facing are far too pressing for that. I want to be in the field making change. And now, I have international connections with researchers and organizations that I can talk to after I graduate.

At Knox, Faeryn participates in the Knox College Choir and is a member of Delta Delta Delta.

Colleen’s experiences doing research and studying abroad in London led to her pursuit of a master's degree at the EHESP School of Public Health in Paris.

Major in Biology, Minor in Business 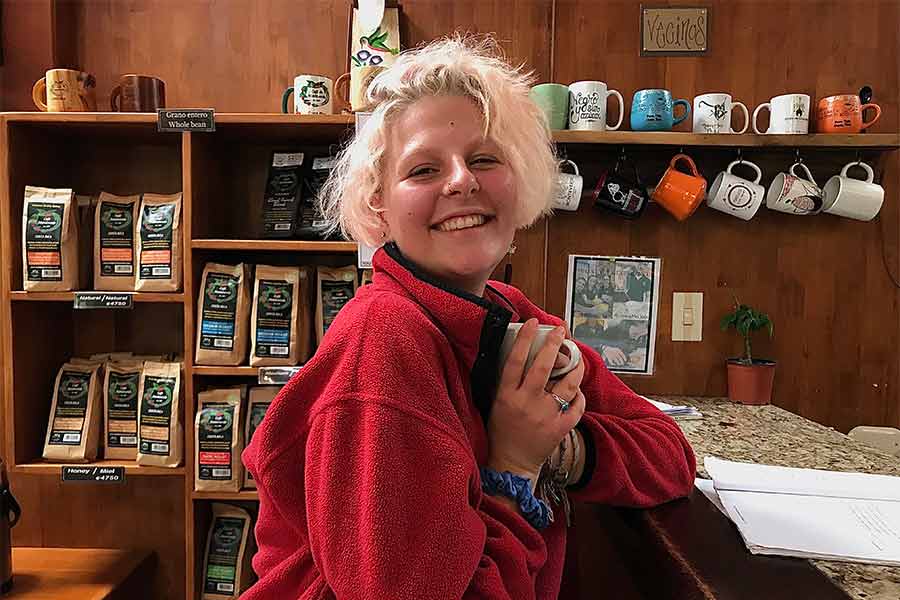 I was looking for a program that would really integrate the social and political aspects of environmental issues with the science of ecosystems. This program provided that for me!