As a Knox student, McNeal started an after-school dance program for at-risk students and performed at the Kennedy Center. 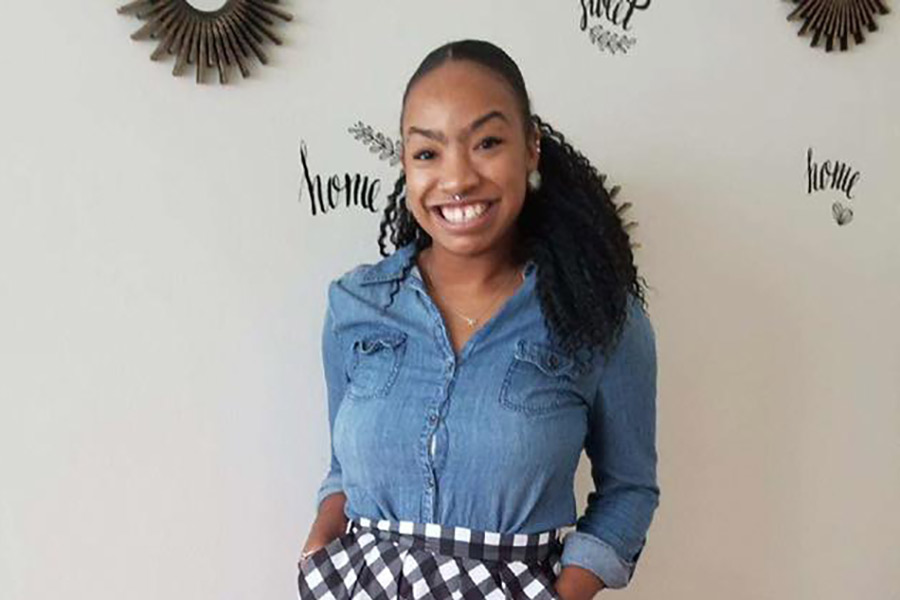 During her time at Knox, Angela was one of a select number of collegiate dancers to perform at the Kennedy Center in Washington D.C. as part of the American College Dance Association's National College Dance Festival 2016. With two other classmates, she also started Steppin’ Up—an after-school dance program for at-risk students at Galesburg High School North.

After graduating, I went on to work with City Year Chicago and SAGA Innovations programs centered around teaching in Chicago Public Schools. On the side, I also was a teaching artivist and co-director of the Red Clay Youth Ensemble with Red Clay Dance in Chicago under the direction of Vershawn Sanders Ward; someone with whom I built a relationship and mentorship with through Knox. I am now a graduate student at Illinois State University’s School of Kinesiology and Recreation, pursuing a master's in recreation administration.

How did Knox support you?

Knox gave me a network of people who cared and supported me. Knox gave me the opportunity to express myself in every way imaginable. It made me take risks and try new things, and pushed me out of my comfort zone so much that I had no choice but to sink or swim.

You were an active dancer while at Knox. How have those experiences had an impact on your life?

I would say every single dance experience, big or small, has played a part in shaping who I am. I have two major highlights of my career as a dancer, first of which was becoming a national finalist in the American College Dance Association’s nationwide performance adjudications. I am still very humbled by the opportunity to bring such honor to Knox and to be the only student to have ever done so. I will forever be grateful for how that experience changed my view of myself as a performing artist. I am equally grateful to Professor [Jennifer] Smith for giving me the opportunity to be the Raven and trusting me to make her vision come to life.

The second was being able to study abroad in New York City with the Trinity/La Mama Performing Arts Program. I worked on my craft in a totally different setting and was consistently challenged beyond measure. Knox always taught me to go for it and I am so grateful for those that stood in my corner rooting for me, especially my advisor, teacher, and life mentor, Kathleen Ridlon.

Emma uses the research skills she gained at Knox as a lab manager and research assistant at the University of North Carolina at Chapel Hill.

Majors in Neuroscience and Anthropology & Sociology