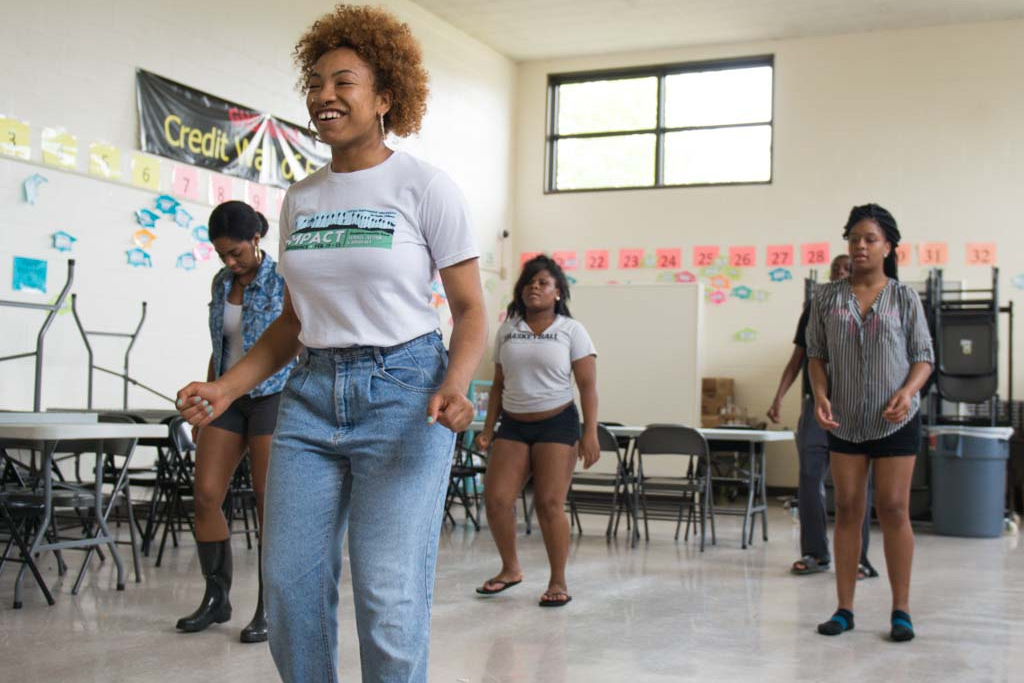 When Knox College students Angela McNeal '16, Valencia Short '15, and Alexis Cameron '16 came together to start a dance program for at-risk students at a local alternative high school, they had no idea they would create something meaningful at both the local and, ultimately, national level.

"It surprised a lot of us. I don't think any of us expected it to be popular or even to work out at all," said McNeal, who spearheaded the program.

What started out as a movement study for a class taught by Kathleen Ridlon, assistant professor of dance, soon developed into an after-school program. "Galesburg High School North administrators were looking for students from Knox to teach them sorority and fraternity stepping, [which is] an organized style of dance," said Short. "It just so happened Angela and Alexis were doing a movement study on that dance style."

McNeal, Short, and Cameron started coming in weekly to the school, which focuses on the needs of at-risk students within the community. They taught different dance movements with rhythm exercises, introduced motivational guest dancers, and encouraged individuality in each of the students.

The classes proved to be popular.

"There was one girl who came in the beginning of the program," said Short. "She was bullied regularly. After taking our classes, she began coming in with a positive spirit. She opened up to us about her struggles at GHS North and how our program helped her make friends. She seemed happier, more grounded, and self-assured."

McNeal and Short later made a presentation about the program, now called Steppin' Up, at the Impact National Conference at Loyola Marymount University in Los Angeles, California. They attended the conference with Kathleen Ridlon to show educators and nonprofit officials what they had started.

"What better way to teach a workshop but to show what it is these students are learning?" said McNeal. "We had our bodies and our movement and ourselves. It was a huge success."

The Knox students hope to build the program into something that continues to inspire others.

"These are kids who have so much weight on their shoulders, and are still able to channel it into something constructive through stepping," said McNeal. "I want to do something for them that shows that someone believes in them, and makes them believe in themselves."