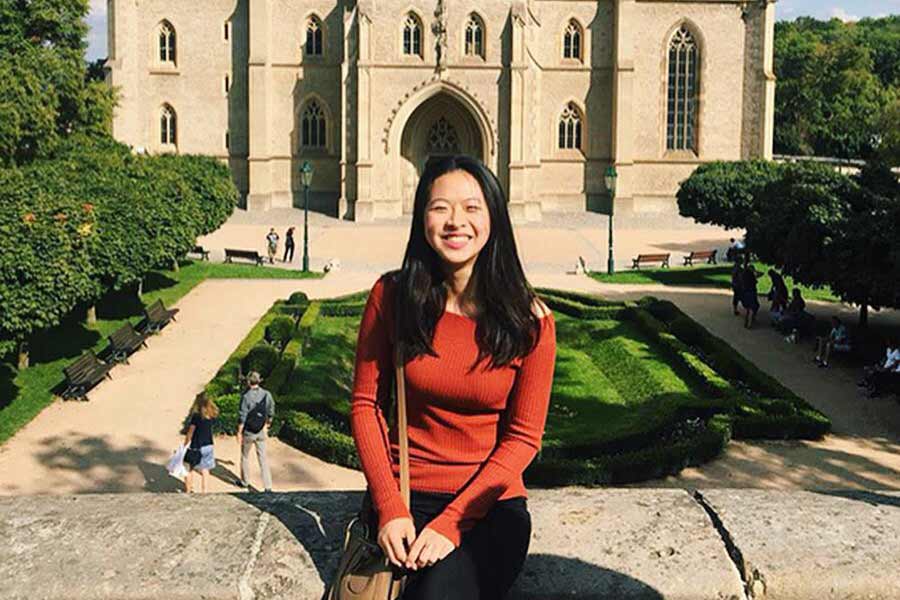 I spent my semester abroad in Prague, Czech Republic, through the ISA program History, Culture, & Politics. I took courses on European politics and gender issues at Charles University in Prague, and also had a mandatory Czech language class. Because Prague is so centrally located in Europe, outside of class I did a lot of traveling around the continent. It was amazing to be able to combine learning in a classroom with visiting these places of historical and political importance. European politics operates so differently compared to that in the United States and I'm fascinated by concepts such as European integration and German collective guilt—areas of study I didn't know existed before.

Knox taught me to formulate and voice my own thoughts while at the same time working with a wide range of people and ideas. Because classes abroad are taught in a different context than at Knox, it was so valuable for me to be able to question and critically reflect on the material while at the same time consider the cultural context in which it was set.

What's the most important thing you've learned at Knox?

More than anything, Knox taught me to keep an open mind. I didn't come to Knox thinking that I would end up majoring in what I chose, learn to dance, join Greek life, publish poetry, or become friends with a diverse group of people. I didn't even know my minor existed until I got here. I'm used to having a set plan but Knox put me in a position to question my beliefs about myself and the world.

At Knox, Cara is a member of the Terpsichore Dance Collective and the Tri-Delta sorority. She also serves as Panhellenic Council’s vice president of administration.