Majors in International Relations and Spanish

Anna found a journalism career that nurtures her curiosity about people and the world. 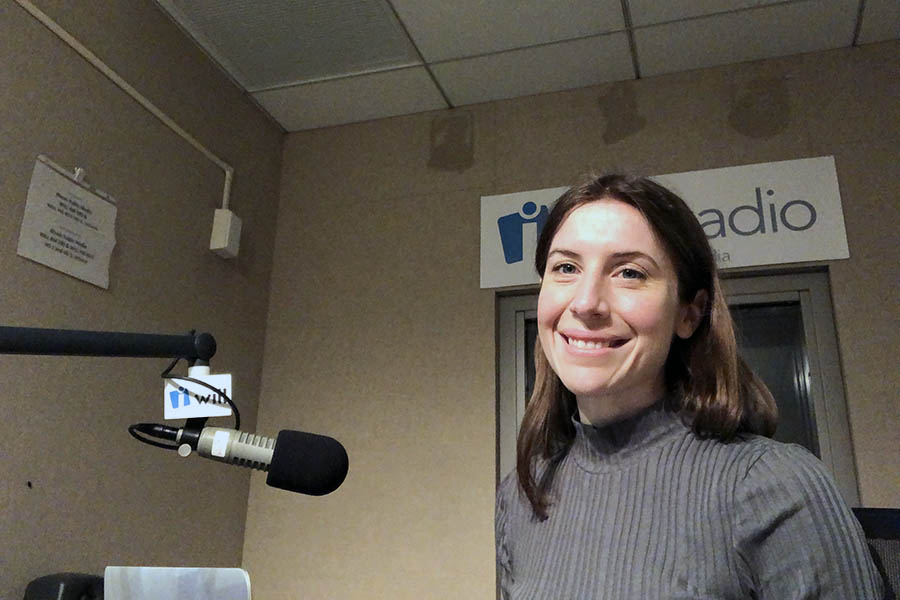 Anna Casey is a self-proclaimed news junkie, so her role as producer of Illinois Public Media’s news radio program The 21st is a career highlight. “I have a job where I can nurture my curiosity about people and the world,” she said. “Knox fostered that curiosity and the ability to follow your own passions.”

Journalism was always a career consideration, but she didn’t take any journalism courses at Knox. Instead, she took a range of classes, studied abroad in Barcelona, and graduated with a degree in Spanish and international relations.

She received a master’s in journalism from the University of Texas-Austin. “I don’t know if I would’ve had the opportunity to go to graduate school if I hadn’t gone to Knox,” she said. The differences between a large public university and Knox’s smaller campus were striking, and Anna believes that her undergrad experience was enriched by the small campus and opportunities to explore diverse academic fields, as well as get involved with the campus community. “At a larger school, I think I would have been overwhelmed and I wouldn’t have been involved in the Knox radio station, the Ultimate Frisbee team, or worked on The Knox Student newspaper,” she said.

Her print journalism has appeared in Kaiser Health News and the St. Louis-Post Dispatch, among other outlets, and her radio pieces have appeared on NPR’s Morning Edition and on KUT, a public radio station in Austin, Texas.

“Journalism is the perfect career for someone who has a liberal arts background,” she explains. “As a producer, Knox taught me how to have a conversation with people who are different from me and to have a healthy skepticism. “Everyday, I am learning something new and looking at things from another point of view.”

Anna’s Knox education set her up for success as a journalist. “In every class at Knox, we were having conversations and learning how to formulate ideas,” she said. In particular, she cites professors Karen Kampwirth, Catherine Denial, and Sue Hulett as influential. Kampwirth’s political science classes on Latin America were fascinating, said Anna. Denial’s history classes taught history from different perspectives: “I learned about history through a different lens, in ways I hadn’t explored in high school,” she explained. And Hulett encouraged her students to speak up in class. “She sometimes viewed things differently from her students, so being able to formulate arguments was important. We also had to follow current events, which has helped with my journalism interests.”

Anna believes that skills earned at Knox helped her with a story that aired nationally about mobile home owners and businesses that exploit them by raising the cost of the land rental. “Because we are at a small station, I had to do most of the editing on the piece myself. It was an honor to be trusted with the story by the residents I interviewed, and the regional editor, who is notoriously tough. But the regional editor complimented me on it before passing it on. That was an accomplishment!”