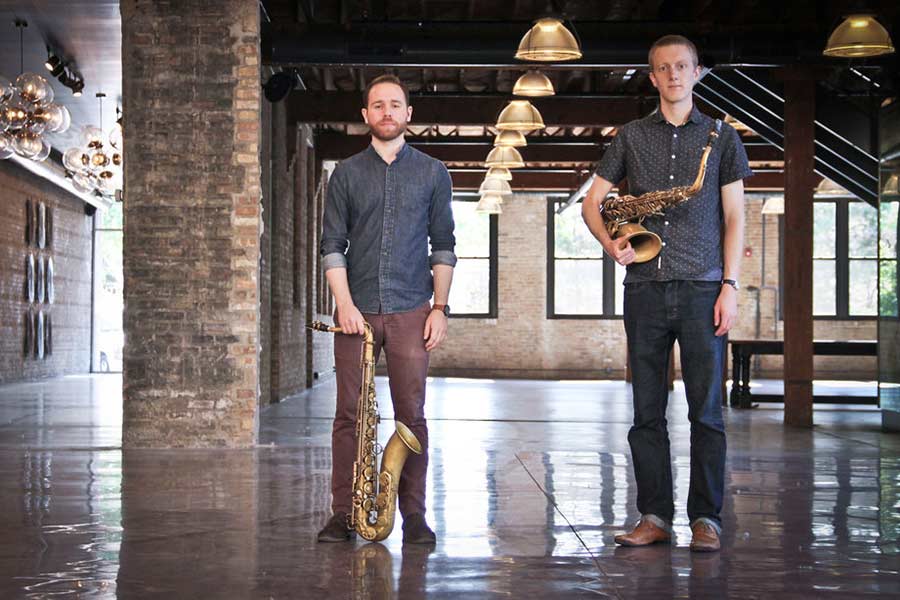 The 2020 Knox College Winter Jazz Series on Saturday, January 11, will feature the band Black Diamond, which thrives on the chemistry and compositions of saxophonists Artie Black and Hunter Diamond.

Each year, the Knox Winter Jazz Series showcases global artists with diverse cultural perspectives for a free concert and one-on-one experiential programming with Knox students and the Galesburg community.

The Black Diamond group features bassist Matt Ulery and drummer Neil Hemphill, in addition to Black and Diamond. The two saxophonists’ dynamic has allowed them the unique compositional opportunity to write for the group in a way that is both deeply personal and instrumentally uncommon.

Black Diamond's debut recording, Mandala, on Shifting Paradigm Records was released in August 2017. The album contains nine original works by Black and Diamond and was featured as an Editor's Pick in Downbeat magazine. The title is inspired by the Vajrayana Buddhist practice of sand painting. The intent of a mandala is to form a representation of the enlightened mind through intricate patterning of layered grains of colored sand.

Black Diamond's newest release, Chant, on the Shifting Paradigm label was recorded live at The Whistler in Chicago.

In Chicago, the band has been featured in various residencies including, Andy's Jazz Club, The Drake Hotel, and The Whistler. Other performances include the 2018 Chicago Jazz Festival, and associations with the Jazz Institute of Chicago, Sounds of the City Workshop, the Anagram Series at Elastic Arts, and the Chicago Jazz Composers Collective.