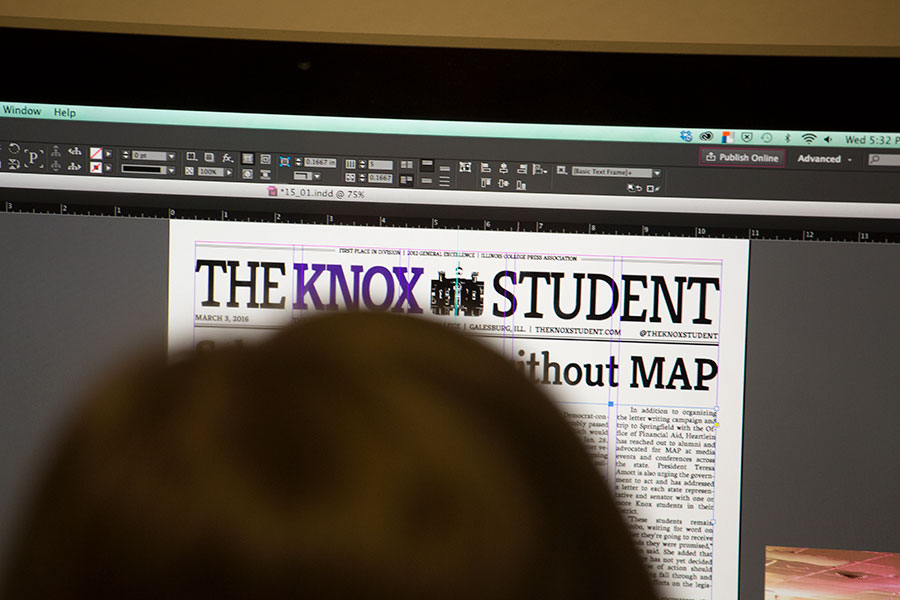 The Knox Student is among 46 college newspapers nationally to be recognized as a Pacemaker finalist by the Associated Collegiate Press.

“The Pacemaker is the association’s preeminent award,” ACP executive director Laura Widmer said in a news release announcing the finalists. “ACP is honored to recognize the best of the best.”

Among the finalists, 37 are from four-year schools and 15 of those will be named Pacemaker winners on October 22 during the Fall National College Media Convention.

“This again puts Knox College’s student journalism among the best in the nation,” said TKS advisor Tom Martin. “This is the first time for TKS to earn back-to-back Pacemaker honors. To the students’ credit, national awards are a regular occurrence.”

Five print issues produced during the 2019-20 school year were submitted to ACP for consideration. Two teams of three judges studied every entry, analyzing its strengths and weaknesses. At least two of the three judges agreed on whether a newspaper was eliminated or would be named a finalist or winner.

Connor Wood '20, now a reporter at the Centralia Morning Sentinel in southern Illinois, was TKS editor for the 2019-20 school year and his name appears on the honor.

“Connor is such a strong journalist,” Martin said. “And he showed great leadership, especially during the pandemic when TKS had to become an online-only publication in a matter of weeks.”

The Knox Student was among only three student newspapers in Illinois to earn the honor. The other two publications are the Columbia Chronicle at Columbia College, Chicago, and F Newsmagazine from the School of the Art Institute of Chicago.

TKS was founded in 1878 by S.S. McClure, who created McClure's Magazine after graduating from Knox.