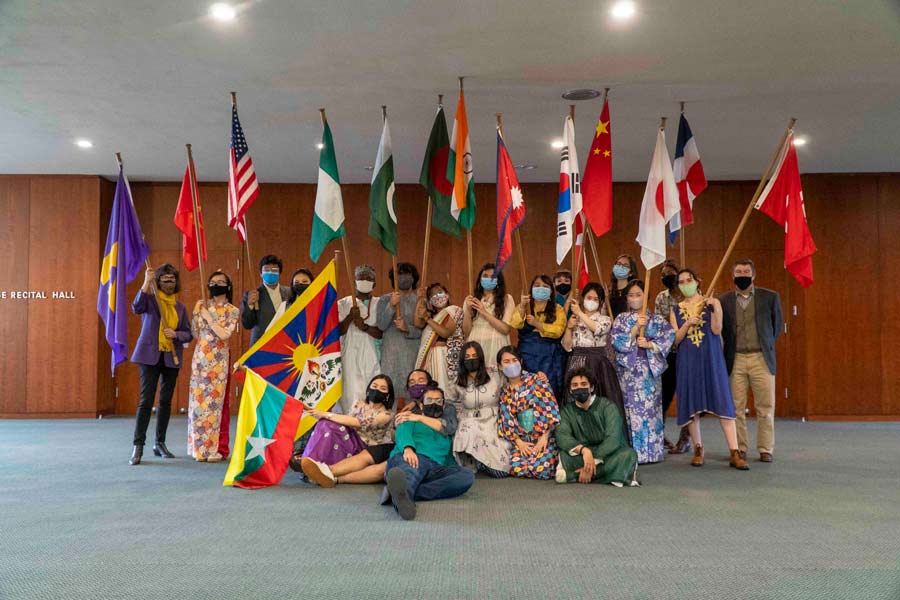 Decades ago, the International Club at Knox College began a tradition of celebrating students from different backgrounds and cultures through the International Fair. Knox’s first I-Fair in 1982 was less than half the size of this year’s celebration—the 40th I-Fair—but its beginnings were neither small nor humble.

Like that first celebration, the 2021 I-Fair didn’t look much like the I-Fairs of recent years, starting with the timing. Traditionally, International Club hosts I-Fair during winter term. Due to the College’s decision to offer classes remotely until mid-February, the organization decided to delay I-Fair until spring term so students would get the opportunity to have events in a hybrid format. “We had a blueprint of what I-Fair is supposed to look like, but we knew it was going to be different this year,” said Wakako Sugata '22, co-president of I-Club.

“One thing was clear with us. We never doubted it and we never talked about it—that we were going to do it [I-Fair 2021],” says Behrooz Dinyarian '23, International Club membership chair, “It was never an option that we were not, because it’s so important to the community.”

This year’s theme was a natural fit for this new environment: “Entertainment: Movies and Music.” From watching movies to playing bingo to learning Bollywood dance, students both on-campus and learning from home were able to experience pop culture from many new perspectives.

The preparations for the 2021 event began during the summer of 2020. Members of the executive board were all over the map—literally. Some stayed on-campus for the summer, while others were at home. “We were very much functioning as a hybrid exec,” said Dinyarian.

From the beginning, the students knew they would have to find new ways to conduct festival mainstays. One example was the traditional outfit day, an event that usually marks the beginning of International Week. Executive board members decided that instead of holding an in-person event, they'd organize a cultural outfit day contest on I-Club’s social media channels. Participants sent their pictures to I-Club, which posted them on Instagram, and winners were decided based on the number of likes each post received.

“It ended up getting a lot of people excited about I-Fair,” said Aditi Parikh '23, public relations co-chair.

The usual one-night international food fair adapted to the times, too, becoming a weeklong event. Students and organizations emailed recipes, which they usually would have prepared themselves for the food fair, to the International Club executive board members. They worked with Knox dining services chefs to offer students a variety of international dishes like Jollof rice and chicken, chicken biryani, Japanese curry, Korean pancakes, and empanadas throughout the week.

The much-beloved cultural showcase became a broadcast event—with a twist. On campus, two live MCs, Tina Jeon '21 and Isaiah Simons '23, hosted the broadcast to an in-person audience in Harbach Theatre, where the seating capacity allowed for a larger audience without compromising social distancing requirements, as well as sharing the event online for students away from campus. “We chose to make the performance part of it virtual to make sure all the performers are safe, and at the same time people who aren’t on campus also have a chance to participate, watch, and be a part of I-Fair,” Parikh said.

No I-Fair would be complete without the parade of flags, which Parikh says is one of the best parts of the celebration. “That was the first time I saw people being so excited about being international students.” Initially, the parade was supposed to be held outside, but like so much of the event, inclement weather required the executive committee to adapt on the fly. Even so, the event was as majestic as usual. To see more than 20 countries wave their flags together is a treat for the eye. “Even though we had fewer people participating, with the president [Teresa Amott] being there and supporting us, it still felt very international in that moment.”

One thing about I-Fair hasn’t changed: Students have found welcome and community in International Club even through an unusual year. “When I first came to know I-Fair, it felt like a community, and I felt like home, and that’s also a reason why I decided to be on I-Club exec to make I-Fair happen,” says Khoa Pham '23, public relations co-chair. “This club is supposed to be a second home for international students, so don’t be afraid to reach out.” 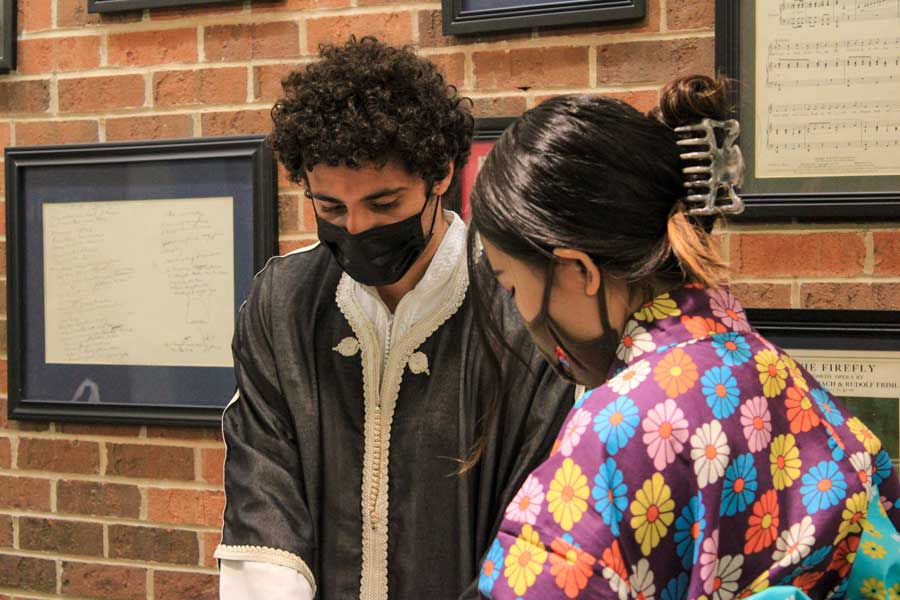 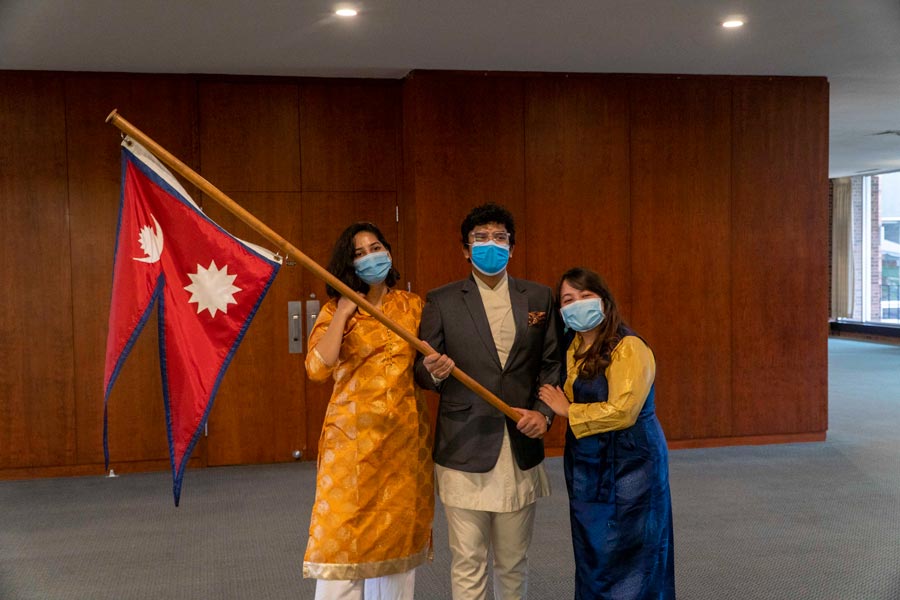 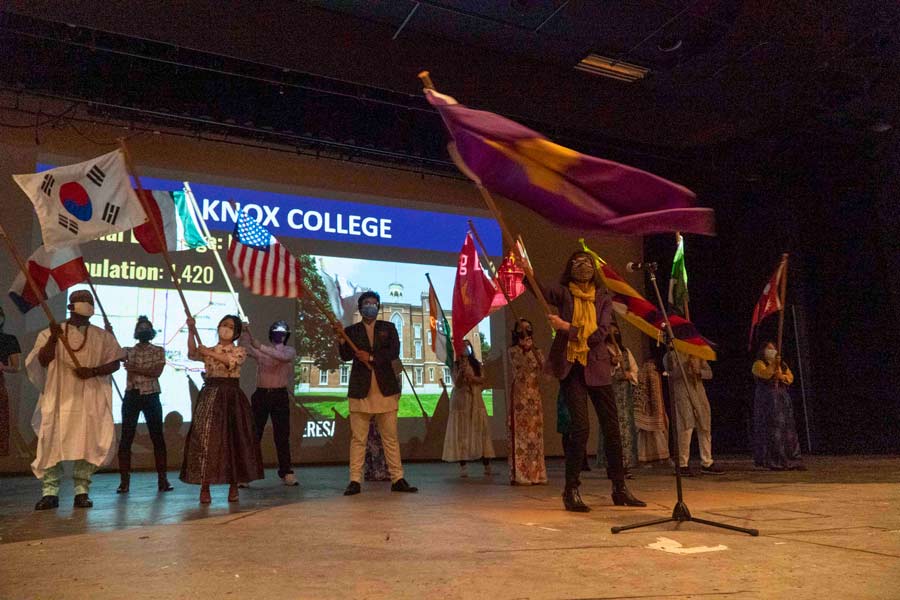 Join Nicole Havelka '95 as she presents "Become a Time Boss" at noon CT on Tuesday, December 7. It's the late...