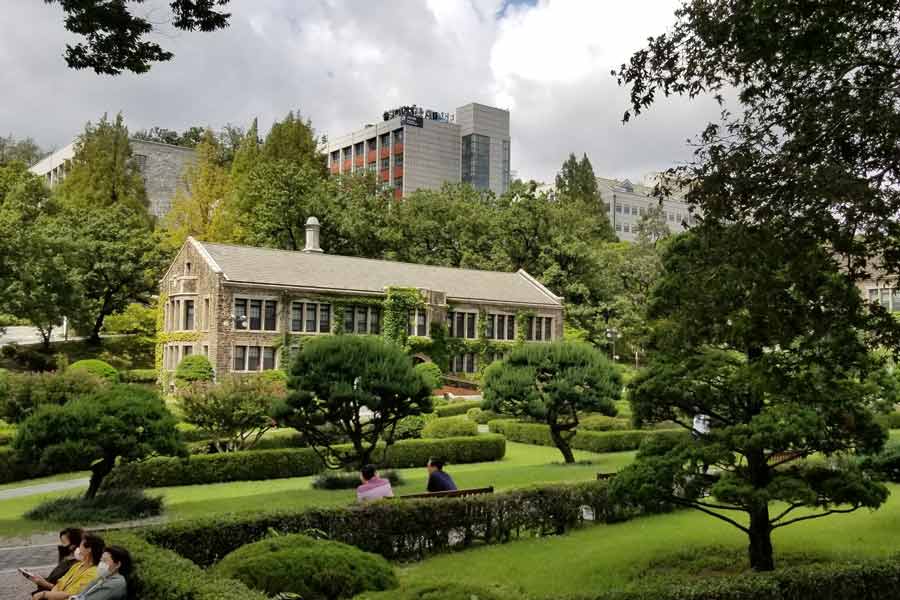 Even with all of the upheaval caused by the worldwide COVID-19 pandemic and travel restrictions in place between the United States and many international destinations, Knox students are still finding ways to study abroad.

Jane Lee '22, who majors in international studies, is studying abroad in Seoul, South Korea, this fall. She said that, aside from a two-week mandatory quarantine, there were no restrictions on travel into South Korea. "I was able to just fly from Los Angeles to Incheon International Airport just like I did last year when I visited Korea. The only difference was that the airport was basically deserted and they checked your temperature before boarding. My flight was very empty, and the process from checking in to boarding was very calm and smooth.”

Studying in South Korea has proved to be a good fit for Lee's major. “I was initially interested [in studying abroad] as a freshman but didn't look too much into it until I found international studies as a major option,” Lee said. “I had entered Knox with the original plan to major in political science, but I really fell in love with a couple of classes that were in different departments and found I could tie up my interests in a neat interdisciplinary major. I really got serious with it when I found that there were a couple of programs I could apply to study in Korea.”

“I remember I was finishing up my internal Knox application as COVID news was circulating around and most people’s spring plans had been canceled,” Lee said. “I committed and finished the external application when we were sent back home for spring break. Everything seemed fine and then kind of went downhill, but I figured I was already in too deep, so I did the external application and was emotionally ready for my program to be canceled at a moment's notice.”

Lee has been surprised that she feels comfortable even though she's so far from home. “I was not anticipating being able to go out and do things normally as much as I have. Of course, some events, like the big Yonsei-Korea University rivalry games, were canceled, but things have been okay. It is a bit disappointing, but I still get to experience other things here as well,” she said. “I think that choosing to study abroad to complete my major in South Korea during COVID was actually better. I feel like I have more time to have more ‘hands-on’ experiences and my education doesn’t feel like it is suffering. It makes me want to stay here longer than I am.”

Mizuho Chiba '22, who is an  anthropology & sociology major studying at the London School of Economics, says she did not encounter any restrictions when she traveled to the United Kingdom—having returned to her home country, Japan, from Galesburg several months earlier.

As a student whose time at Knox has been a study-abroad experience in itself, Chiba's priorities in choosing a second study-abroad experience were slightly different. “[As a native Japanese speaker], I thought it would be best to study abroad in an English-speaking country so I could make the most of my studies. Plus, the U.K. is known as the birthplace of anthropology, and British institutions are known for social anthropology, not cultural anthropology, which is popular in the U.S., so I finally decided to go to a university in the U.K.,” she said.

“Whether I'm in the U.S. or U.K., or whether there is a global pandemic or not, I try to learn from my courses as much as I can,” Chiba said. “I'm worried a little about having fewer opportunities to learn from my courses since we can’t meet and discuss face-to-face as often, but everyone is in the same situation, so I don't think about it much. I mean, I'm in the heart of London, where there are tons of things to do, so I have more freedom and also a responsibility to maintain my busy college life by myself, regardless.”

Theo Karplus '22, a double major in business & management and political science, is spending fall term in Athens, Greece. Though travel between the United States and Greece is limited because of COVID-19, she says she was able to obtain a visa and travel as usual.

Karplus explained she decided to study abroad for a number of reasons. “Before I came to Knox, I participated in a semester-long study abroad program in Salamanca, Spain, and it was the best decision of my life. I learned so much, made lifelong friends, and became proficient in Spanish. I wanted to continue to experience new cultures and thought that because Spain was such a good experience, I should study abroad again!”

“Despite the restrictions, I have managed to make some great memories already and it has been a very unique opportunity to see such a beautiful country! It was worth all the work,” added Karplus. “I am very thankful that Knox is still allowing me to have this life-changing experience, and to me, their desire to support my endeavors only proves that I picked the right college!”

Support for off-campus study is thanks in part to the Jan and Judy Sarnecki International Travel Fund. Learn more about off-campus opportunities at Knox. 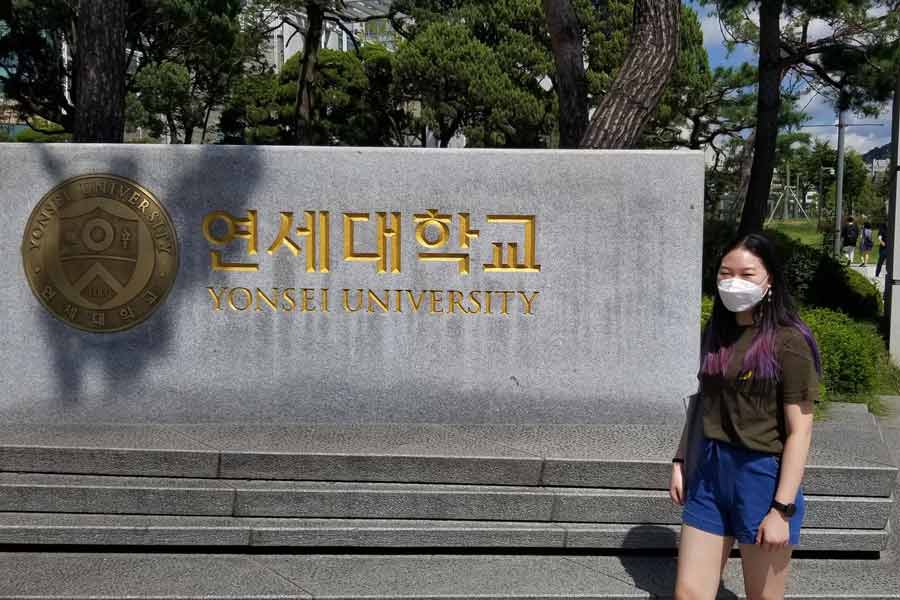