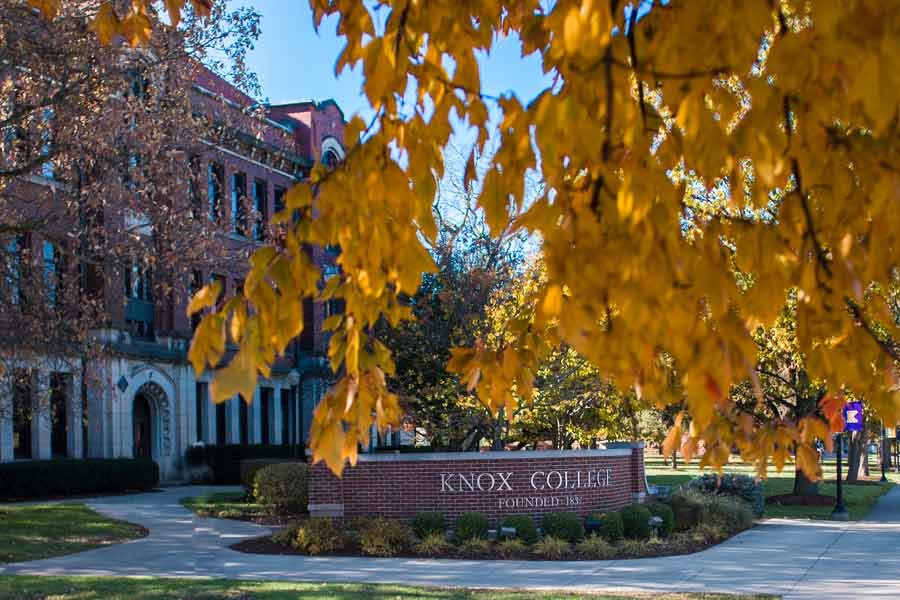 Knox continues to move up in the national rankings, being named 66th overall among “National Liberal Arts Colleges,” which considers factors such as the academic strength of students and faculty, graduation rates, academic reputation among experts, and alumni giving.

"No ranking can fully capture the quality of a college or university," said Knox College President Teresa Amott about the rankings. "But we are pleased to see Knox recognized as one of the best colleges in the country."

At Knox, every student has the opportunity to participate in transformative moments like research, internships, community service, or study abroad through a Power of Experience Grant. All incoming students receive up to $2,000 to support one of these learning opportunities during their junior or senior year.

This summer, students used the grant to participate in internships around the world, from forecasting major economic indicators for the world’s largest economies in London to teaching music in South Africa and conducting field surveys at an archaeological dig in Portugal.

“Experiences like internships and study abroad allow our students to apply what they’ve learned in the classroom to hands-on, real-world situations,” said Paul Steenis, vice president for enrollment. “These experiences help our students learn to think critically and creatively, communicate clearly, and adapt to new technologies.”

In addition to the overall ranking, the 2020 Best Colleges rankings recognized Knox in the following additional areas:

This is the 35th year that U.S. News has issued its Best Colleges rankings.

Knox College has appeared in other recent college rankings. It was selected as a “Best College Value” by Kiplinger’s Personal Finance magazine and ranks among the top U.S. colleges in the 2020 edition of The Princeton Review’s annual guidebook, The Best 385 Colleges.