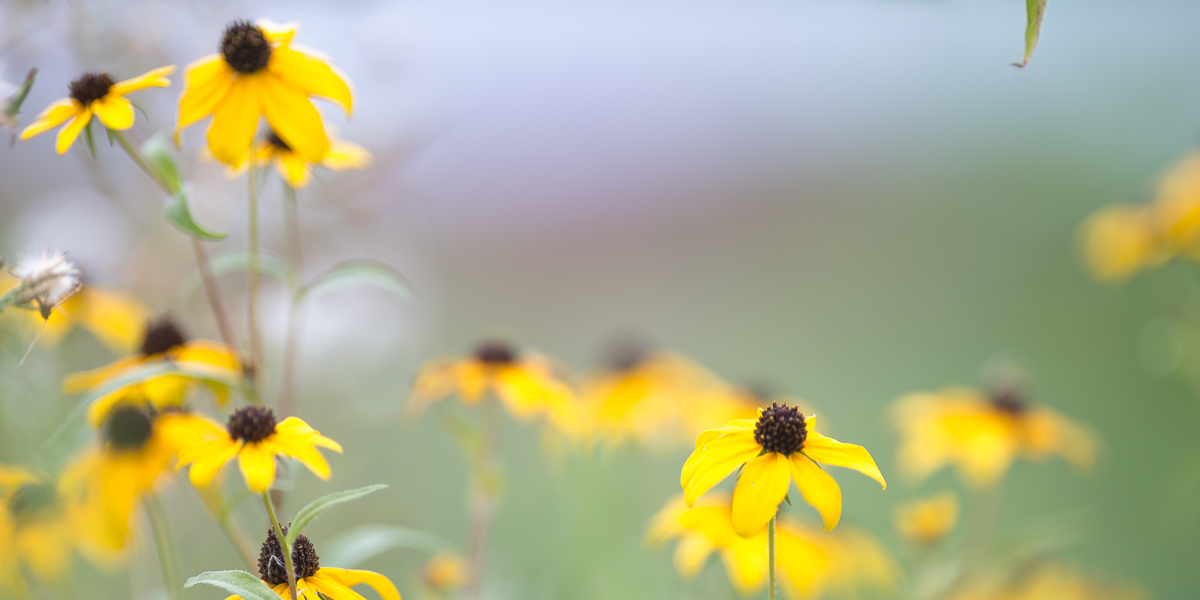 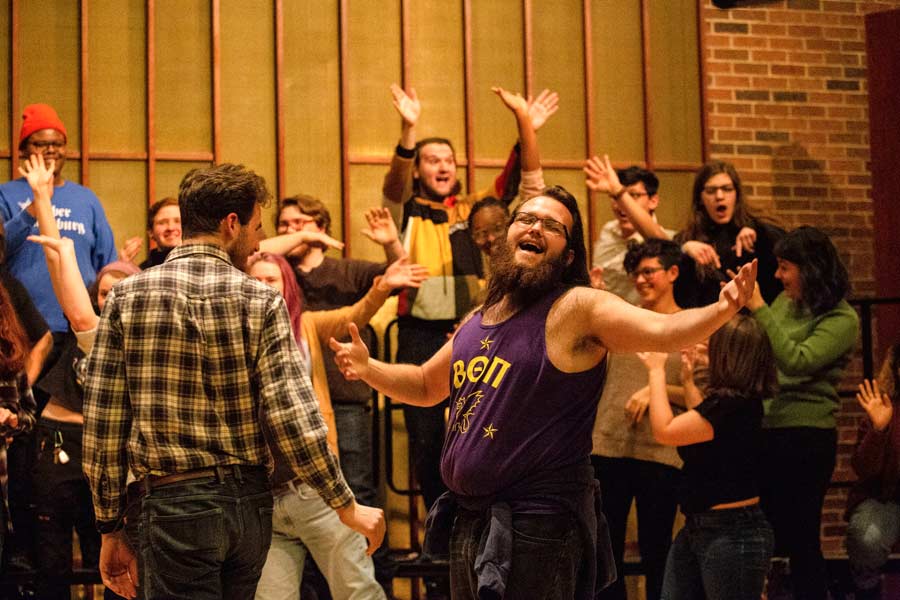 The concert will showcase the program for the choir's 2019 Midwest Tour. From March 13 through March 18, the choir will be performing concerts in Iowa City, Iowa; Minneapolis and St. Paul, Minnesota; and Chicago, Illinois.

This year, the Knox College Choir had the unique opportunity to work with South African composer and choral director Dr. Michael Barrett. Barrett is director of choral activities at the University of Pretoria and conductor of the internationally recognized Tuks Camerata.

Barrett visited Knox College on January 30-31 for a two-day residency, where he held a workshop on South African music and dance. During his residency, he rehearsed four of his pieces with the choir: " ," "San’bonani," " Wana," and "Namhla Kudibene." All of these pieces will be featured in the Send-Off Concert. Choir members Eddy Freeman, Alex Heston, Einar Pieler and David Petrak will be featured as soloists.

Knox Chamber Singers (to be selected from): 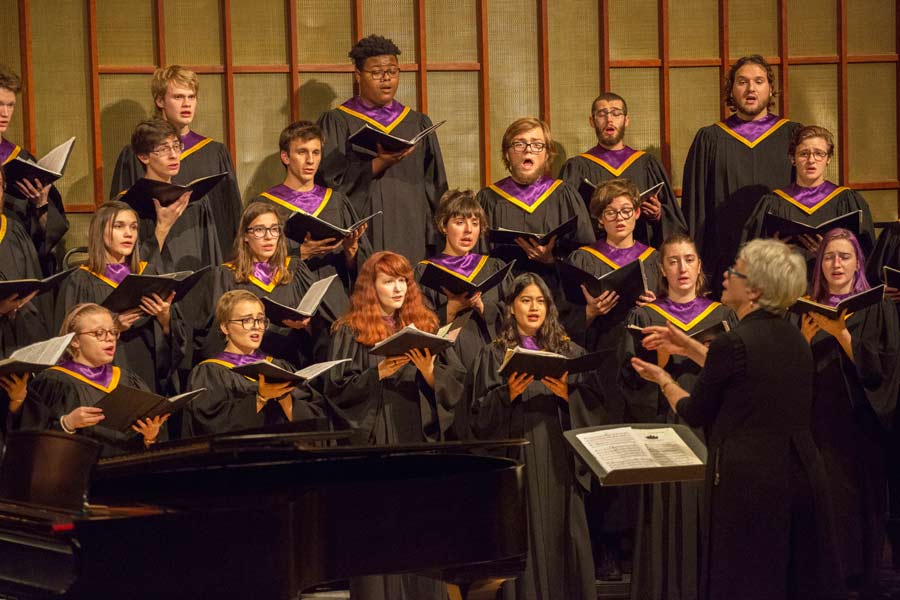 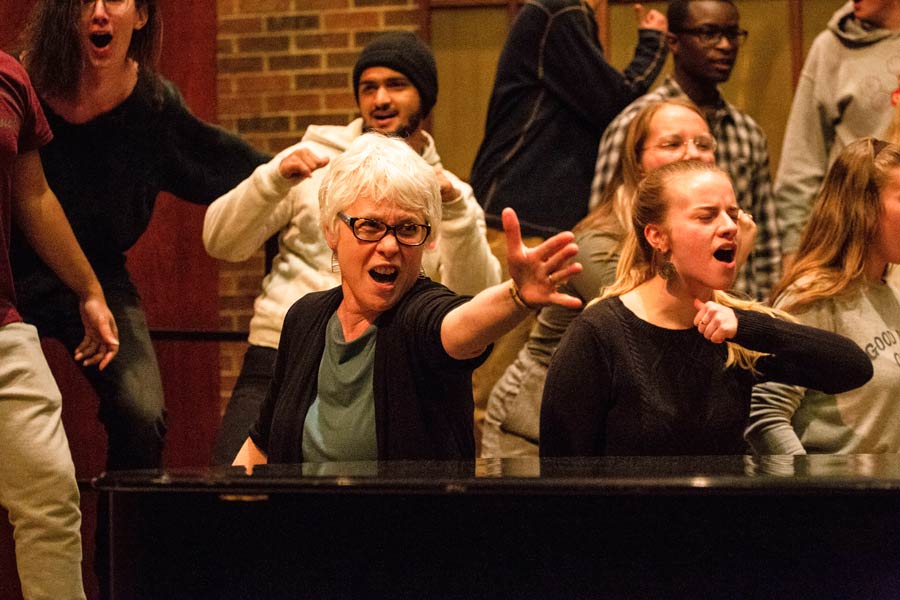 Choir members listed by name, hometown, and major if declared