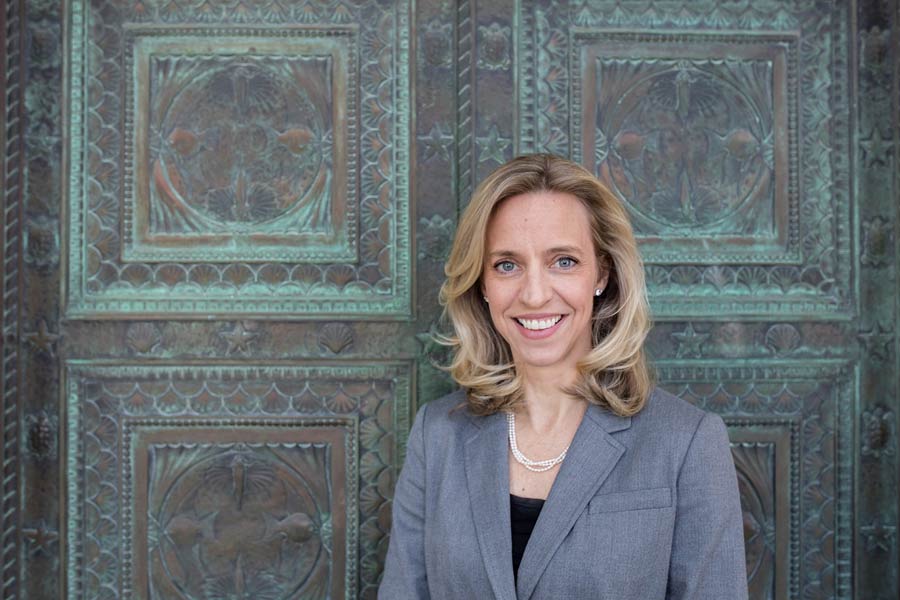 Knox College announced today that Bridget Coughlin ’94 will be the speaker at the 2019 Commencement exercises to be held in June. Coughlin is president and CEO of the Shedd Aquarium, Chicago’s most-visited cultural attraction and a national leader in animal care, conservation education, and marine research.

"I am delighted that Bridget Coughlin has accepted Knox’s invitation," said Knox College President Teresa Amott. "As a scientist, CEO, educator, and advocate, Dr. Coughlin embodies the breadth of knowledge and dedication to community engagement that are the hallmarks of a Knox education."

"I believe her story will inspire this year’s graduating class to make the world a better place with the skills they honed at Knox—curiosity, persistence, and intellectual capacity."

Coughlin leads the aquarium’s mission to educate and engage the public about aquatic animals and their habitats. Before joining Shedd in 2015, she served as vice president of strategic partnerships and adjunct curator at the Denver Museum of Nature & Science, as well as five years at the National Academy of Sciences, where she served as managing editor of the Proceedings of the National Academy of Sciences.

Coughlin graduated from Knox with a self-designed degree in biochemistry, earned a Ph.D. in biochemistry from the University of Iowa, and received an executive MBA certificate from the Kellogg School of Management at Northwestern University. Coughlin has led teams funded by the National Institutes of Health and the Howard Hughes Medical Institute conducting research projects on infectious disease. She also was part of an international team at Woods Hole Marine Biological Laboratory that completed a research project on genetics. She received an Alumni Achievement Award from Knox in February 2019.

"I've had a really rich, mosaicked career, moving from the lab bench to a large non-government organization in Washington, D.C., the National Academy of Sciences, and then into the scientific cultural world of museums and aquariums," says Coughlin in an interview for Knox Magazine. “But if you look from bench research to the National Academy of Sciences to museums and aquariums, it's all about that narrative, that story of science.”

The 2019 Knox College Commencement will be held on Sunday, June 2, at 10:00 a.m. on the South Lawn of Old Main on the Knox College campus. It is free and open to the public.