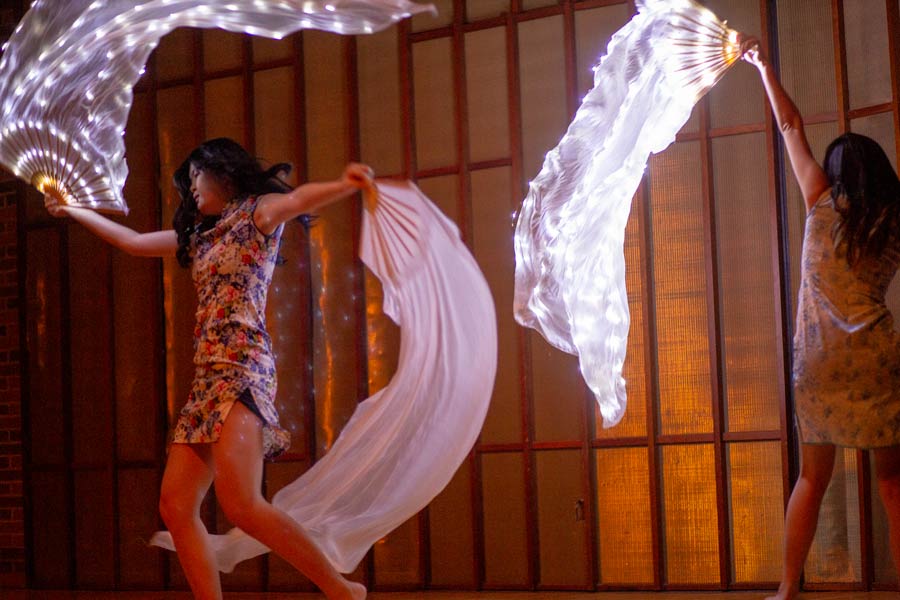 Reprinted with permission from the Galesburg Register-Mail

Inside of Galesburg’s city limits is the campus of Knox College, home of over 1,200 students from September to June. They come from not only all over Illinois and the United States, but the world. Over 50 countries are represented by the student body. On January 25, 2020, for the 39th year, the college held the International Fair to allow students to highlight the wide variety of cultures at Knox.

Following a booth fair where the various cultural groups at Knox such as Lo Nuestro, M.E.C.h.A, Harambee, and aaina presented booths explained different aspects of their culture to fellow students as well as members of the Galesburg community, as the event is free and open to the public.

Robert Nguyen, a junior at Knox, was taking group photos of the Vietnamese Club as the booth fair wrapped up. Nguyen, who estimates there are about 45 Vietnamese students at the school, looks forward to the I-Fair every year.

“It means a lot. We are thousands of miles away from home and it gives us a chance to celebrate our culture.”

A parade of flags opened the cultural showcase. Nations large and small, from throughout Asia, North and South America, Europe, and Africa were represented. Flags of Syria, Palestine, Tibet, and Kashmir flew alongside those of India, China, Japan, and the United States, all held by representatives of their nations.

Knox College President Teresa Amott welcomed the crowd briefly, making it clear that at Knox College “everyone is welcome.”

“It’s so important that Knox students have a global education,” said Amott before the event.

“There’s something about this event, the face-to-face aspect of it. It’s so important.”

The theme of the cultural showcase was “Street Culture” and mostly featured dancing, both traditional and modern. Latin American, African, Indian and Pakistani, Korean, Japanese and more cultures were represented.

Tina Jeon, a Knox junior from South Korea, was one of the busier performers of the day, as she not only took part in a K-pop medley with her fellow students, but was the only student to have a solo dance performance. Jeon performed an interpretive dance titled “Magic Flower.”

She described how it felt to have the chance to take part in the event.

“When I see the flag parade, I almost cry. The fact that people from so many countries are here and get the chance to present to other people is such a breathtaking moment.”

Cheers thundered throughout the overflowing Harbach Theatre over the course of the show. Large dance numbers and several songs by a coalition of Indian and Pakistani students were among the loudest. Over 15 Vietnamese students performing a modern dance was among the largest.

In addition to the dancing and music, Shuchita Poddar, read “Streets of India,” which highlighted her home country and feelings of homesickness.

“I’m sorry that I’m leaving you alone… but I promise I will be back on August 15 (Indian Independence Day) where we will stand together, sing the national anthem and salute the Tiranga. I want to wrap myself in your colors once again, saffron, white and green.”

The showcase closed as representatives of all the groups came out for one last dance together and shoot confetti in the air in celebration.

(Photos at top and below: Students participate in the International Fair's cultural showcase, the parade of flags, and the food fair.) 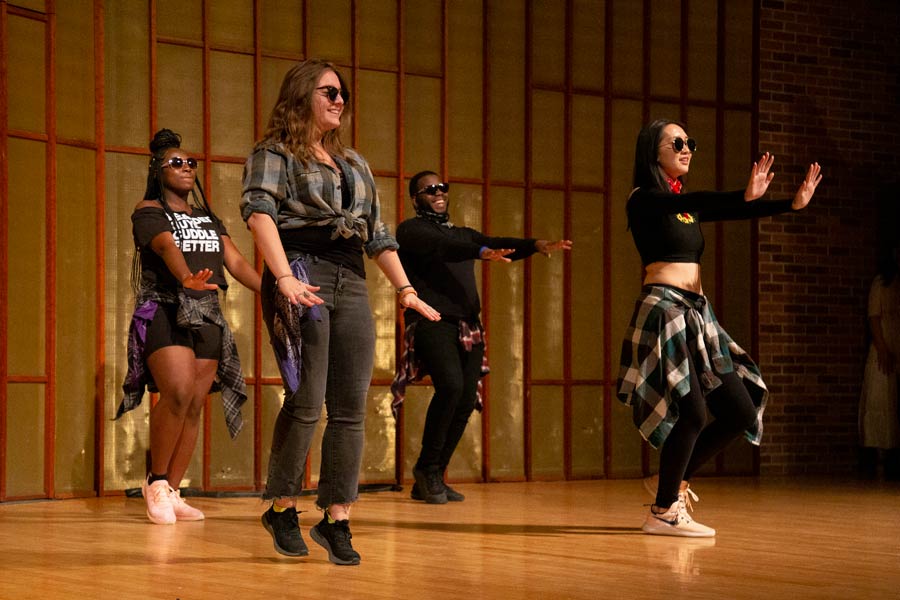 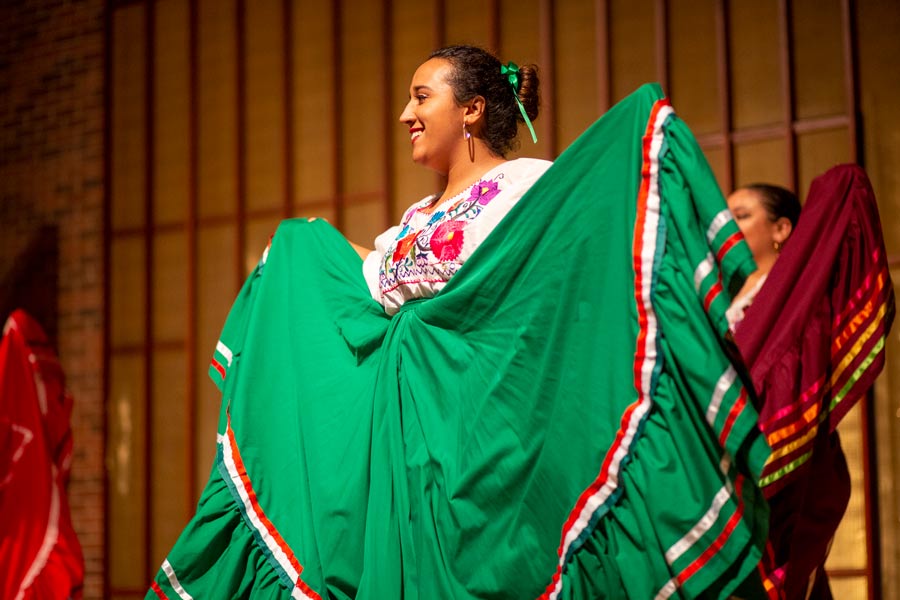 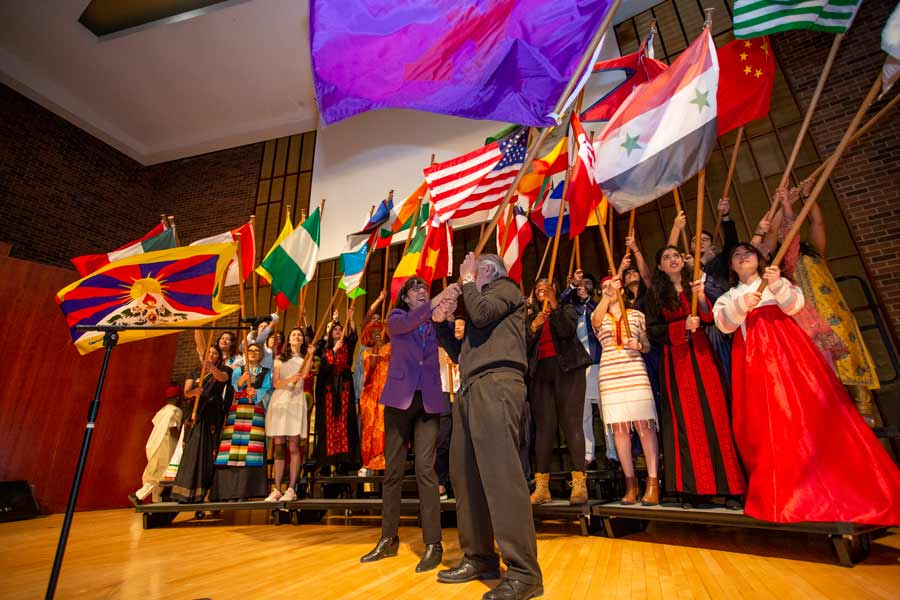 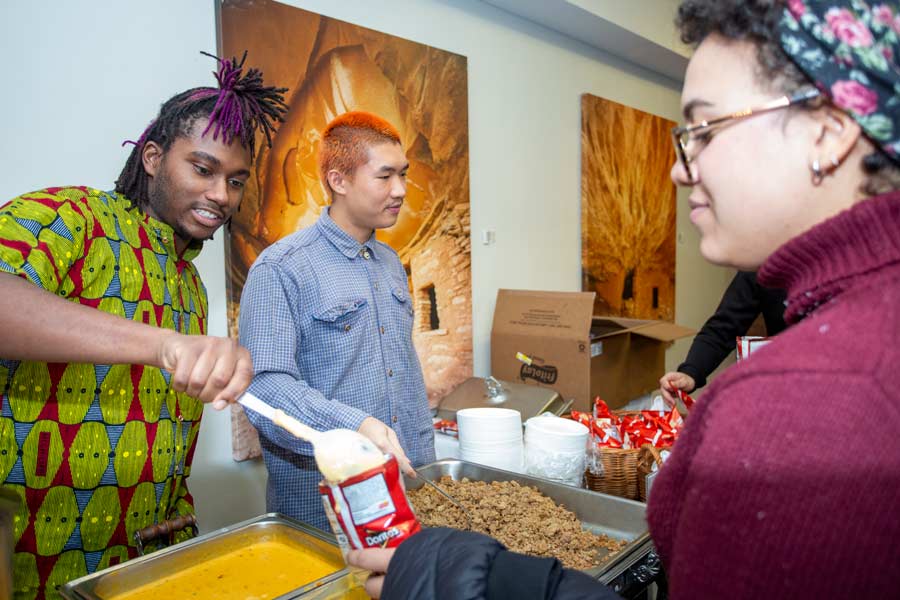 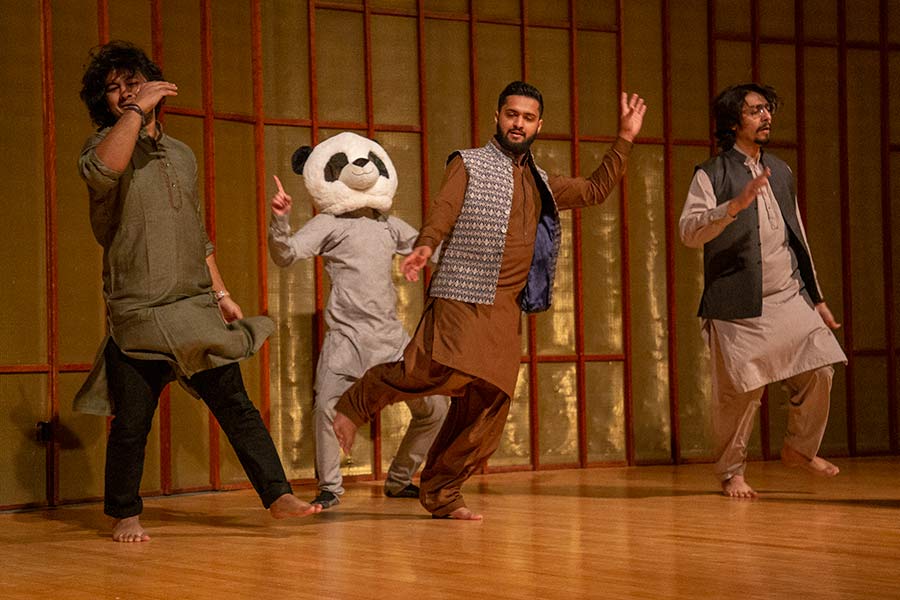 "When I see the flag parade, I almost cry. The fact that people from so many countries are here and get the chance to present to other people is such a breathtaking moment." — Tina Jeon '21