The Knox Student Newspaper Is a Finalist for Journalism Award 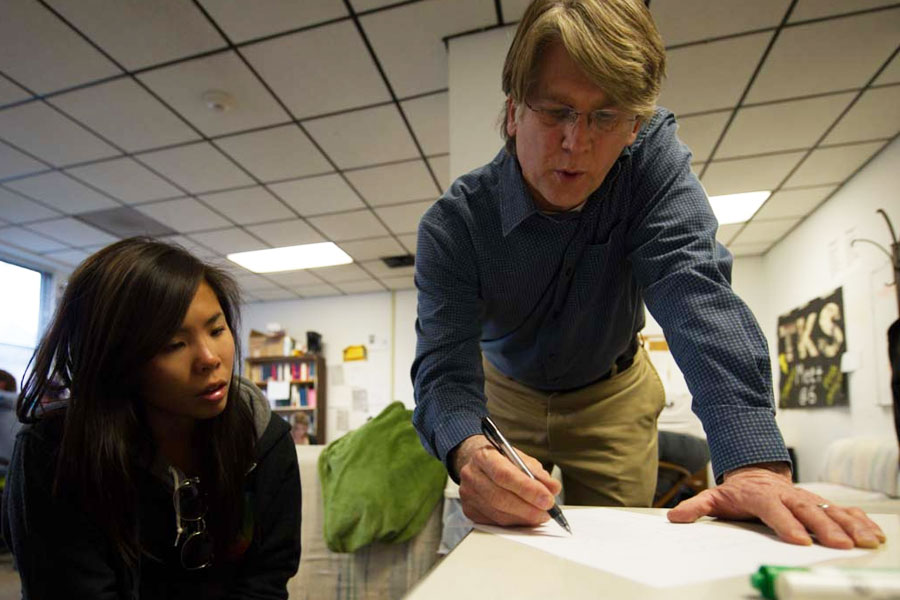 The Knox Student, Knox College's student-run newspaper, has been named a finalist for the 2014 Associated Collegiate Press Newspaper Pacemaker award. The Pacemaker awards represent the highest honor in the collegiate press in the United States.

"It's an incredible honor to have been nominated for this award, and I believe it really reflects well on both TKS and Knox itself," said Kate Mishkin '16, managing editor of The Knox Student.

"TKS is made up of some really hard-working individuals," she added. "They're incredibly involved in the school, and I think that's what makes them good journalists -- they have their ears to the ground and know what's going on around campus."

Other Pacemaker finalists include student newspapers at the University of California-Los Angeles (UCLA), Indiana University, Temple University, George Washington University, and the College of William and Mary. 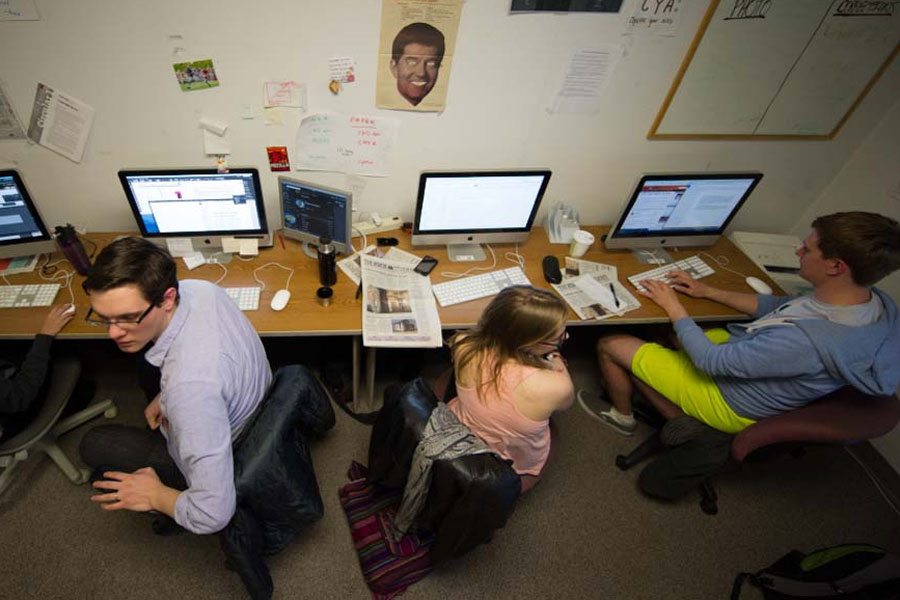 Judges choose Pacemakers based on coverage and content, quality of writing and reporting, leadership on the opinion page, evidence of in-depth reporting, design, photography, art, and graphics. Winners of the Pacemaker will be announced at the 2014 National College Media Convention, October 29-November 2 in Philadelphia, Pennsylvania.

"Being recognized at a national level says volumes about The Knox Student and our student journalists," said Jim Dyer, chair and assistant professor of the journalism program at Knox. "Their work perpetuates the incredible legacy of quality journalism at Knox College that began in the 1800s with Ellen Browning Scripps and Samuel S. McClure."

TKS has received numerous other awards in recent years for excellence in journalism.

Earlier this year, for example, TKS was recognized by the Society of Professional Journalists (SPJ) as Best All-Around Non-Daily Student Newspaper for SPJ's Region 5, which consists of Illinois, Indiana, and Kentucky. In addition, TKS received 18 awards -- including five for first place in various categories and second place for General Excellence in its division -- from the Illinois College Press Association in February 2014.