Major in Biology, Minor in Anthropology/Sociology

Lindsey is the sustainability manager for the city of Boca Raton, Florida, and is passionate about environmental education and community-based conservation. 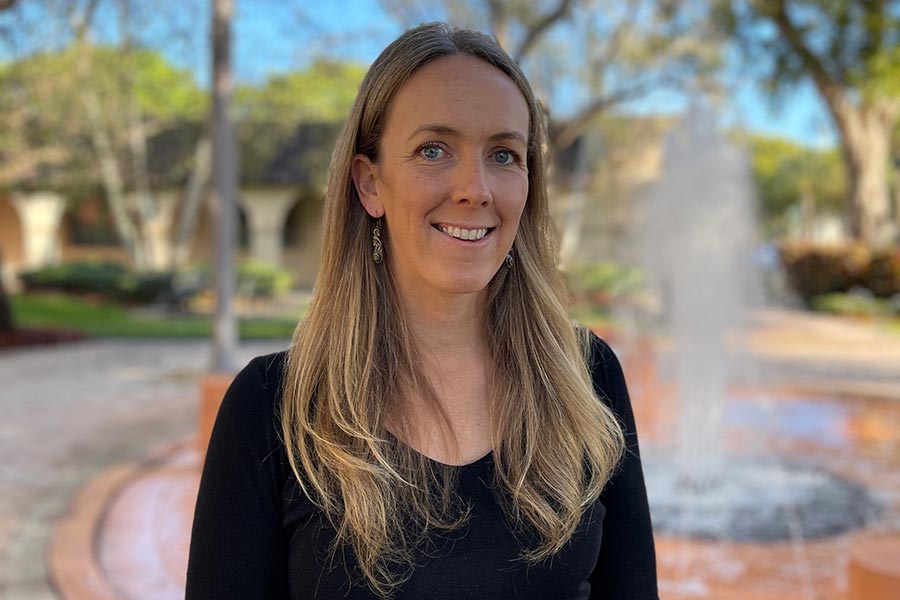 How did your experiences at Knox—inside and outside the classroom—ignite or develop the interests you're pursuing in your after-Knox life?

Before Knox, I wanted to be in biology as a field biologist, studying plants and animals. I participated in the first year of Green Oaks Term and then studied abroad in Tanzania as part of the ACM program. I was able to see how closely the environment and the people are connected.

Are there specific Knox faculty members who played important roles in encouraging you to pursue/develop your passion?

Absolutely. All my professors at Knox were amazing. The two that stand out are Stuart Allison and Jon Wagner. They were my co-advisors on my senior Honors thesis. Both of them were also faculty members on the first Green Oaks Term in which I participated. They were so passionate, it was hard to not be passionate with them. Stuart had this really amazing way of being an advisor in which he just let you try things. He let you experiment and figure things out, and if things didn’t work out, you learned from it. I think it helped me be more resilient in my future career. I took Intro to Human Origins during my first year once I decided I was interested in the ACM Tanzania trip. Those quirky 8 a.m. lectures were my first introduction to Jon. He was always available to help students. I remember that he would meet students in the evenings at the Gizmo to have coffee and go over assignments. When I was studying the coyotes at Green Oaks as part of my Honors Project, he invited me to come listen for the coyotes by his house and have dinner with his family. That sort of extra commitment from faculty really sets Knox apart.

How has your travel experience influenced your vision for a more environmentally sustainable world?

We had people from all over the world who lived in my dorm my first year which was very eye-opening for someone who went just one town over for college. Other students discussing studying abroad made me think that maybe it was something that I could do. I identified the ACM Tanzania program as the one for me. Tanzania was this crazy, eye-opening experience that was wildly different from central Illinois. We split time between the university in Dar es Salaam and a field practicum in the Serengeti National Park. Seeing the interaction of the park and the communities and people who lived outside it was one of the first times I really started making a connection between human health and environmental health. Even in a country like the United States and in central Illinois, I saw that there is still this big connection between the well-being of the people, the ecosystem, and the environment. For my Honors thesis work, I was looking at the coyote population around Green Oaks, and, as part of that, I started to meld the studies of anthropology and biology. I howled at the coyotes and triangulated the responses; I collected scat to identify their diet, and I went into the community to survey people’s attitudes about wildlife. I began to understand how the health of these animals related to the perceptions that people had about them. 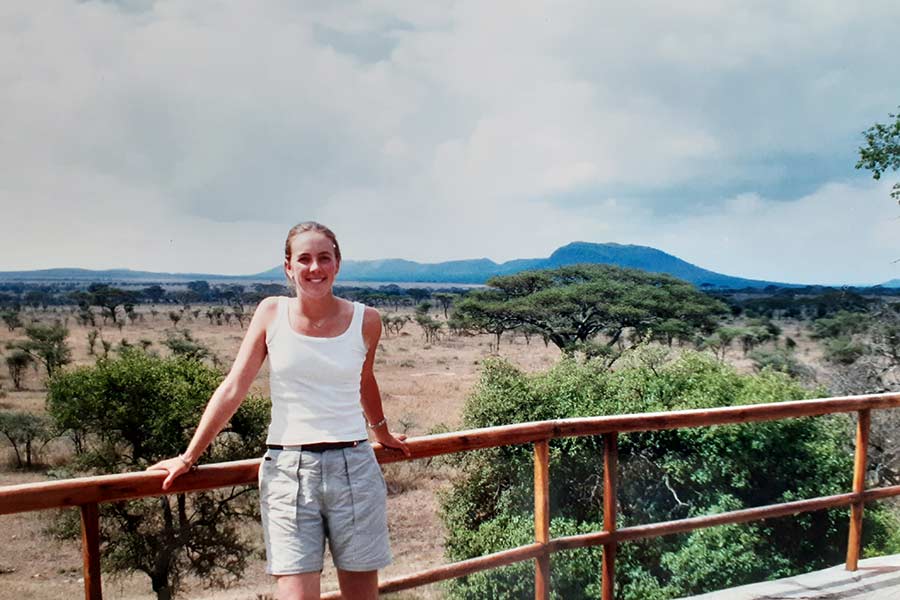 Lindsey Nieratka during study abroad with ACM program in Tanzania.

Which resources most aided you in developing your interest at Knox College? Did you participate in events or workshops hosted by the school that helped guide you?

I was involved with KARES (Knox Advocates for Recycling and Environmental Support). Even though I was not a KARES leader, I was involved because I was interested. The people who were leaders in that organization were just living and breathing this sort of sustainable lifestyle, which was very inspiring. This is something positive about Knox. The students are so passionate about things.

I also took the American Environmental History course, which is what started my journey towards sustainability. This is where I really made the connections between our choices as consumers and voters, and what happens to the environment and, in turn, our health and well-being.

I was lucky enough to be a part of the very first Green Oaks Term, which was possibly one of the most influential experiences of my life. From learning the type of immersive academic rigor practiced through the program to learning practical skills of menu planning and cooking, the Green Oaks Term is something I carry with me every day.

What advice would you give students who are considering attending Knox?

One thing I get asked by students a lot now is what they should be studying to get into the field of sustainability. It is an interesting question for me because sustainability wasn't the field that it is now. It wasn’t a career path, really. Something that I really appreciate about Knox and liberal arts education is that the career that I am in didn’t exist when I was a student at Knox, but I still feel that Knox prepared me for it because of its educational style. I was taught how to learn and process new information and how to learn to do new things. If you are interested in the field of sustainability, think about the other things that you are good at doing. You can figure out how to make that work for sustainability. It touches everything. Any skill set can be helpful in this field.

What advice would you give current Knox students?