Brynn returned to Knox to lead a dance residency on campus. 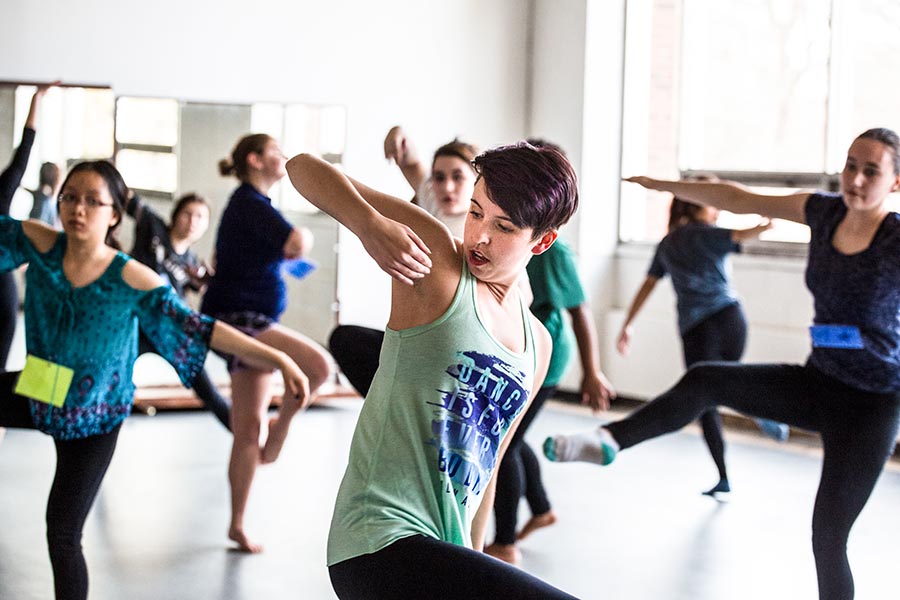 As a Knox student, Brynn was actively involved in the dance program and was awarded the John Hofsas Prize in Dance in 2011. Ogilvie was also a member of the Terpsichore Dance Collective, the Dance Squad and the Tri-Delta sorority. She came back to Knox for a dance residency in spring 2017.

What do you currently do as a dance professional?

While at Mills College in Oakland, California, I've taken a multitude of technique classes (including street styles, modern, ballet, and Gaga), I've learned various choreographic methods and utilized them to create many works. I've researched, written, and choreographed a piece for my thesis that involves ballroom dance as a teaching tool in public education. I have taught a ballroom class at Mills College as well as performed for the dance company that was established by Mills College called RepCo. I do hope to find a job teaching dance to youth in public schools once I graduate, as well as audition for professional dance companies and perform in the Bay Area.

What about Knox made you want to pursue dance?

One of the reasons I chose Knox was because of its minor in dance. I thought that would be a great avenue for me to dip my toes in dance before going all out into the dance world. While at Knox, I did everything dance related; I was on Dance Squad for four years and captain for one year, a part of Terpsichore Dance Collective for four years (dancing and choreographing) and production manager for Terp for two years, and I took every single class, did every residency, and took part in the Chicago Dance Project twice. Knox opened the various doors of dance that I never knew existed and once those doors were open, I wanted to go through all of them.

What was it like working with current Knox students during the residency?

I am glad to see that there is still a diverse population of students who participate in the dance groups at Knox today. There are those in Greek life, in other sports, from other departments, those who have danced before, and those who have never danced. The dancers I worked with during my residency at Knox were all willing to learn new material, apply their own personal experience to their movement, and were very willing to collaborate with me by contributing their own choreography to the piece. Though I don't know how many of them will go on to continue dancing, it seems like dance has impacted them in a big way and they are rolling with it.

Steffi is attending the UIC College of Nursing. She plans to obtain her doctorate and pursue healthcare administration.