Major in Physics, Minors in International Relations and Mathematics

A Knox alumna helped Rohail land an internship that led to a position at one of the world's largest asset management companies. 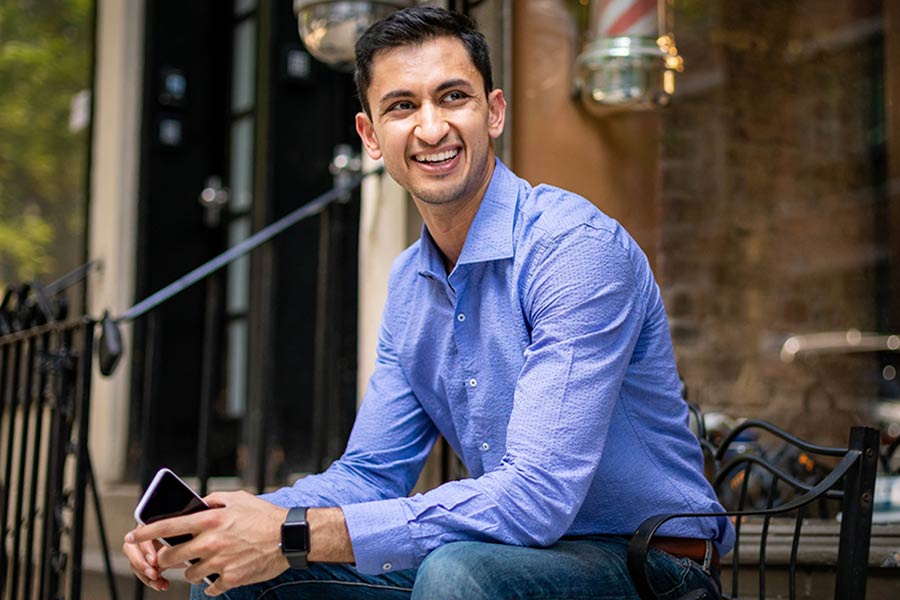 How did Knox help you find your first position after graduation?

I still remember walking into the Career Center as a senior with a semester to go till I graduated and asking for help with applying for internships or jobs. Not more than a couple of days later, former director Terrie Saline reaches out and says: 'I know you're not that interested in finance but we have an alum in NYC who's looking to hire an intern and I think you'll be a good fit.' I listened to her and interviewed with Helen Lin ‘94, a Knox alumna, who helped me land the internship. Even though Helen didn't stay at Markit while I interned, we've been in touch over the past three years. She's been a tremendous resource and a great help with career guidance.

How has your Knox experience made an impact on your life?

I look back at my time at Knox very fondly. I got a chance to explore several different academic and extra-curricular interests. To date, my favorite class at Knox was the Russian and East European Politics class I took with Professor Daniel Beers, and that says a lot about Knox and the liberal arts experience when you consider that I was a physics major.

I also grew in ways I never expected. For me, Knox was the place that encouraged me to play a varsity sport, serve on the student council, take classes as wide-ranging as Leadership & Social Change and School & Society. I have always had an inquisitive nature and have wanted to grow as a person wherever I was. I firmly believe Knox helped me with both.

Christian says that having someone in the classroom who looks like them has an impact on the way students learn.