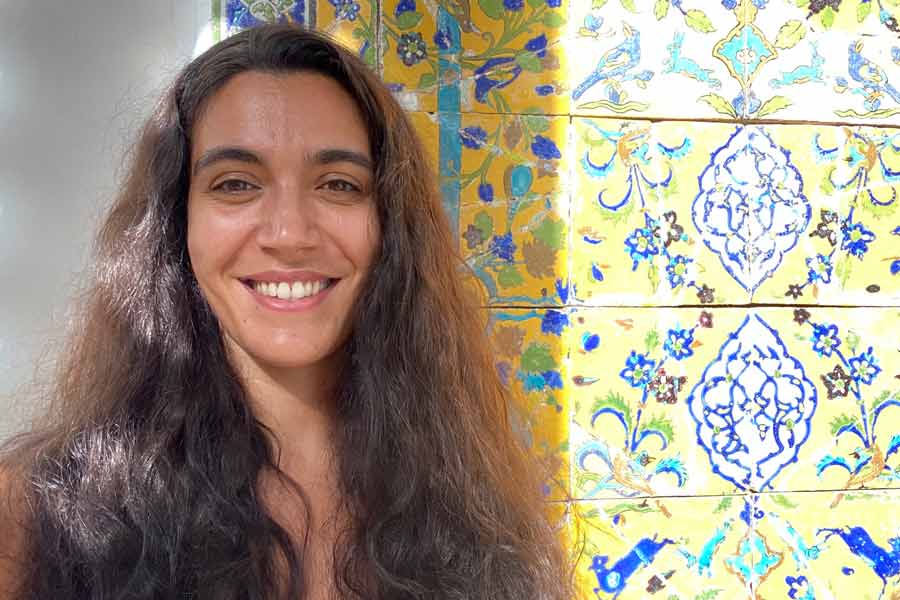 After Knox, I taught English in France for a year and then was awarded an MTVU Fulbright to spend a year in Dakar, Senegal, and research/document griot (oral storytelling) culture and its intersections with hip hop. Upon my return, I worked at the Old Town School of Folk Music in Chicago and also worked as a tour manager/interpreter for touring musical groups from North and West Africa while also working towards a master’s in curriculum and instruction from National Louis University.

Today, I find myself living in Hawaii, working at the Shangri La Museum for Islamic Art, Culture & Design, where I organize residencies, public programs, and educational opportunities that enrich the understanding of the art of Islamic cultures in new and inspiring ways and connect to local, indigenous communities and cultures. I could not have imagined that this would be my trajectory, yet at the same time, it makes all the sense in the world, given my background and experiences and the way Knox sent me on my path!

What was your involvement in the Knox community when you were a student?

I was very involved in the I-Club, WVKC, Harambee, and French Club and would often produce cultural concerts and events on campus. I also helped with the Pan-African Conference that we did for two years with visiting professor Dr. Eric Edi, and I was a recipient of the Haring Houston Award my senior year.

My senior research, for which I received two Richter Grants, was an ethnographic study on the changes happening in a rural village in Fiji where I had spent time in high school on a community service trip. I returned multiple times to the village and to my host family there and was able to present some really interesting research on cultural changes happening because of the influence of a Western community service company at the end of my time at Knox. (I’m still in close touch with my family there!) Through these experiences, I cultivated deep respect, interest, and affinity for Pacific Island culture which I carry to this day.

Please describe a favorite memory or two from your time at Knox.

Some of the memories that stand out to me the most from my Knox experience are of organizing events and activities on campus such as the I-Fair, the Pan-African Conference, performances and cultural events sponsored through WVKC, Harambee, A.B.L.E., French Club, and more.

I absolutely loved hosting my weekly radio show on WVKC entitled “Karima’s World Kaleidoscope,” where I’d play music from different parts of the world and talk about the countries and communities that the music came from. After Barack Obama won the election in 2008, I had an episode where I played Obama songs from around the world. It was great! Once, I actually received a handwritten letter from a person who was incarcerated in one of the prisons in Peoria who listened to my show every week and wrote about how much he loved learning about different parts of the world through music. It was a poignant and touching moment and started me thinking deeply about ways that arts and culture can connect people, enrich lives, and bring about collective liberation.

Another impactful memory was the field trip that we took to Chicago with our Environmental Racism class, taught by Professor Konrad Hamilton and Professor Peter Schwartzman. It was bittersweet because the field trip ended up landing on Flunk Day (or Flunk Day landed on it!) so we were slightly bummed but also excited about the field trip. We were able to visit three different organizations that advocate for communities dealing with issues of environmental racism in Chicago. It was an incredibly inspiring day and revealed to me some of the foundations of systemic racism that exist in the country and introduced me to the movements of people working toward racial and environmental justice in Chicago and beyond.

Knox to me was like an incubator of sorts. I was able to take on many leadership roles creatively and make new ideas come to fruition with the support of the Knox faculty, administration, and fellow students. Knox’s environment was rich for exploration and experimentation, and I was able to complement my academic life with diverse and exciting activities and experiences that were all equally important to my growth as a scholar and my understanding of the world.

Additionally, the academic rigor of my classes and the support of my undergraduate research pushed me to do some unique international fieldwork, an experience that I cherish and that I realize is rare for most undergraduates. The relationships that I cultivated through that international research are still strong and meaningful today. At first, I was nervous about going to Knox having come from a high school in Evanston, Illinois, that had twice as many students as Knox. I thought that I would feel suffocated and boxed-in in such a small academic community in such a small town. Amtrak definitely came in handy when I really needed a weekend in the big city (haha!) but overall, I found Knox to be a place where I was supported, challenged, made lasting relationships, and as a place where I truly had the “freedom to flourish.”

What would Akuetey be if not a professor? An outstanding fisherman. But the professors he studied under in Ghana and France inspired his career choice.