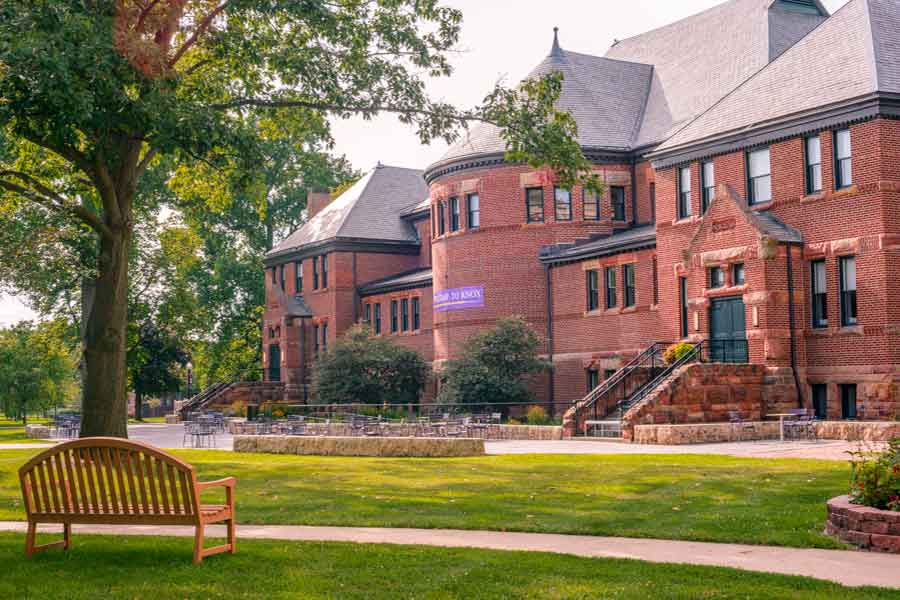 In compiling the guide, Washington Monthly gives equal weight to each of three broad categories—community and national service, social mobility, and research—and takes into account several factors within each category.

Knox was also named a top-100 midwestern “Best Bang for the Buck” college in the magazine’s 2022 College Guide and Rankings, which is awarded to schools that “help non-wealthy students obtain marketable degrees at affordable prices.”

"It's more important than ever for colleges to be engines of social change and upward mobility for our students. In fact, our students are counting on it," said Paul Steenis, dean of admission and vice president for enrollment. "Knox students graduate at higher rates, with manageable levels of student debt, and enter wide-ranging professions that make a difference in their communities and in the world, including careers in education, healthcare, and public service. Knox has been excelling in preparing students for lives of consequence since it was founded."

“Not only am I proud of this ranking for Knox, but it confirms what I already know about this great institution,” said MarQuita Barker, vice president for student development. ”Knox continues to prove itself as a place where students receive a top-tier education while being surrounded by faculty, staff, and peers who push them to be changemakers.”

Among other recently announced accolades, U.S. News and World Report (US NEWS) ranked Knox 72nd on the list of over 200 national liberal arts colleges, up seven spots from last year. The College ranked 24th in social mobility, 11th nationally and second among Associated College of the Midwest (ACM) peers in colleges with the most international students. Knox is 37th on the list of 64 colleges and universities with the most ethnic diversity among domestic students. A ranking of 28th on the best value colleges list and 63rd in best undergraduate teaching demonstrates that the values we support and aspire to as a College are recognized beyond our campus.

The Princeton Review included Knox in its “388 Best Colleges for 2023” overall list, and also on the publication’s “Best Midwestern Colleges” list.  The college was also included on the 2022-2023 Campus Ethnic Diversity index, a web-exclusive list of 64 colleges. This list identifies colleges where students are most likely to encounter undergraduates from racial or ethnic groups different from their own.

Knox was also ranked second by Washington Monthly among liberal arts colleges in AmeriCorps/Peace Corps service. According to the publication, the ranking is determined by the following:

"We compiled AmeriCorps and Peace Corps data into a combined metric. We used an indicator for whether a college currently provides at least some matching funds for undergraduate students who had received a Segal AmeriCorps Education Award for having completed national service (two points) and a standardized measure of the share of students receiving Segal awards. We divided the number of alumni currently serving in the Peace Corps by total enrollment, using pre-pandemic data due to the program’s suspension."

For the second year in a row, Knox was ranked 28 for best value among 200 national liberal arts colleges on the list.