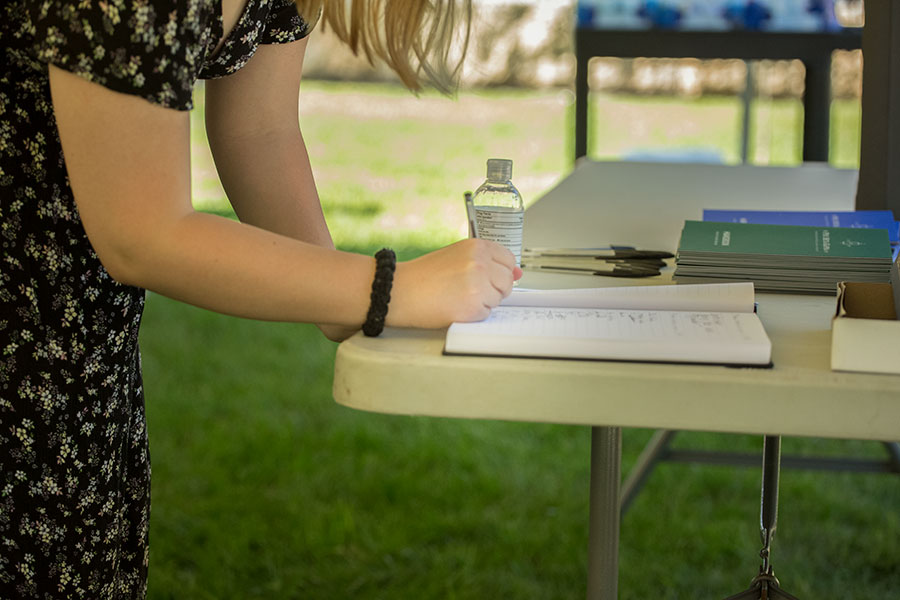 The day before this year’s Commencement exercises, 30 Knox students were welcomed into the nation’s oldest and most prestigious honor society, Phi Beta Kappa.

Only 10 percent of U.S. colleges and universities have Phi Beta Kappa chapters. The Knox College chapter was founded in 1916 and is the fourth oldest in Illinois (following Northwestern University, University of Chicago, and University of Illinois) and the first at an exclusively undergraduate, four-year liberal arts college in the state.

On Friday, June 4, students gathered in a tent set up between the library, Alumni Hall, and Seymour Union for a short ceremony. A welcome address was given by Assistant Professor of Political Science & International Relations Katie Stewart, followed by a presentation on the history of the organization by Rothwell Stephens Distinguished Professor and Chair of Mathematics and Chair of Data Science Kevin Hastings ’76. Inductees were called up to pledge before signing the roster book and receiving their certificate. Then, after the ceremony’s conclusion, they ate ice cream together and socialized outside.

Although most Phi Beta Kappa inductees are graduating seniors, a select number of juniors are also elected annually. 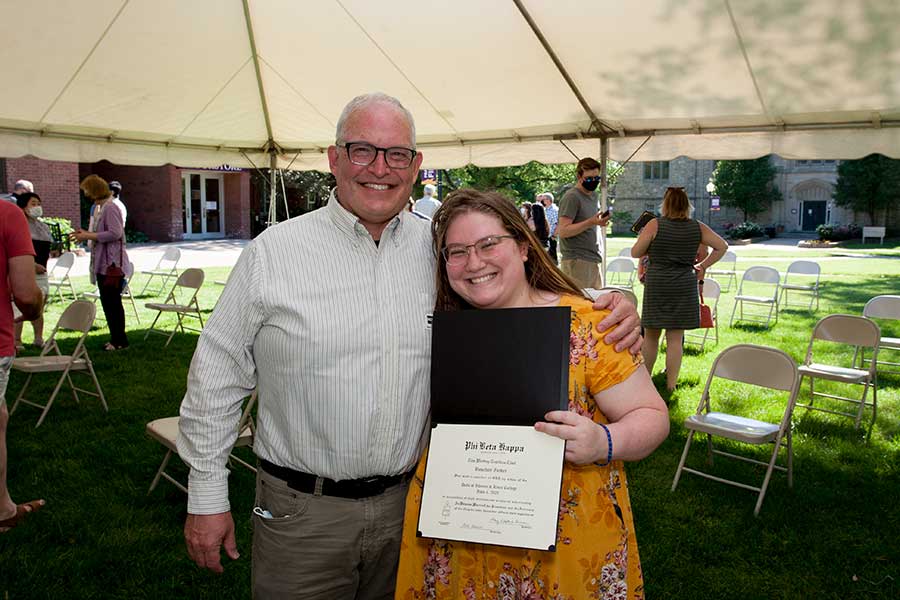 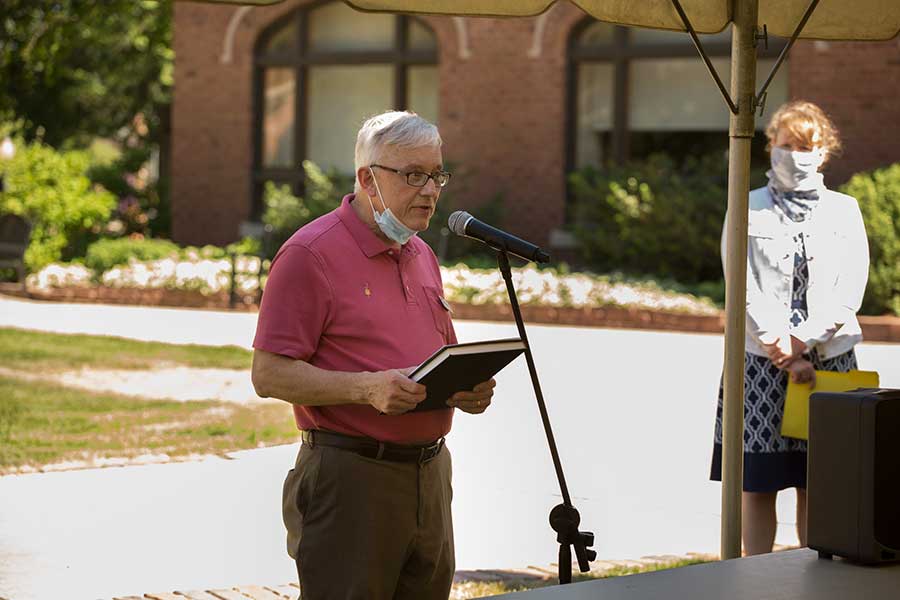 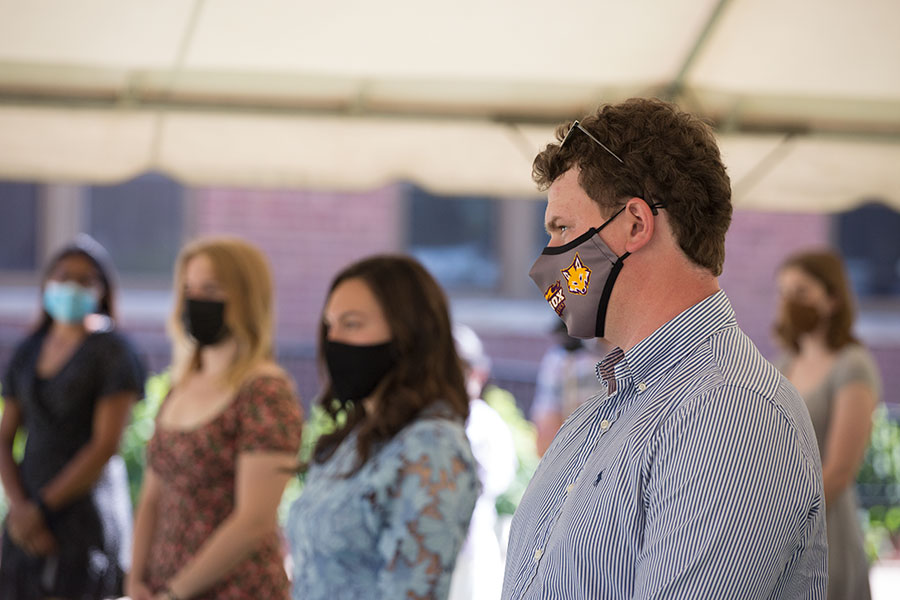 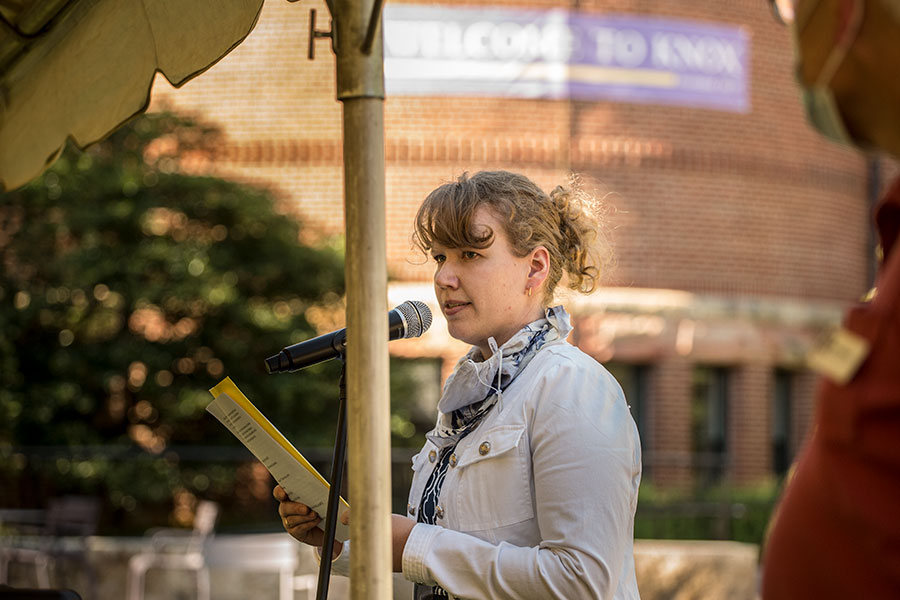 * indicates students elected as juniors in 2020