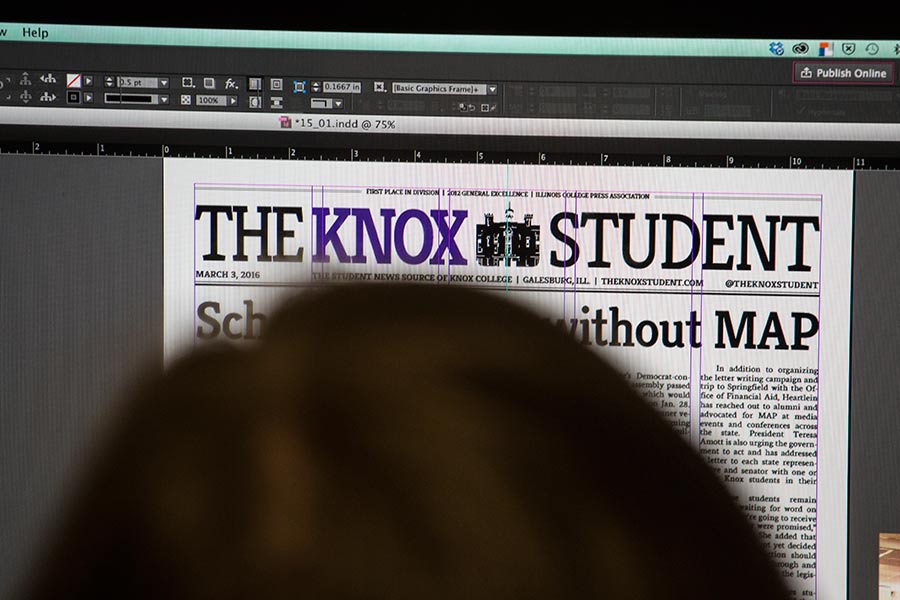 The Knox Student (TKS) was recently named a finalist for the Associated Collegiate Press (ACP) Pacemaker Award, collegiate journalism’s preeminent award. TKS was the only Illinois paper and one of two papers from four-year colleges with under 5,000 students enrolled to make the 2019 list of ACP Pacemaker finalists.

“With the ACP, we’re competing against giant schools, with specific journalism colleges. So when we get any sort of award, that’s a huge deal,” said Connor Wood '20, editor-in-chief of the paper. “The Pacemaker is pretty much the highest award a student media organization can receive.”

In addition to the paper being named a Pacemaker finalist, Michelle Dudley '20 received an honorable mention for an infographic she made explaining the water loss created by old steam pipes on campus.

“Our motto is student run, student written, student read,” said Wood. “I know it’s corny, but it sums up what we’re trying to do,” he said. “We take our work as a paper very seriously.”

Wood said that TKS wants to be a resource on campus, "not just to get news, but also to learn about how journalism works, how papers work.”

In addition to the keynote addresses, Wood said the weekend was full of sessions with student media heads, industry experts, and other resources that are otherwise unavailable to students.

TKS won the Pacemaker Award in 2017. Knox alumna Erika Riley '19 was a sophomore news editor at the time, attending the conference that year in Dallas. “It was all-around a really good staff and we had good local coverage that year. It was a really cool experience to get to go to those conferences every year and learn a lot,” she said. “I know that year we all felt we’d had a really good year and a really good paper. We were all proud of the work we did.” Wood attended the Dallas conference as well and spoke of it as a great bonding event for the TKS staff.

“I have no problem saying that we are the best non-daily [newspaper] with under 4,000 enrollment in Illinois,” said Wood. “We have an extremely strong paper, which I know it’s me saying it, but I think our awards back us up.”