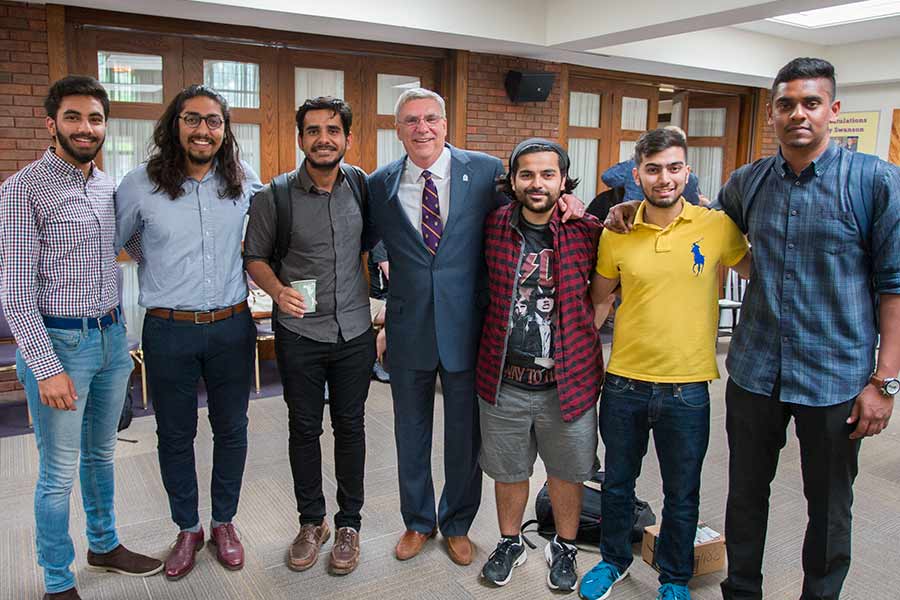 Joel Estes, chair of educational studies, said at the reception that Swanson was always looking for ways to improve his own teaching. "I have watched Barry work and rework lessons and approaches to his courses. He never wanted them to get stale, and they did not," said Estes. "He aimed to make his instruction unique and relevant, constantly sharing ideas of things he had found or read for his courses."

Diana Beck, George Appleton Lawrence Distinguished Service Professor, remembers an especially difficult time within the department when two senior professors left just days before the beginning of the term. Swanson taught extra courses, participated in faculty searches, and did what was necessary to help rebuild the department. "Barry's infectious laughter, great goodwill, and positive outlook—along with well-grounded experience—were instrumental in our not missing a step during those times," said Beck.

Before coming to Knox, Swanson was a teacher, administrator, and high school basketball coach at Galesburg District #205 for 25 years. He was also an educator at Carl Sandburg College, Lyons Township High School, and at the University of Illinois at Springfield and Urbana-Champaign.

Swanson has also been very involved in the Galesburg community, serving on the school boards at District 205 and Carl Sandburg College, and as a member and president of the Carl Sandburg Historic Site Association and the Galesburg Public Art Commission. He is also a long-time member of Rotary Club International and a faithful member of First Presbyterian Church, among many other civic and youth programs within the community.

"In a career in education that has stretched nearly a half-century, he has fought for students as a teacher, as a coach, as an administrator, and as a school board member," said Estes. "Barry Swanson is Galesburg. He has enormous pride in his hometown and has lived his life to support, represent, and defend it."

"He has had pride and faith in Galesburg, and we are so fortunate."

Pictured above: Barry Swanson poses with some of the students who attended his retirement reception. 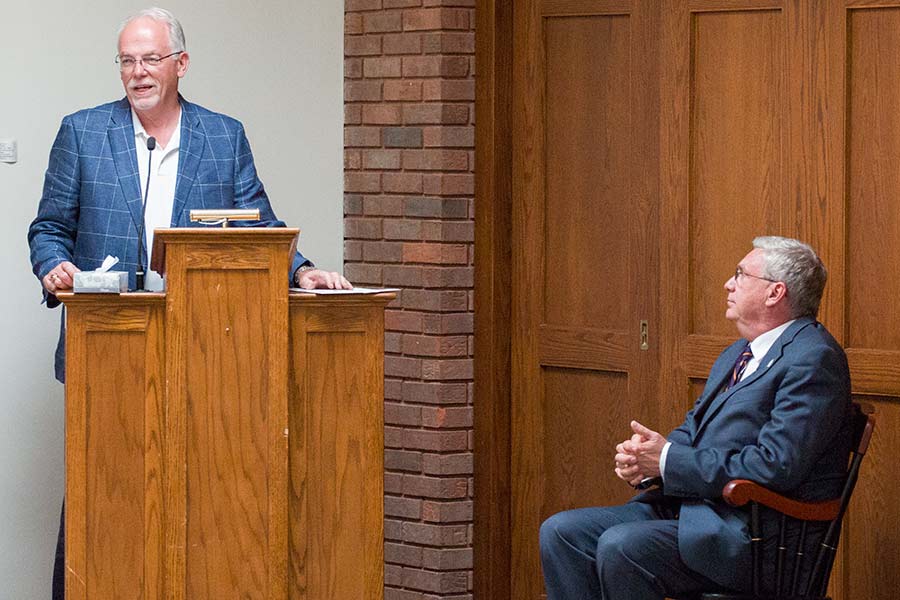 "To this day, many of Barry's students contact him to tell him that they were fortunate to have had the opportunity to learn from him."—Joel Estes, chair of educational studies