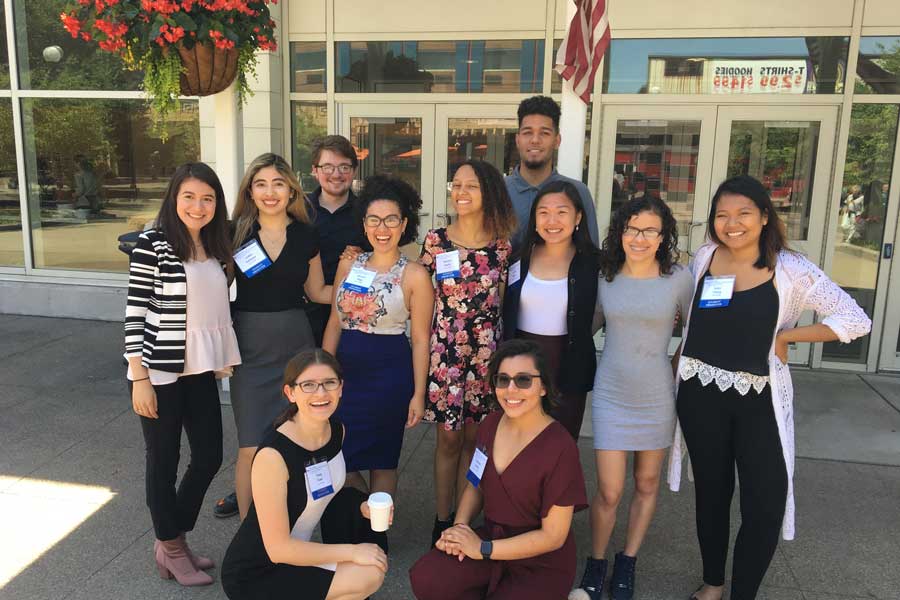 Support from the  Ronald E. McNair Achievement Fund made it possible for 10 scholars to complete independent research projects over the summer, culminating in a presentation at a national McNair conference and publication in the Knox McNair journal.

Members of the cohort agreed that they built both strong scholarly skills and an irreplaceable social network. “Everything that I've learned from working on this project will leave me much better equipped and prepared to work on more difficult projects in the future,” said Max Jones '20.

The Ronald E. McNair Postbaccalaureate Achievement Program, one of the TRiO programs funded by the US Department of Education, provides scholars from underrepresented backgrounds who have displayed strong academic ability with resources to support their success in graduate education.

“As cliche as it sounds, I learned a lot about what college professors and grad schools want from me as a student,” Jones said. Jones tested the effectiveness of health supplements at improving rats’ memories under the mentorship of Assistant Professor of Biology and Neuroscience Chair Esther Penick. He said that the program also taught him the importance of collaboration with other academics, including those far outside his field, for intellectual and emotional support.

“It's been nice this summer to have people, my mentor and my peers, to turn to in the event that something goes wrong with my research,” he said.

Creative Writing major Katana Smith '20 researched the way artists from underrepresented backgrounds used magical realism to process and affect their political environments. She said that the support of the program and her peers prepared her to give a confident, knowledgeable presentation at the McNair conference in Buffalo, New York. Even the night before their presentations, Knox students crowded into one hotel room, laptops perched on dressers, to present to their peers, encourage each other, and give each other feedback on last-minute edits.

“The day of the presentations went very smoothly,” she said. “I learned a lot and got to connect with some really intelligent McNair scholars from all around the country.”

Samantha Leinbach, assistant director of the McNair Program, was a McNair scholar herself while working on her bachelor’s degree in agricultural science. Now, a year after completing her master’s degree, she said that she hopes to help the current scholars the same way she was helped by her program.

“If I had to pick a favorite summer memory, it was watching this cohort become a support system for each other. They learned they could rely on each other, ask each other for help, and most importantly, they laughed together,” Leinbach said.

The papers written by the scholars will be published in the Knox McNair journal this fall. Having completed their sophomore seminar classes, the scholars have advanced to the weekly junior seminar, which will teach skills for taking the GRE, choosing graduate programs, writing a CV and personal statement, and applying to internships.

The program will cover the cost of the GRE, score reporting, and graduate school applications, all while Leinbach supports each student with a one-on-one weekly meeting. After 25 years of the Ronald E. McNair Achievement Program being active at Knox, more than 60% of the graduates have already earned advanced degrees.

Pictured above: Knox College students at the annual McNair conference. Pictured below: Diego Morones '20 conducts research in the chemistry lab. 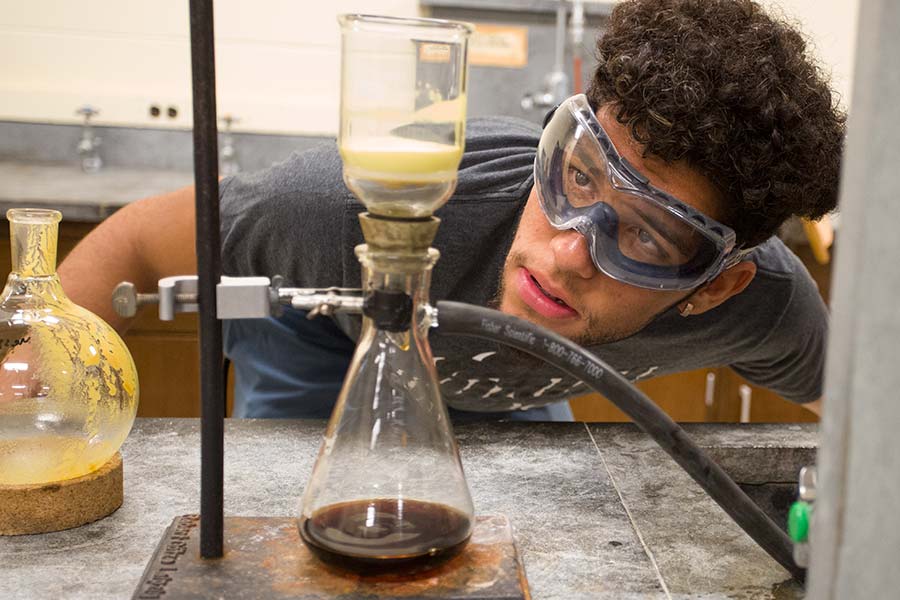