The McNair Scholar spoke with Salvadoran Americans about the effects of politics and violence left over from the Cold War. 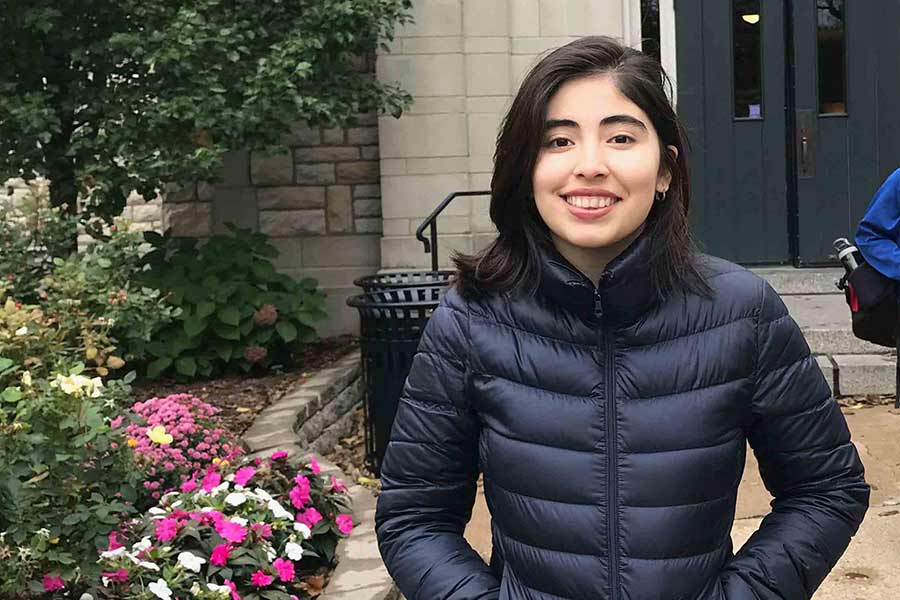 McNair Scholar Judith Espinoza '20 traveled to Los Angeles, California, where she spoke with Salvadoran Americans who understood, on a personal level, the effects of politics and violence left over from the Cold War.

What inspired you to pursue this project?

I grew up in an immigrant community, and on the weekends I volunteered as an ESL (English as a Second Language) and civics teacher for immigrants who were studying for their citizenship test. Naturally, spending every weekend with them for periods of up to nine months, they told me their stories.

When I came to Knox and I took classes like Introduction to Latin American Politics and Comparative Revolution with Karen Kampwirth [Robert W. Murphy Chair in Political Science]  and Contemporary American Foreign Policy with Professor Sue Hulett [Richard P. and Sophia D. Henke Distinguished Professor and Chair of Political Science], I began to draw connections between individual stories of immigration, including my own family's, and the political history behind them.

El Salvador's 12-year civil war (1980-92) led to mass emigration and the formation of the Mara Salvatrucha [an international criminal gang]. Both migration and the rise of the maras have led to chaotic and violent circumstances that, a generation later, have led thousands of unaccompanied Salvadoran minors to flee their native land in hopes of reaching the United States. Drawing upon my own interviews with Salvadoran Americans who reside in Los Angeles, I examined the political, economic, and social challenges and conditions they faced.

What have you learned?

The people who are fleeing El Salvador and the rest of Central America are not criminals and are definitely not dangerous. They are fathers, mothers, and children who must risk their lives by coming to the United States in order to find chances of survival. It is extremely important to always approach statistics with the understanding that there are real people with incredible stories of hardship and trauma that are often times not reflected in numbers.

Knox connections helped Leah land her first job, and led her to a career in strategic development with the Guggenheim Museum.

Majors in Political Science and International Business, Minor in French