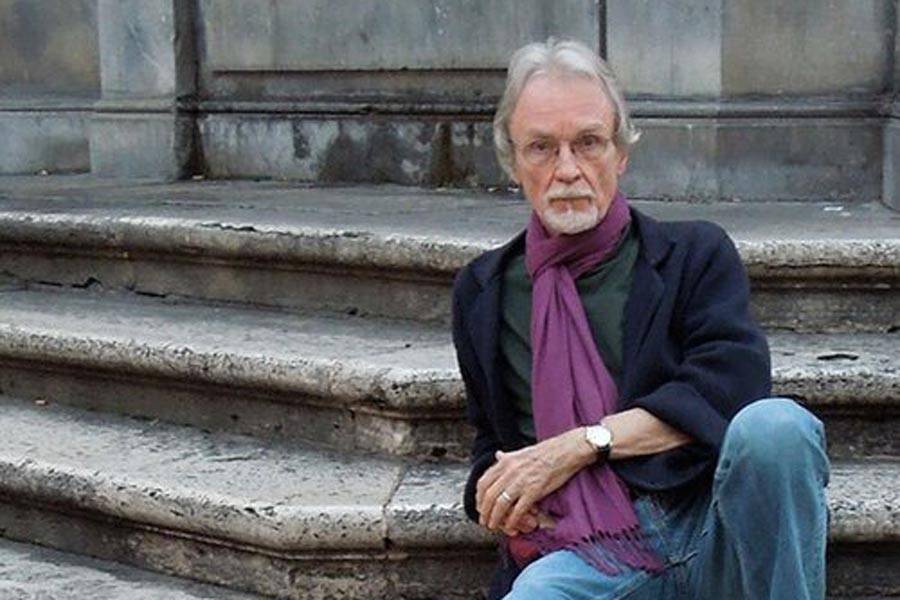 Robert Hellenga, George Appleton Lawrence Distinguished Service Professor Emeritus of English and Distinguished Writer-in-Residence, died on Saturday, July 18, 2020, at age 78. An award-winning author, he taught at Knox College for nearly half a century.

His most recent novel, Love, Death & Rare Books, was published earlier this year.

In a discussion of his teaching interests, Hellenga said that he was "very interested in the nature of literary experience, which is affective as well as interpretative. What is this experience like? Why do we value it so highly?"

Hellenga advised readers to pay attention to feelings as well as interpretations. "The heavy emphasis we place on interpretation has pushed questions about the affective dimension of literary experience to the periphery of literary studies. I'd like to nudge them a little closer to the center."

Hellenga joined the Knox faculty in 1968 and continued to teach long after his formal retirement in 2005. His wide-ranging academic interests encompassed composition and writing of fiction and poetry, Malory, Milton, English Renaissance and Romantic literature, literary criticism, and classical mythology. He also served as director of the Associated Colleges of the Midwest Florence Programs in 1982-83.

In an interview with The Knox Student in 2014, Hellenga said that he began writing fiction only after joining the Knox faculty. He sat in on writing courses taught by colleague Robin Metz, the co-founder of Knox’s Program in Creative Writing, and eventually began publishing short fiction, followed by his first novel, The Sixteen Pleasures, in 1994.

Hellenga graduated Phi Beta Kappa with a bachelor's degree from the University of Michigan in 1963, and he earned a doctorate from Princeton University in 1969.

His critically acclaimed novels also included Snakewoman of Little Egypt, selected as one of the best books of 2010 by Kirkus Review and The Washington Post; and The Fall of a Sparrow, which won best fiction awards in 1998 from Publishers Weekly and the Los Angeles Times.

In a review of Love, Death & Rare Books, Booklist wrote, “All of Hellenga’s novels revel in the details of their protagonists’ occupations, and this one is no different: it is an ode to physical books, their smell and feel, but also to the idea of both living life and reading about it, not choosing one over the other.”

Written with assistance from Peter Bailley '74