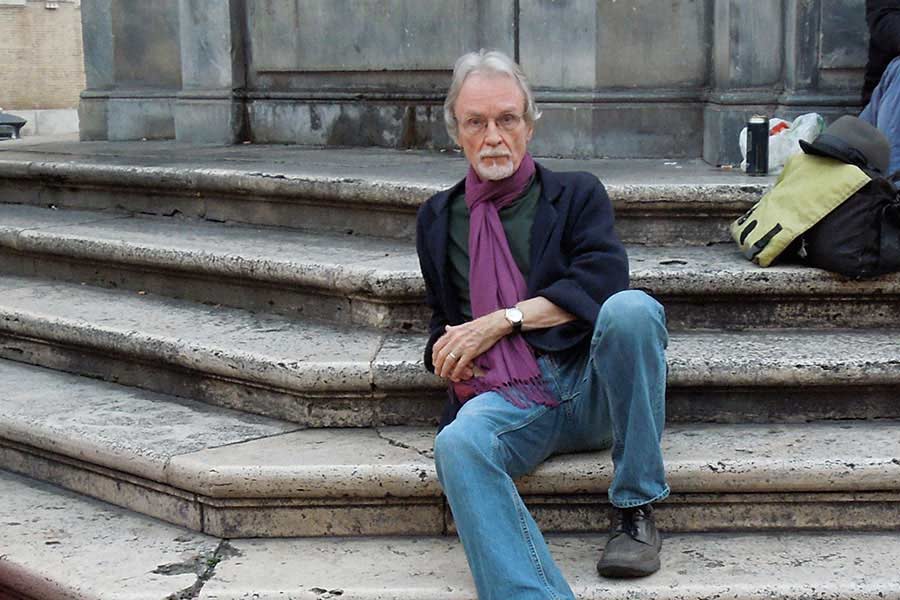 Love, Death, & Rare Books, Robert Hellenga’s eighth and latest novel, tells the story of a third-generation rare book store owner named Gabe Johnson. Throughout the story, he navigates the family store’s closure, reconnects with a former love, moves from Chicago to a small Lake Michigan town to reopen the shop, and navigates grief amongst it all.

“It was not a straight line,” Hellenga, George Appleton Lawrence Distinguished Service Professor Emeritus of English and Distinguished Writer-in-Residence at Knox, said about writing this book. “One day, my wife and I were walking on the [Lake Michigan] beach. We saw this beautiful house, and it looked like it was going to plunge over the bluff into the lake. And that’s where I started.”

“In that same year, one of Chicago’s oldest used rare bookstores closed in Hyde Park,” he said, “and then it became the story of a house on the lake and a bookstore.” From his points of inspiration, Hellenga then crafted the rich emotional life of the story’s protagonist.

Using his own experiences to enrich those of his characters’, Hellenga renders his fiction with a uniquely personal quality. His family’s vacations in Michigan, as well as his upbringing there, yielded the house on the lake and many other details in the small town in the novel, St. Anne. The town also has features that many Galesburg residents and Knox students will find familiar. Hellenga peppers the Chicago landscape with details from his time living in Hyde Park with his wife and their two daughters.

Hellenga was not a creative writer when he started teaching at Knox in 1968, he said, but Knox’s vibrant community of writers inspired his start.

“There's a writing community at Knox,” he added. “I never would have started writing if it hadn't been for that.”

Hellenga has an intense devotion to the literary world: he has recently been interviewed, and he judged a literary prize, reading around 70 manuscript submissions. He said that, in recent times, he has turned toward detective novels, as well as personal writing projects.

Love, Death, & Rare Books, published by Delphinium Books on March 17, has been well-reviewed by many. “There is a sense of longing and nostalgia for a time when a physical book was a treasure—before mass production and ebooks became the norm,” writes Booktrib.

Booklist writes that “all of Hellenga’s novels revel in the details of their protagonists’ occupations, and this one is no different: it is an ode to physical books, their smell and feel, but also to the idea of both living life and reading about it, not choosing one over the other.”