Internationally acclaimed poet and author Robin Metz was the co-founder and director of Knox's renowned Program in Creative Writing. 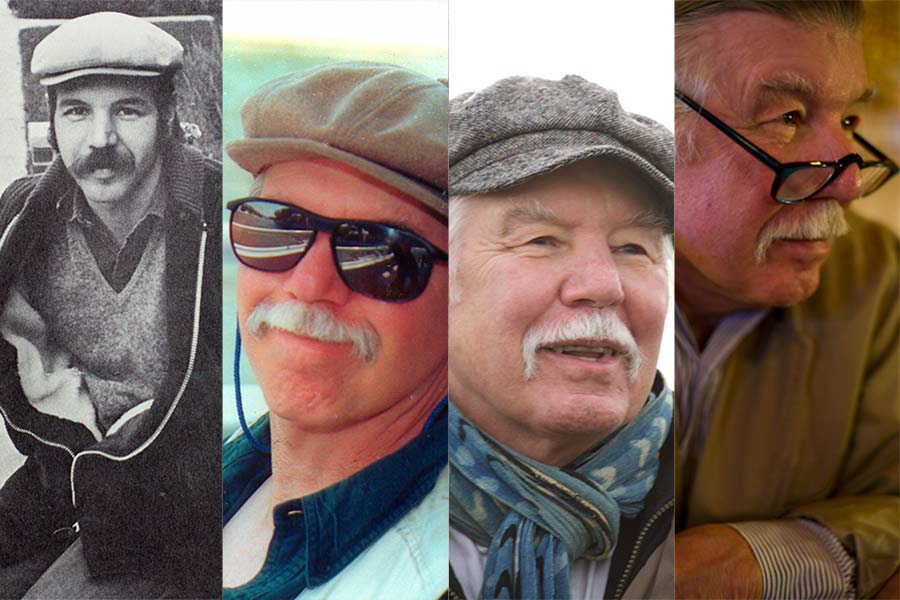 Robin O. Metz, Philip Sidney Post Professor of English and co-founder of Knox's Program in Creative Writing passed away Tuesday, November 27. He was 76.

The longest serving member of the Knox faculty, Metz came to Knox in 1967 after receiving his bachelor's degree from Princeton University in 1964 and master of fine arts from the University of Iowa Writers' Workshop. An internationally acclaimed poet and author, he was the co-founder, and from 1985 to the present, director of Knox's renowned Program in Creative Writing.

Holder of the Philip Sidney Post Professorship of English, Metz taught all levels of writing at Knox, from introductory courses in fiction, poetry, and playwriting, through Senior Portfolio, the capstone experience for all writing majors, as well as literature courses, including Modern English/Irish Literature and Contemporary American Fiction. Just last year, he was developing new courses, including Poetry for the Clouds and Environmental Literature, Film, and Art.

Metz taught every iteration of First-Year Preceptorial and led students “across the pond” for London Arts Alive. He taught how to write about the “natural imagination” in a renovated horse barn 20 miles from campus at Knox’s 700-acre Green Oaks Biological Field Station during numerous Green Oaks Terms and opened his farmhouse in Wisconsin to students during Farm Term. Hemingway, Thomas, Beckett, Sandburg, Tanning, Woolf, and Yeats all came alive through his teaching and travel trips in the U.S. and international locales.

Metz has presented his work internationally in 24 nations and approximately 80 American cities. Just this summer, three of Metz's poems were published in The American Writers Review. He also presented a reading of his poetry as the featured reader at The Yale University Club in Manhattan and will be represented in the forthcoming book derived from a year of the Yale Poets reading series. Three of his poems have been accepted for publication and he has three more invitations to submit (Wales and USA).

For many years, Metz also served as the faculty advisor to Catch, Knox's award-winning literary and arts journal.

Metz's first year teaching at Knox was Sherwood Kiraly '72's first year as a student. “When I returned to Knox 43 years later to find everyone else gone and replaced, he was in the Gizmo, right where I left him, leaning forward, listening to a student, still ardent after all these years. A miracle of continuing passion and generosity,” said Kiraly, visiting instructor in English and theatre and writer-in-residence in the fall 2017 issue of the Knox Magazine commemorating 50 years of the Program in Creative Writing.

In an interview with Kiraly published in the magazine, Metz focused on the accomplishments of student writers who'd been through Knox's writing program. "I'm so proud of them and what they've achieved," Metz said. "I tell my current students about [Knox alumni], and, in some ways, I serve as a belief bridge for contemporary students—to believe that actually by doing this study [of creative writing] at Knox, that it can go somewhere."

Metz's approach to developing and mentoring student authors always transcended "getting published." He told Kiraly, "we're really focused on the creative process. And when you stress that and begin to model your teaching in ways that allow for that, then there's value that's being transferred to the students and the student's way of thinking. Whether or not their product ends up being saleable and establishing them in that career, they get to be the people who, in a whole range of industries, become the creators."

To honor his more than half-century legacy to Knox's English department, Robin and Elizabeth Carlin Metz established the Robin Metz Endowed Fund in Support of the Creative Arts. Metz began the practice of bringing to campus an array of high-profile poets, fiction writers, play- and screenwriters, essayists, and scholars to share their work in an open setting as a way to expose students to the wonders of the spoken and written word. The Metz Fund will ensure that this interaction between artists and the Knox community continues in perpetuity, along with Metz’s legacy. 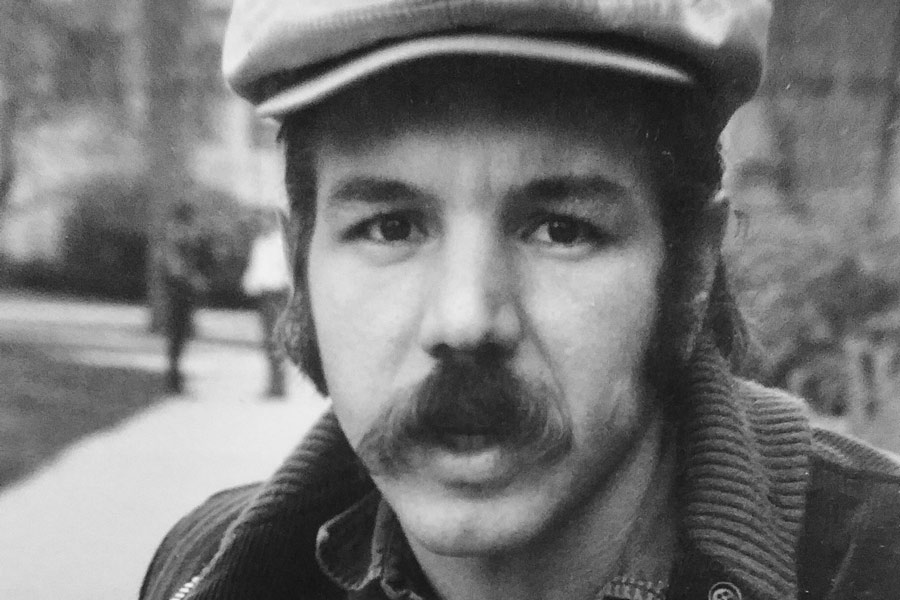 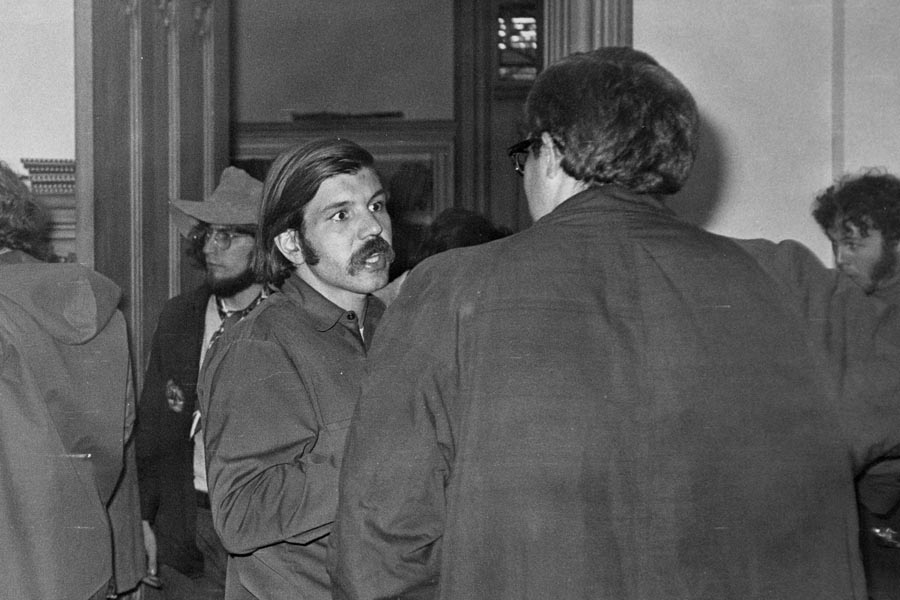 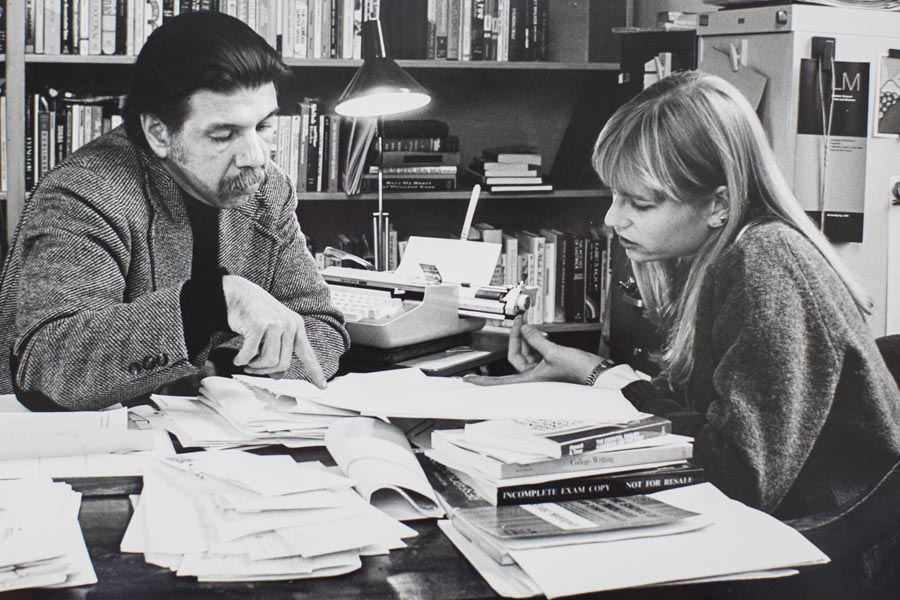 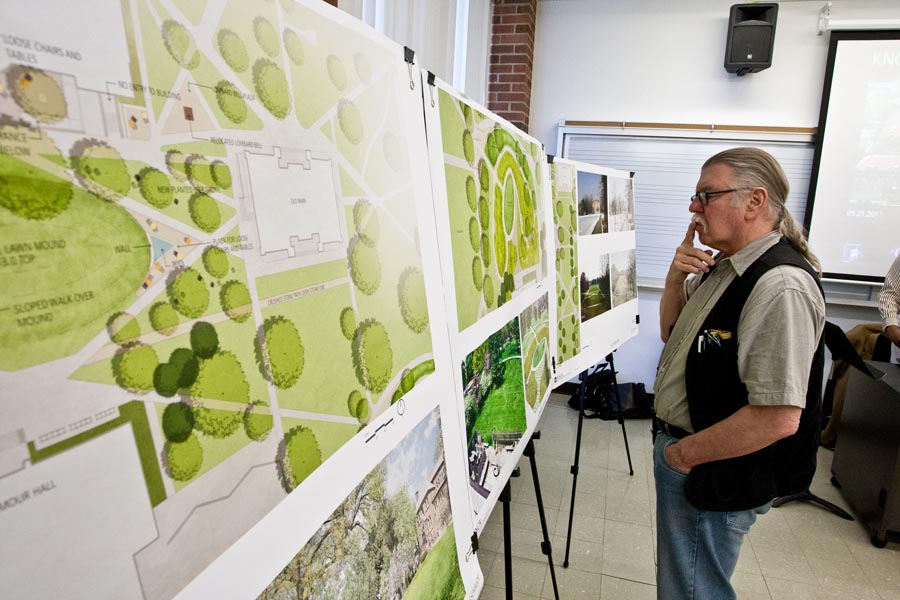 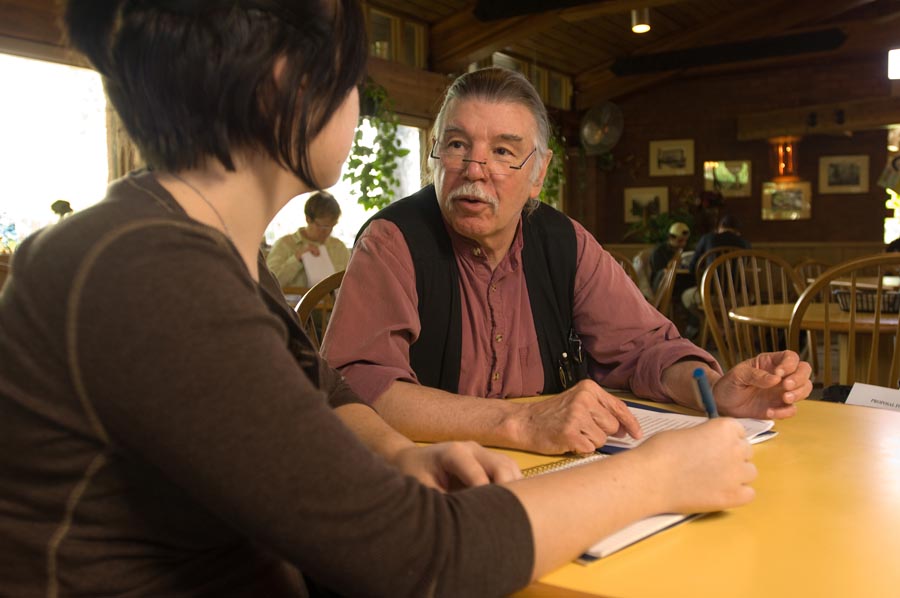 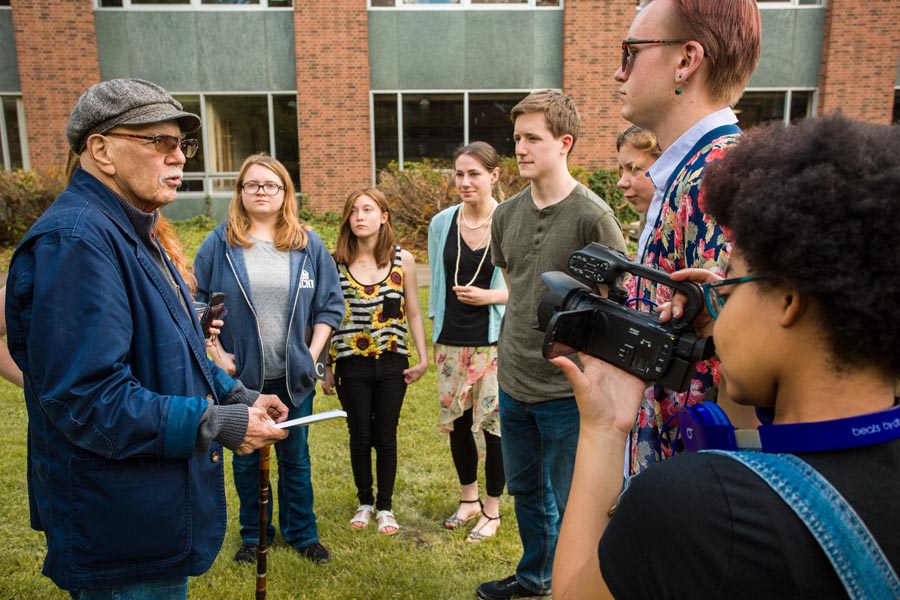 In the Knox Magazine feature, Kiraly interviewed several of Metz's colleagues on the Knox faculty: 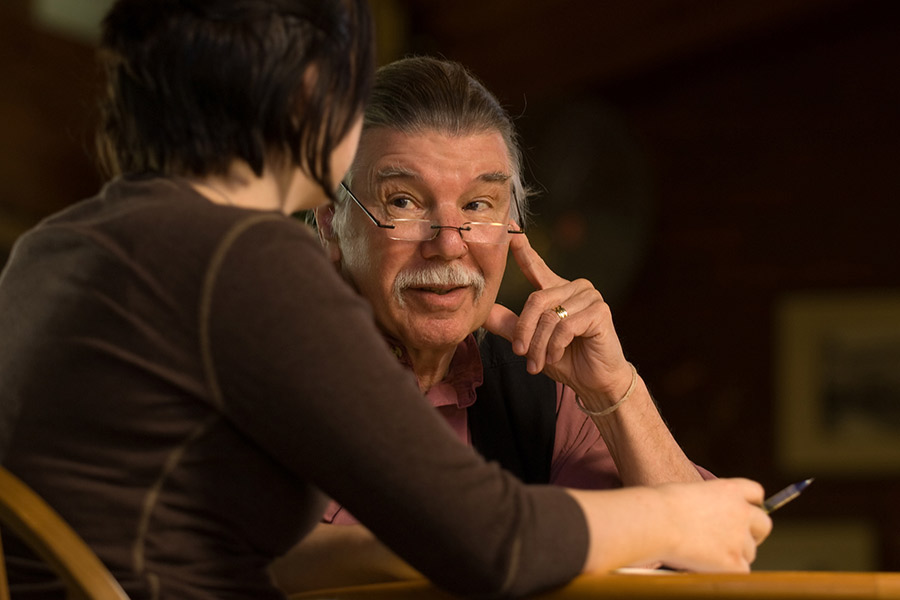 "Robin Metz’s teaching has long been legendary, and the fact that it continued to be so throughout all five decades, in itself, is a remarkable feat."—Monica Berlin '95, professor of English and co-director of the Creative Writing Program