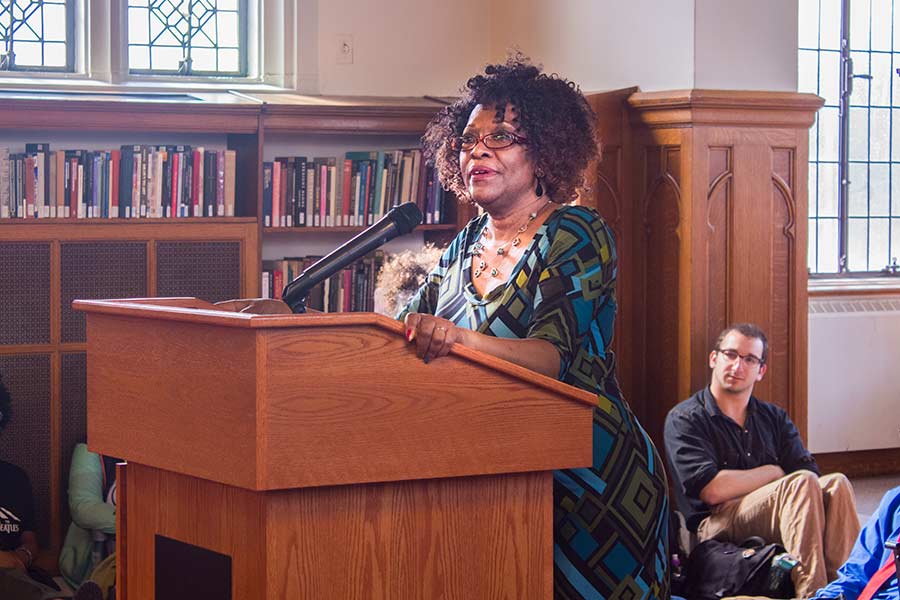 Poet Laureate and Pulitzer Prize winner Rita Dove came to campus to read her poetry as part of a year-long celebration of the 50th anniversary of Knox's Program in Creative Writing.

This is not Dove's first visit to Knox. In 1989, she gave the Commencement address and received an honorary degree from the College. This year, the Caxton Club, a literary organization on campus, hosted Dove's visit.

Members of the Knox and Galesburg communities completely filled the Hermann R. Muelder Reading Room to hear Dove, who read several of her poems, such as "Yellow House on the Corner," and answered questions from students, faculty, and other attendees.

"Go where you're uncomfortable," Dove said to the audience on the topic of writing. "Go somewhere where your voice will find you."

The experience, students said, was "powerful."

"Hearing an author read their work in their own voice is so wildly different than reading it yourself," said Libby Croce '19.

Croce, a member of Caxton Club, helped with the organizational setup of Dove's visit. As part of the 50th anniversary celebration, the club also brought renowned author Aleksandar Hemon to campus earlier this year and will host American novelist and essayist Marilynne Robinson in October. 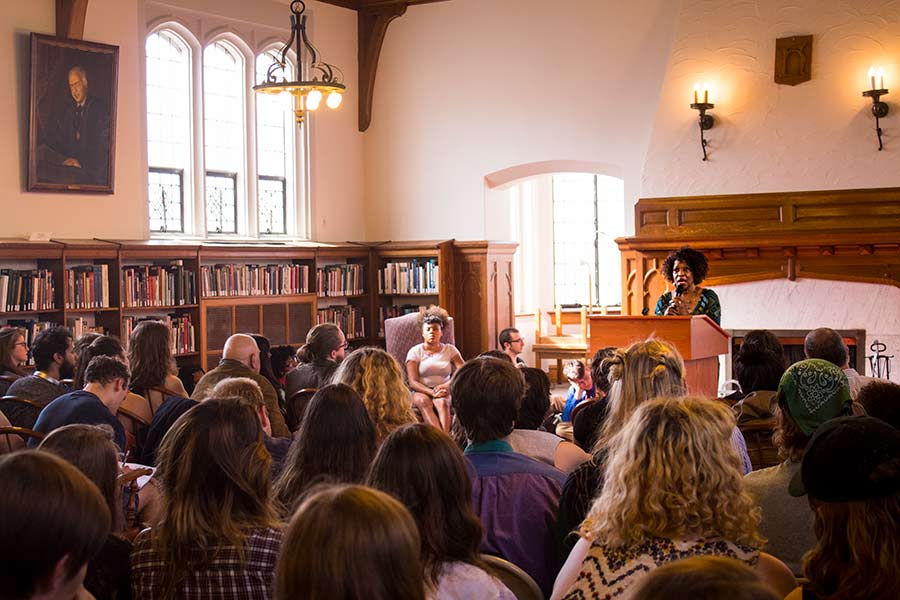 "In her introduction, Professor Natania Rosenfeld said that Rita Dove is a poet idol," Croce said. "For me, it's the same, and I feel it's the same with a lot of people. I think that everyone finds a Rita Dove poem that they take with them that guides their own poetry, in a sense."

The Commonwealth Professor of English at the University of Virginia, Dove served as U.S. Poet Laureate from 1993 to 1995 and received the 1987 Pulitzer Prize in poetry for her collection Thomas and Beulah.

"I think her visit really solidified why I chose Knox because we have a really great English literature department," said Musselman. "After that class, I realized that I could write poetry, which was something I never knew I could do before."

"I was published in the Knox literary journal Catch after I took that class and really fell in love with Dove's work," she added. "Hearing her speak just proves to me how inspirational she is."