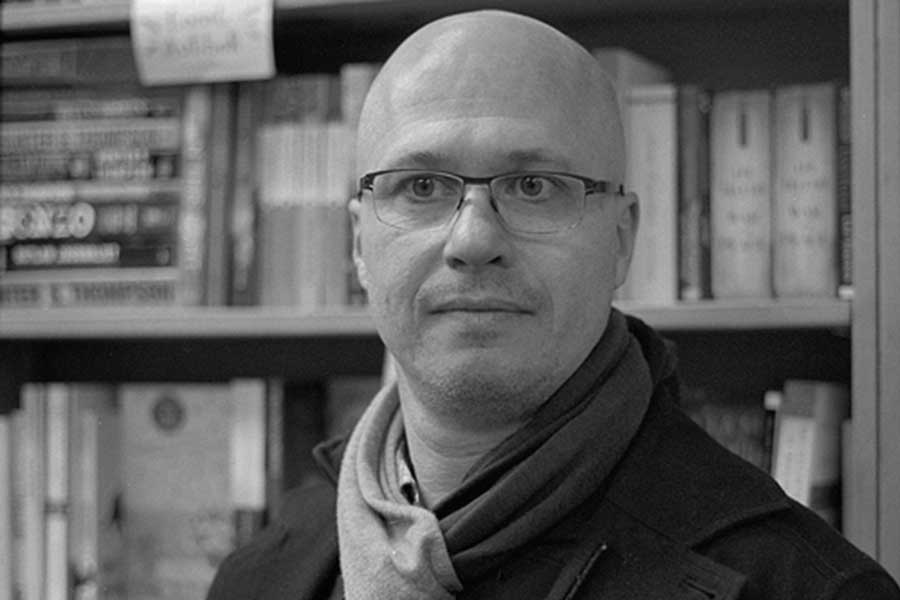 Knox College welcomes award-winning writer Aleksandar Hemon on January 30 to kick off the Visiting Writer Series in celebration of the College's 50th anniversary of the Program in Creative Writing. Hemon will present at 4 p.m. in the Bookfellow Room at Seymour Library on the Knox College campus.

Hemon is the author of The Making of Zombie Wars; The Lazarus Project, which was a finalist for the National Book Critics Circle Award and the National Book Award, as well as The Question of Bruno; Nowhere Man; Love and Obstacles; and The Book of My Lives.

Born in Sarajevo, Hemon was in Chicago in 1992 when his homeland came under siege and he sought political asylum in the U.S. Hemon wrote his first story in English in 1995, with many of his early works dealing with the Yugoslav wars and his new refugee life.

His work (both fiction and nonfiction) has been featured in The New Yorker, Esquire, Granta, The New York Times, Playboy, McSweeney's, TriQuarterly, The Baffler, The Wall Street Journal, Tin House, Ploughshares and The Paris Review, among others. He has been the recipient of a Guggenheim Fellowship, a "genius grant" from the MacArthur Foundation, and a 2012 USA Fellowship. He has been awarded the Jan Michalski Prize for Literature and the PEN/ W.G. Sebald Award.

Support for the 50th anniversary of the Program in Creative Writing has been provided by the Knox College Department of English, the John and Elaine Fellowes Fund, the Caxton Club, the Cultural Events Committee, the Office of the Vice President for Academic Affairs and Dean of the College, the Office of the President, and the Offices of Admission, Advancement, Alumni Relations, and Communications.