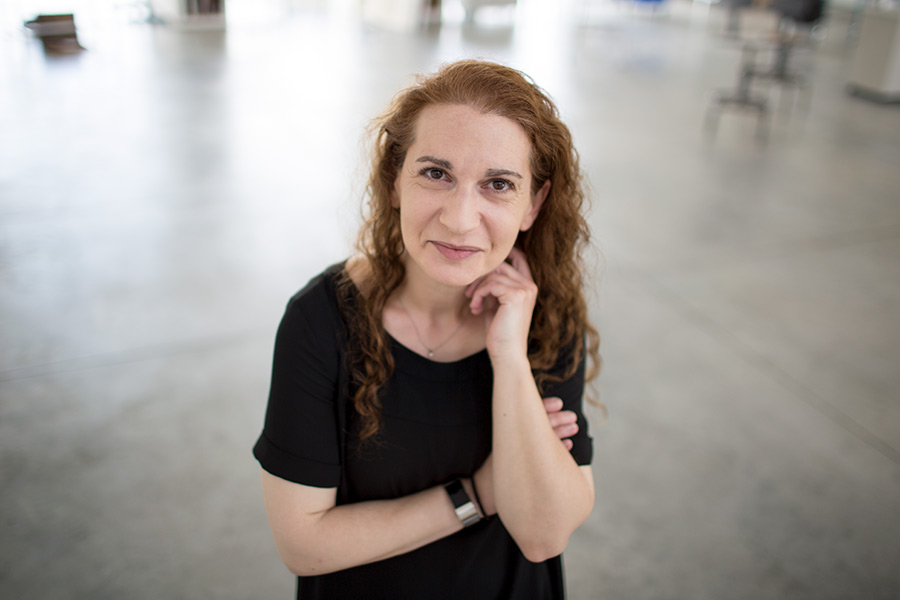 A collection of poems by Professor of English Monica Berlin '95, Nostalgia for a World Where We Can Live, was awarded the Crab Orchard Poetry Open Prize and has been published by Southern Illinois University Press.

Berlin says that the majority of the book was written following the economic downturn in 2008 in which Galesburg was hit hard by the collapse of industry. “As long as I’ve lived here, I’ve watched this place struggle to adapt and struggle to be the best version of itself, and I was trying to come to terms with all that while also honoring this place for what it is, loving this place as it is.”

During those years, says Berlin, it also seemed that there was an increase in significant catastrophic natural and unnatural disasters. “The poems document a small part of my experience raising my then-young son amidst that backdrop, my trying to make sense of what was happening in the world and in our country and in Galesburg.”

Having written the manuscript over a number of years, Berlin focused on working through images and ideas that had stayed with her during this time period.

“I was working through some thread of words that kept troubling me, some phrase that would catch and take hold,” she commented. “At a certain point, enough work had accumulated, and I began to consider what conversation might be occurring across and between poems.”

Berlin’s experience in the classroom has influenced her creative work. She emphasized that she tries to enact the lessons she daily aims to teach. “We’re always changing as artists, as people, and I try to show that to my students, not just in the classroom but also on the page,” said Berlin, who has been a member of the Knox faculty since 1998 and is chair of the Department of English. She teaches poetry, creative nonfiction, fiction, and late 20th through 21st century American literature. She received the College's Philip Green Wright-Lombard College Prize for Distinguished Teaching in 2003.

In addition to the Crab Orchard Poetry Open Prize, Berlin and co-author Beth Marzoni '04 received the 2013 New Measure Poetry Prize for No Shape Bends the River So Long, a collection of poems which was published in 2015. She also received a Pushcart nomination for her nonfiction essay "Still, Rivers" in 2014.