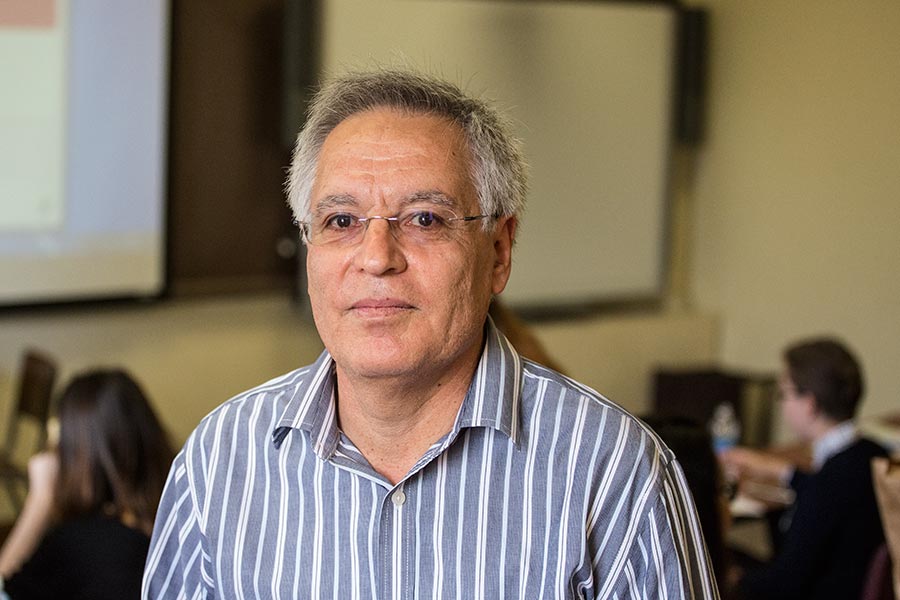 Noriega, associate professor of modern languages (Spanish), grew up in a bilingual community speaking both Quechua and Spanish, but little of the language was available in print.

"It's hard to find any standard writing since there is not an education in the Quechua language itself," said Noriega. "There have been many attempts and they are trying to come up with bilingual education, but it hasn't gone far."

During a visit to Peru in 1993, Noriega discovered that a limited amount of literature in Quechua existed. He then spent more than 20 years assembling the anthology, piecing it together by making connections through friends and family and by conducting research in private libraries. His research was supported by funding from Knox.

Published in Peru, Noriega's anthology features Quechua poetry with Spanish translations. Noriega's extensive research led to the anthology's publication of each poem in its completed form. He includes the history of each poem—how many versions exist and how these versions have changed. He hopes that his research will be helpful for other scholars with similar interests.

"Since there is no library where you can find a selection of Bolivian Quechua poets, you have this book. For me, this book is kind of like a mobile library," said Noriega. "It means my library now will be available wherever you want to take it, and now it's accessible to everyone."

Noriega, his book, and his research also have been featured in Barrio, a news, politics and pop culture site for Latinos living in the U.S.

Noriega has been a member of the Knox faculty since 2009. His teaching interests are primarily in Latin American languages and literatures, while his research interests lie in Spanish-American migrant literature and indigenous cultures of America. He takes great interest in traveling with his students, and recently taught a class centered around Andean culture that included a trip to Peru.