The Latest on Knox's Search for a New President 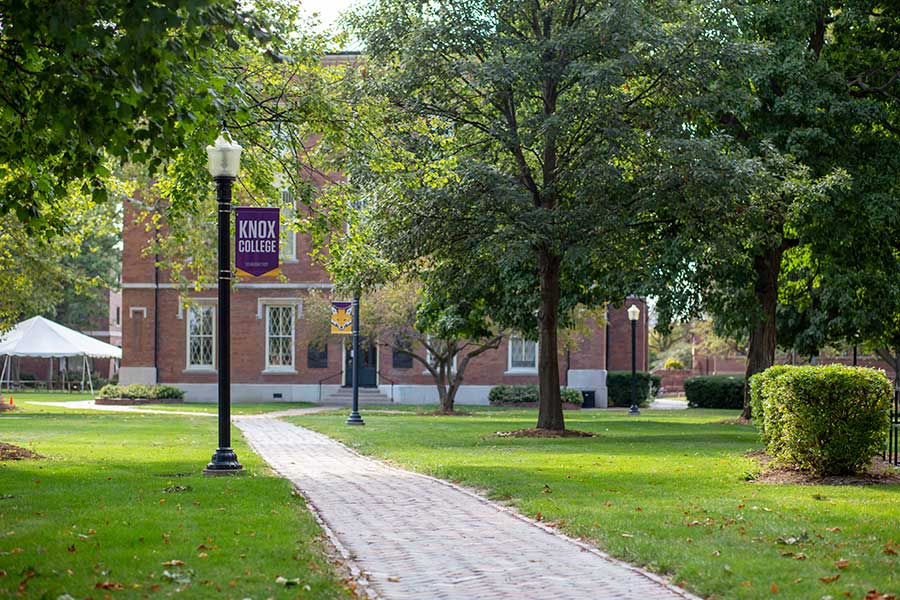 With fewer than nine months remaining before President Teresa Amott's announced retirement on June 30, 2021, Knox Trustee Tony Etz ’83, chair of the search committee tasked with finding her successor, has provided an update on the committee's progress. His message follows:

President Teresa Amott announced her retirement in February, with this current academic year being her last. The Knox College Board of Trustees appointed me to chair the search and at their direction a search committee was formed, and together we have worked since spring on this major and most important task. This update covers what’s been done so far, what our plans are over the coming months, and where you can find additional information as we go along.

As we began our work, I solicited input from many constituencies as to what they hoped for in the next president. I listened to students, faculty, staff, senior staff, and alumni. That feedback was collected via a Google form, through virtual meetings with small groups, through email, and in phone calls. In total, we have ultimately received feedback from several hundred people. Generally, it’s clear that our community values our culture, and wants a president who will honor that culture, but also wants someone who is willing to innovate and change as the College faces any number of challenges over the next few years.

Early this summer, the committee considered the applications of several national search firms that applied to aid us in creating a pool of candidates from which we’ll choose our president. After discussion among the entire committee, a subcommittee interviewed four finalists and selected Chuck O’Boyle (PDF). Chuck has specialized in senior recruiting for colleges and universities since 2002, following a decade in law practice, initially in New York. He established his independent academic search firm in Atlanta in 2005. He was a history major at Amherst College and earned a J.D. degree from the University of Michigan Law School. He is now based in Providence, Rhode Island. His recent clients have included Brown, Harvard, Earlham, Lawrence, Oberlin, Washington University in St. Louis, Vanderbilt, University of California Irvine, and the University of South Carolina. The committee responded to Chuck’s strong passion for residential liberal arts colleges, and for his appreciation of Knox specifically.

Since his hiring, Chuck has been working diligently to create our pool. He created and then placed an ad in numerous publications, such as The Chronicle of Higher Education. He traveled to Galesburg in late September to do his own listening tour of various campus constituencies and met with a group of Galesburg community leaders as well. He lastly created a prospectus (PDF) for the position.

The search committee will continue to meet through the fall and early winter, reviewing the pool of candidates, and ultimately, interviewing a group of semifinalists before bringing two or three finalists to campus. Although the exact timeline is confidential, we will be seating a new president before Teresa’s retirement at the end of June 2021.

I know that this moment of change can be unsettling, especially in a time of pandemic.  In closing, I want to reassure you that we will have a successful search. Knox is a unique and wonderful place, and the candidates who have already put themselves forward are strong and interesting and uniformly attracted to the character and the culture of the College. They see what we know to be true, that Knox is a place with great history and with a potential for an even greater future.

For more information on the search, visit the Presidential Search website. If you have comments or concerns, share them with Tony Etz and the rest of the search committee by emailing presidentialsearch@knox.edu.