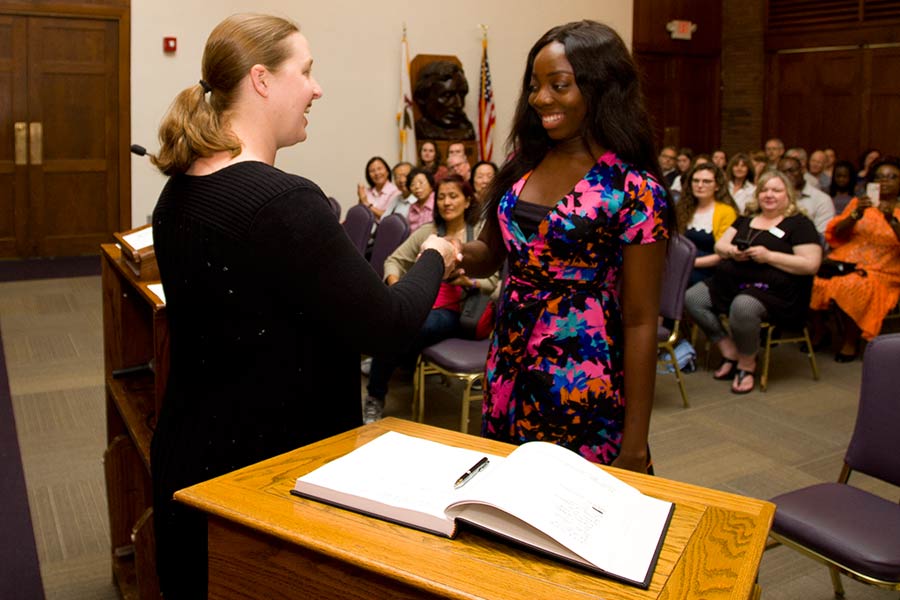 The day before Commencement, 38 Knox students were welcomed into the nation's oldest and most prestigious honor society, Phi Beta Kappa.

Only 10 percent of U.S. colleges and universities have Phi Beta Kappa chapters. The Knox College chapter was founded in 1916 and is the fourth oldest in Illinois (following Northwestern University, University of Chicago, and University of Illinois) and the first at an exclusively undergraduate, four-year liberal arts college in the state.

Although most Phi Beta Kappa inductees are graduating seniors, a select number of juniors are also elected annually.

* indicates students elected as juniors in 2018