New York Times: Knox Among Colleges "Doing the Most for the American Dream"

Ranked #16 in nation for economic diversity, Knox is "impressively diverse" 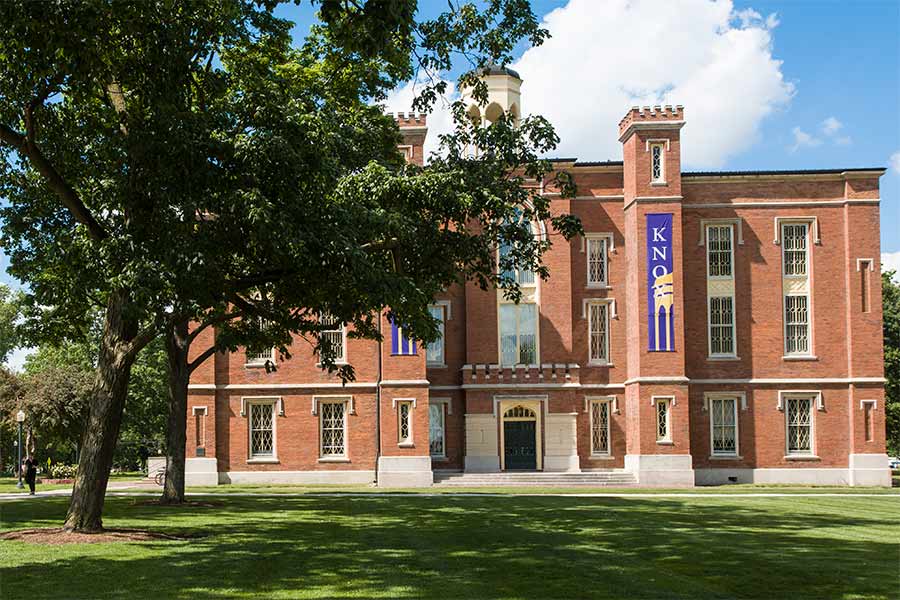 Knox College is ranked among the nation's top colleges identified by The New York Times as "Doing the Most for the American Dream." Based on data from more than 170 colleges and universities, the newspaper is ranking Knox #16 in the 2017 College Access Index. Among other schools in the top 20 are Harvard University, Yale University, Amherst College, Vassar College, University of Florida, University of North Carolina and six campuses of the University of California system, including UC-Berkeley and UCLA.

The ranking evaluates schools that are doing the most for lower- and middle-income students—providing the financial support that leads to graduation and academic success.

Knox is specifically noted as "impressively diverse" in an Opinion column by New York Times reporter David Leonhardt. Leonhardt is the author of the story about the rankings, "Top Colleges Doing the Most for the American Dream."

According to Leonhardt, the College Access Index evaluates colleges with a five-year graduation rate of at least 75 percent, "based on their commitment to economic diversity—how many low- and middle-income students graduate from the colleges and how much those students pay to attend."

In a separate commentary on national and state educational funding policies, Leonhardt said the United States should be "investing more of its resources in education," which he calls "the country's most powerful engine of upward mobility."

"Knox was founded to increase access to higher education, and this measure of economic diversity proves our commitment to our mission and to our students is among the strongest in the nation," said Knox College President Teresa Amott. Knox has been ranked in the top 20 in the nation in both 2017 and 2015—two of the three years that the College Access Index has been in existence.

Learn more about the outcomes of a Knox education.

The College Access Index is based on three factors: the share of first-year students receiving Pell grants, which most often go to students from households with annual incomes less than $70,000; the graduation rate of students; and the net price (after financial aid) of college for lower- and middle-income students.

● Kiplinger's Personal Finance​: 10 years in a row, Knox is ranked in "Best College Values" for both outstanding academics and affordability.

● Washington Monthly: Knox ranks #13 in the nation for its contributions to the public good; also one of the Midwest's "Best Bang for the Buck" schools.

● Forbes: Knox listed in the 2016 Grateful Grads index, identifying top colleges in America where alumni feel that they received the greatest return on their college investment.

● The Princeton Review: For 25 years in a row, Knox has been featured in The Princeton Review, which recognizes only 15% of America's 2,500 four-year colleges; also listed in Green Colleges Guide for sustainability, and among the top Schools That Give You the Best Bang for Your Tuition Buck.