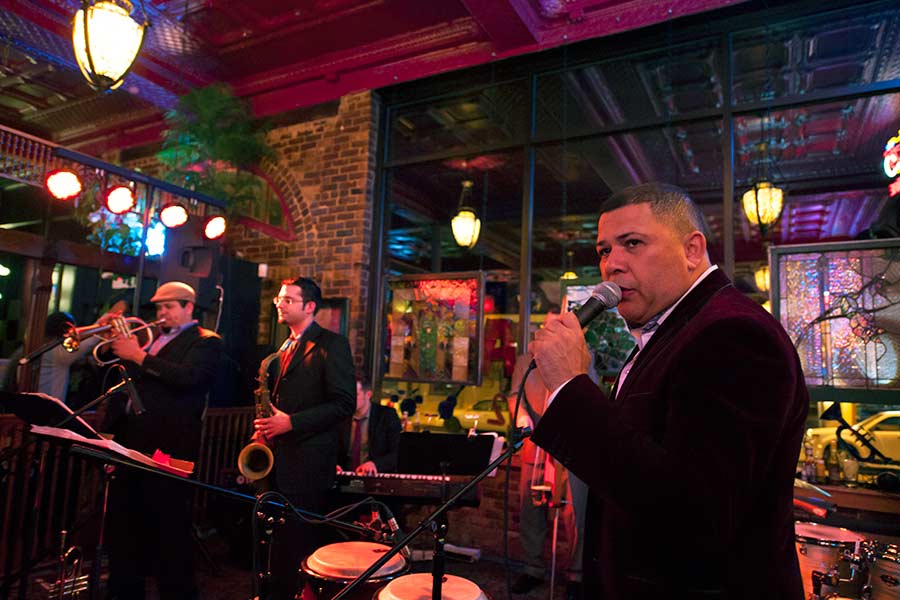 The group was one of the featured guest performers at Knox's Rootabaga Jazz Festival in 2014.

In addition to the free concert, CALJE will hold a free, public workshop at 4 p.m. on Saturday, January 13, in Jay Rehearsal Hall on the Knox campus.

Pictured above: Members of the Chicago Afro-Latin Jazz Ensemble perform at the Knox Rootabaga Jazz Festival in 2014.