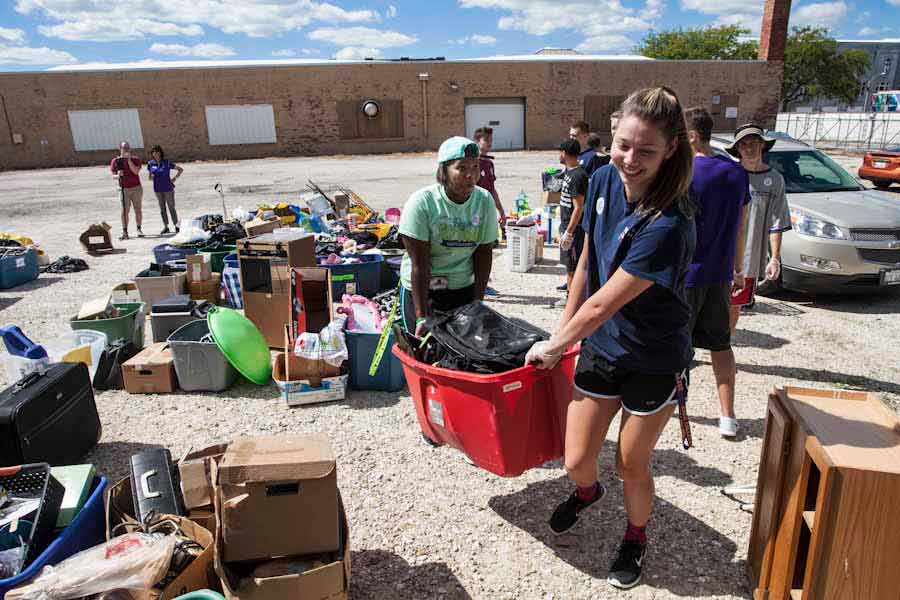 Knox College has received national recognition for its commitment to community service by being named to the President's Higher Education Community Service Honor Roll.

Knox earned the Honor Roll's "With Distinction" designation in the Economic Opportunity category. "With Distinction" is a reflection of Knox's strong institutional commitment to community service and its involvement in partnerships that produce measurable impact in the community.

With this most recent honor, Knox now has been named to the President's Honor Roll six times in the past seven years. The latest award focuses on the local economic impact of three of Knox's community service initiatives:

More than 1,300 Knox students—nearly all of them—engaged in community service during the 2014-15 academic year, which is the period covered by the most recent President's Honor Roll. They contributed more than 60,500 hours to community service.

(Photo at top of page: Knox students volunteer by sorting and transporting clothes and other items at The Purple Hanger Resale Shoppe, a Galesburg business whose proceeds benefit the Safe Harbor Family Crisis Center.)