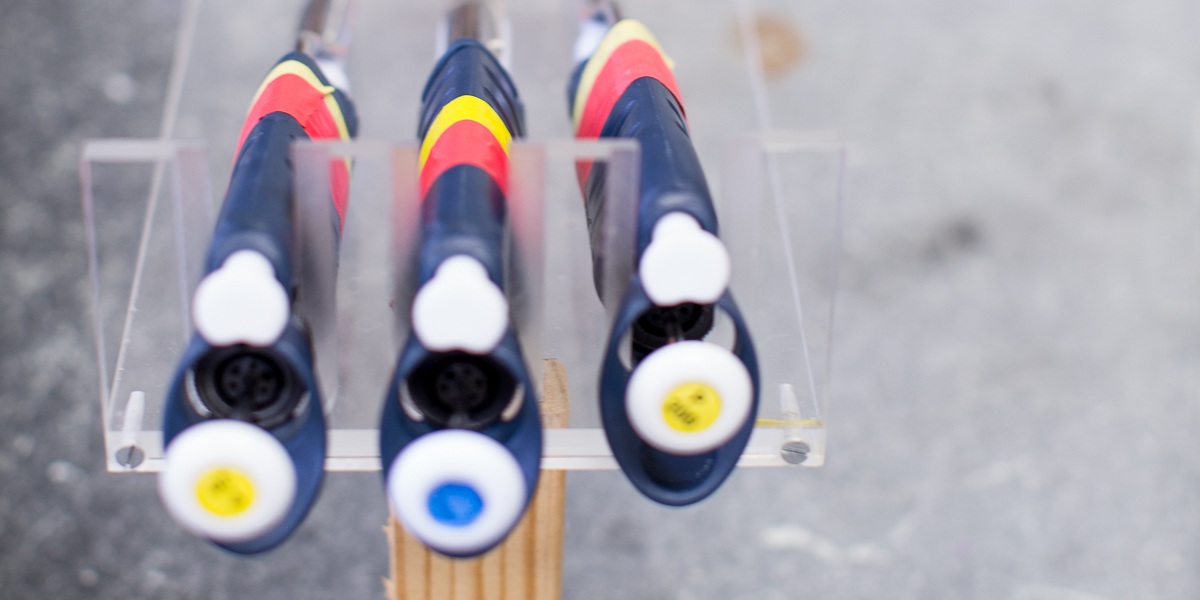 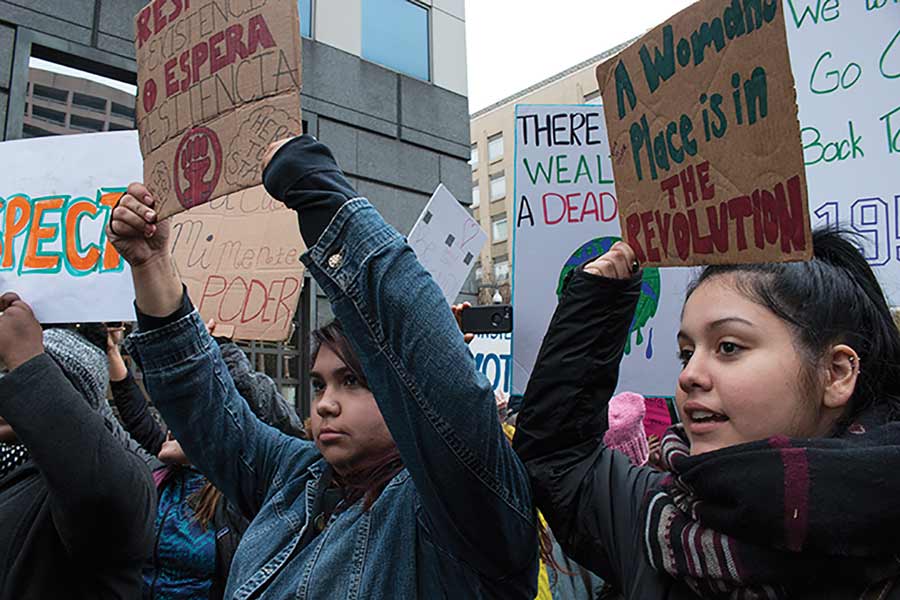 From Galesburg, Illinois, to Washington, D.C., Knox students, alumni, staff, and faculty joined in women's marches on January 21 to express solidarity in the midst of a changing political climate.

Knox alumna Mrinalini Chakraborty '12, who sits on the national committee for the Women's March, was instrumental in the formation of the D.C. march and its global movement.

At Knox, Chakraborty was involved in SASS (Students Against Sexism in Society), and as a woman and an immigrant, she felt a pull to take action. After learning about the D.C. march, she immediately reached out and asked organizers what she could do to help. By the end of the week, she had organized a team to help mobilize Illinois.

"We were literally trying to complete the impossible in 12 weeks," she said.

Closer to home, Knox staff member Keegan Dohm '16 was also searching for ways to mobilize. She was interested in attending the Washington March, and wanted to help students attend as well. She helped form a planning committee over winter break, but by the time classes resumed they were on a tight schedule.

The group secured Student Senate funds and was able to raise enough money through a crowdfunding campaign to cover a coach bus and other expenses.

"What really worked was the team itself, and the amazing support we had from administration, alums, and a large portion of the Knox community," said Dohm.

On the evening of January 20, 54 students piled onto a coach bus with backpacks, pillows, and blankets for the 13-hour bus ride to Washington, D.C. Many brought homemade signs and posters. There were mixed feelings of excitement and nervousness, but many expressed the urgency of taking action.

"I knew now was not the time to make up excuses as to why I don't have time to voice my opinions," Monica Martinez '19 said.

Before the march began, students attended a rally that featured high-profile speakers such as Alicia Keys, Janelle Monae, Gloria Steinem, and Angela Davis.

"They used their platform to emphasize that feminism isn't a one-shot issue, and that it extends into every human rights movement from civil rights to the environment. I've been inspired by Angela Davis and Gloria Steinem forever, and to see them out there, at this march, still fighting made me really emotional," said Dohm.

After a full day in D.C., Knox students piled back on the bus, heading home after many hours of traveling, rallying, and marching together.

Despite the long day, Martinez knew this was an event she would remember.

"[The march] was an experience of a lifetime, and I will carry the wisdom and power that came from it for the rest of my life. I didn't know what to expect, and therefore was very overwhelmed by the emotional, physical, and spiritual effect the march had on me. There is something about being surrounded by a sea of people who share a common belief that sparks a fire within you, it changes you in the best way possible," she said. 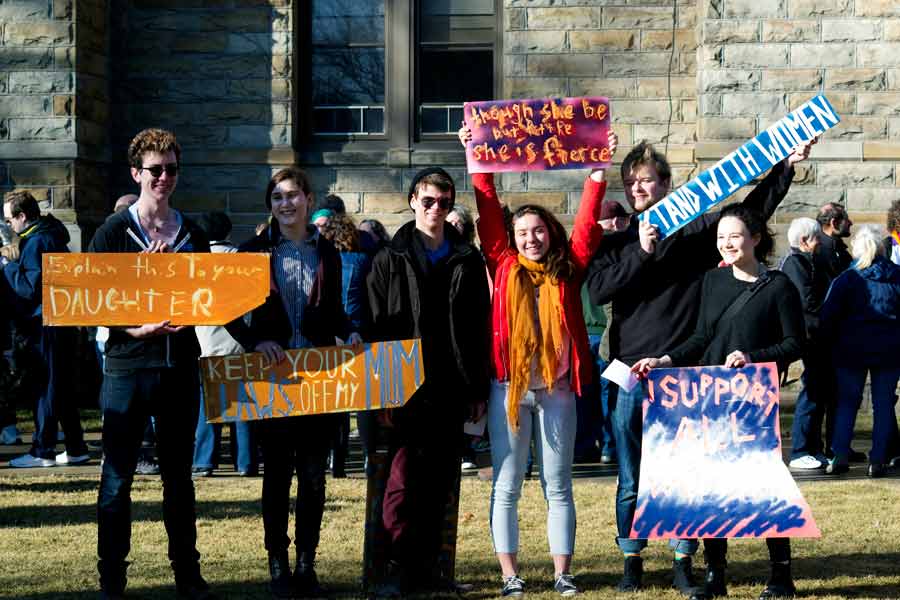 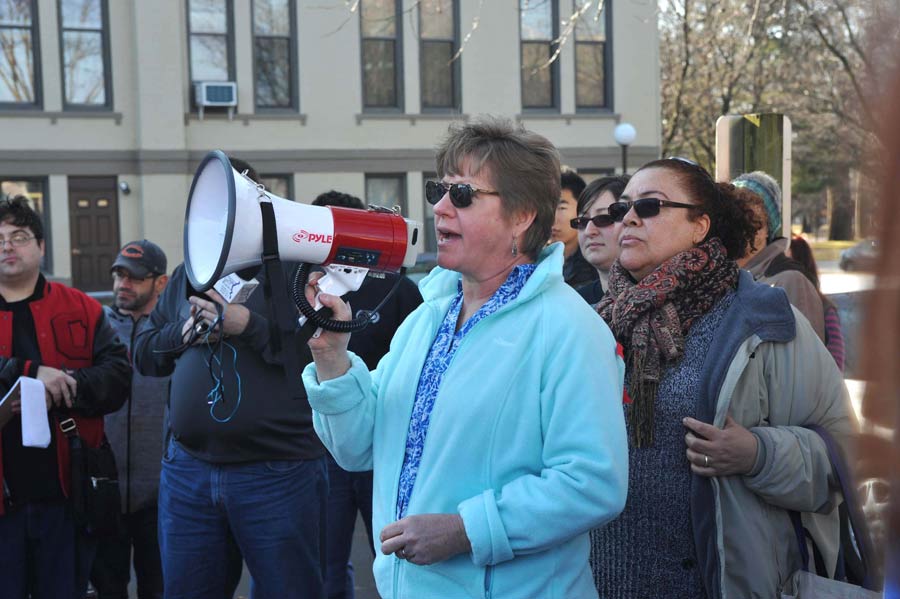 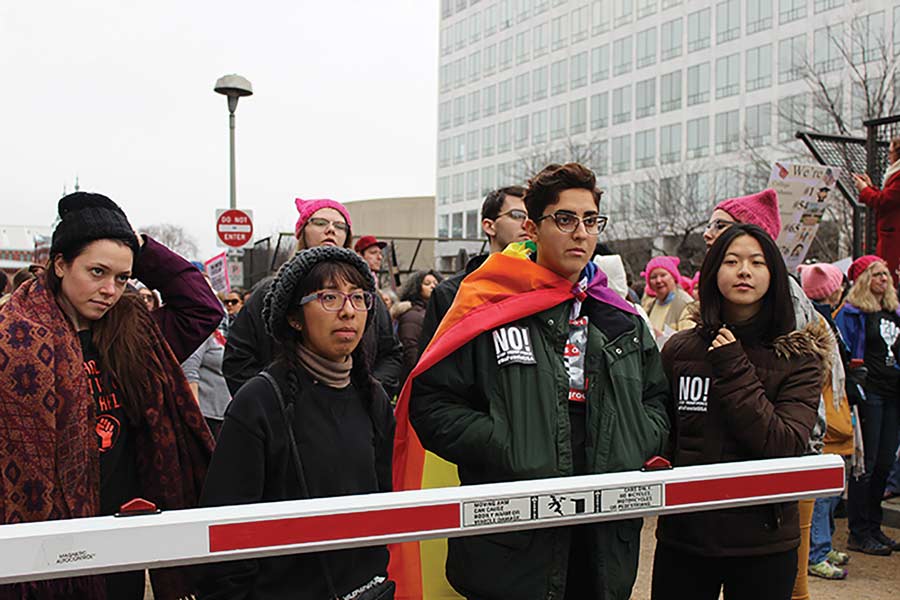 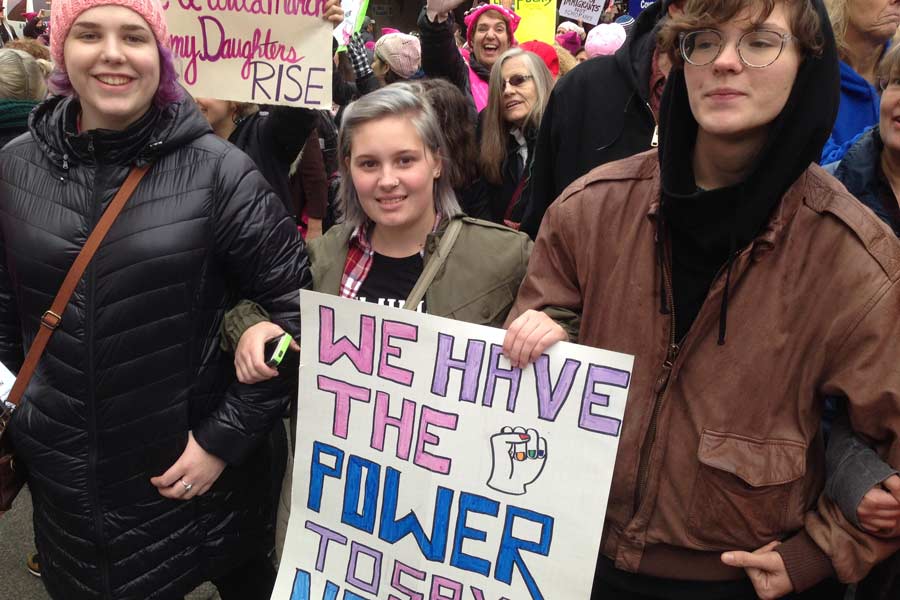 At the same moment that the 54 were marching in Washington, Knox students and professors joined community members at the steps of the Knox County Courthouse in Galesburg for a sister march. Filling the sidewalk, they marched down South Street, around Standish Park, and wrapped up at the Galesburg Public Library, where some met afterwards to further discuss and reflect.

Although the march was originally expected to bring out 200 people, it far exceeded expectations with almost 500 participants.

"It just snowballed," said Professor Brenda Fineberg. "This kind of energy is contagious."

According to Fineberg, these marches are bringing people together who may not be politically active but feel pushed to the point of taking a stand.

"It was a march waiting to happen," she said.

“Anyone who thinks one person can’t make a difference is wrong.”—Professor Brenda Fineberg