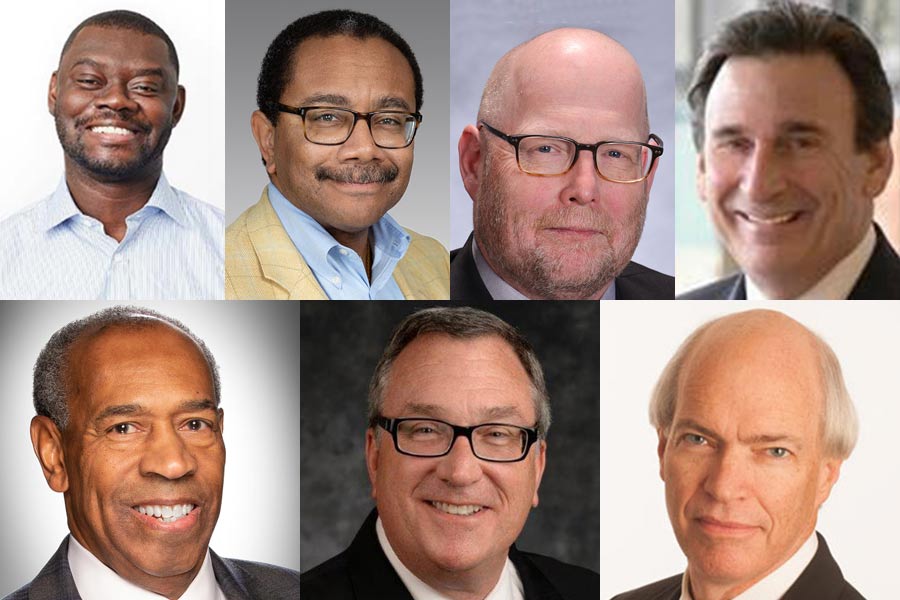 Prior to joining Helix Opco LLC, he was a healthcare consultant with GfK Market Access, helping his pharmaceutical clients develop payer reimbursement strategies for therapeutics and diagnostics. Asabere was also a visiting researcher in the genetics department at Stanford University School of Medicine, where he studied biological differences between primate species using next-generation sequencing technologies.

He received both his doctorate and M.S. degrees in genomics from Yale University and received several scholarships as a student at Knox. Asabere also served as co-chair of the Honor Board and graduated from the College with a degree in biology with academic honors.

He continues to volunteer with the Alumni Engagement Office and Bastian Family Center for Career Success and continuously looks for opportunities to return to the Knox College campus.

His surgical career spans many years, with experience in academic and military medicine. He completed his general surgery residency at the Department of Surgery, Baylor College of Medicine, and a surgical oncology fellowship at the National Institutes of Health, National Cancer Institute. Cole also served as an assistant regimental surgeon, executive officer, of a medical company in the U.S. Marine Corps.

His diverse professional background has afforded him the opportunity to collaborate with and learn from physicians in other countries, under many different practices and medical settings. Cole is a firm believer in the philosophy, “See One, Do One, Teach One.” Throughout his career, he has enjoyed teaching and watching students grow as they develop their knowledge and skillsets.

For recreation, Cole is an avid alpine skier and also enjoys cooking.

Draper is a management trustee on the Electrician’s Fringe Benefit Fund and is a board member for the Mankato branch of West Bank. He graduated from Knox College with a BA in history. He is the proud father of two children, with one of them currently attending Knox.

Martin Glickman has been a wealth management advisor with Northwestern Mutual in Skokie, Illinois, for more than 40 years. He holds Chartered Life Underwriter and Chartered Financial Consultant designations from the American College, Bryn Mawr, Pennsylvania.

He is a past president of the local branch of what is now the National Association of Insurance and Financial Advisors (NAIFA), was most recently chair of the Knox Alumni Council, and is the Chicago Knox Club representative. He is also a past president of his synagogue.

In recognition of his community activism, he was awarded the Leadership Pikes Peak Community Inspiration Leadership Award in 2015. Mason holds a B.A. in political science from Knox College, an M.S. in personnel management from Troy University, a master of military art and science from the U.S. Army Command and General Staff College, and is a graduate of the U.S. Army War College.

Tedeschi’s background includes starting clinical practice in a rural community, serving as interim co-CEO and hospital president for a large suburban integrated-delivery system, serving as interim COO of Chicago’s Cook County Health & Hospitals System, and leading organizational performance improvement as the COO and CMO of two urban safety-net hospitals. While in Chicago, he served as a clinical instructor at the Northwestern University Feinberg School of Medicine.

Tedeschi is an expert in orchestrating turnarounds, having led six financial/quality/strategic turnarounds in complex environments that were operational immersions and resulted in marked financial and cultural improvement that brought stability to each healthcare organization.

Board-certified in family medicine, he holds a medical degree from the University of Illinois College of Medicine, and master’s degrees in business administration from Northwestern University and public health from the Medical College of Wisconsin. He graduated with a B.A. from Knox College.

Tedeschi has been recognized as one of Modern Healthcare’s 50 Most Influential Clinical Executives and received the American College of Healthcare Executives Chicago Metro Leadership Award, as well as the Detroit Community Health Connection Thomas Van Coverden Leadership Award.

Based in Itasca, Illinois, he works with leading IFS customers and prospects with a focus on enterprise asset management, field service, and complex manufacturing solutions, leveraging leading-edge technology to drive transformative business outcomes. Veague joined IFS in 1999 and has held various pre- and post-sales positions.

He holds a degree in computer science and mathematics from Knox College.